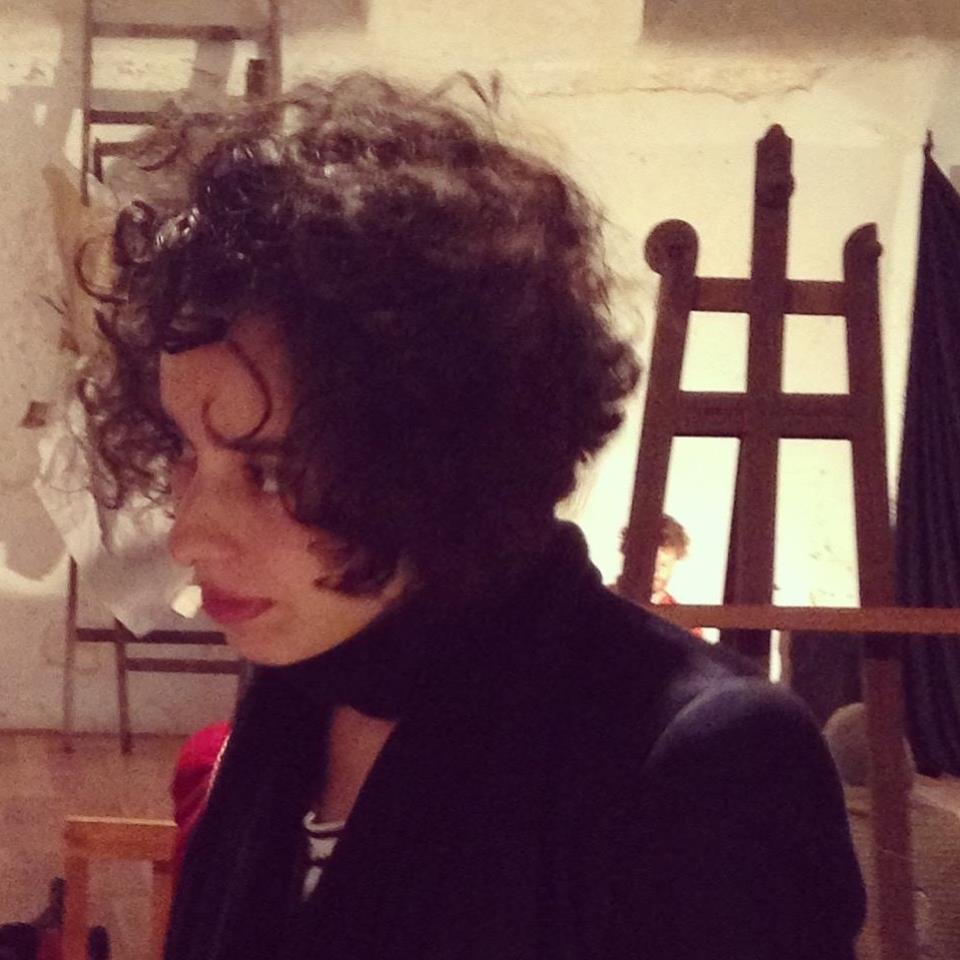 Elatra is an Algerian-American artist who grew up with a mix of French and North African culture. She, first, pursued engineering studies which only reinforced her need to live her art fully. She benefited from Art residencies in Portugal and Germany. Mainly self-taught, she studied art at Pacific Northwest College of art (Portland) and Paris University. She taught art in French schools in the US and is now back to France, her forever host country.  She exhibited in Paris, Algiers, Portland, Lisbon, Hersbruck (Germany), Washington and Virginia (list below for details).

"A face, a body fragment, and an oneiric atmosphere, where reality and dreams, intuition and rationality, feminine and masculine are all but merged. I explore forms and colors in a permanent visual quest of the nature of human, the nature of emotions and feelings. A sort of telepathic painting of what lies behind the eyes, behind every trait of the figure, what emanates from it and what we perceive from it. It is also a work on memory and what remains. The memory of the body and the heart."