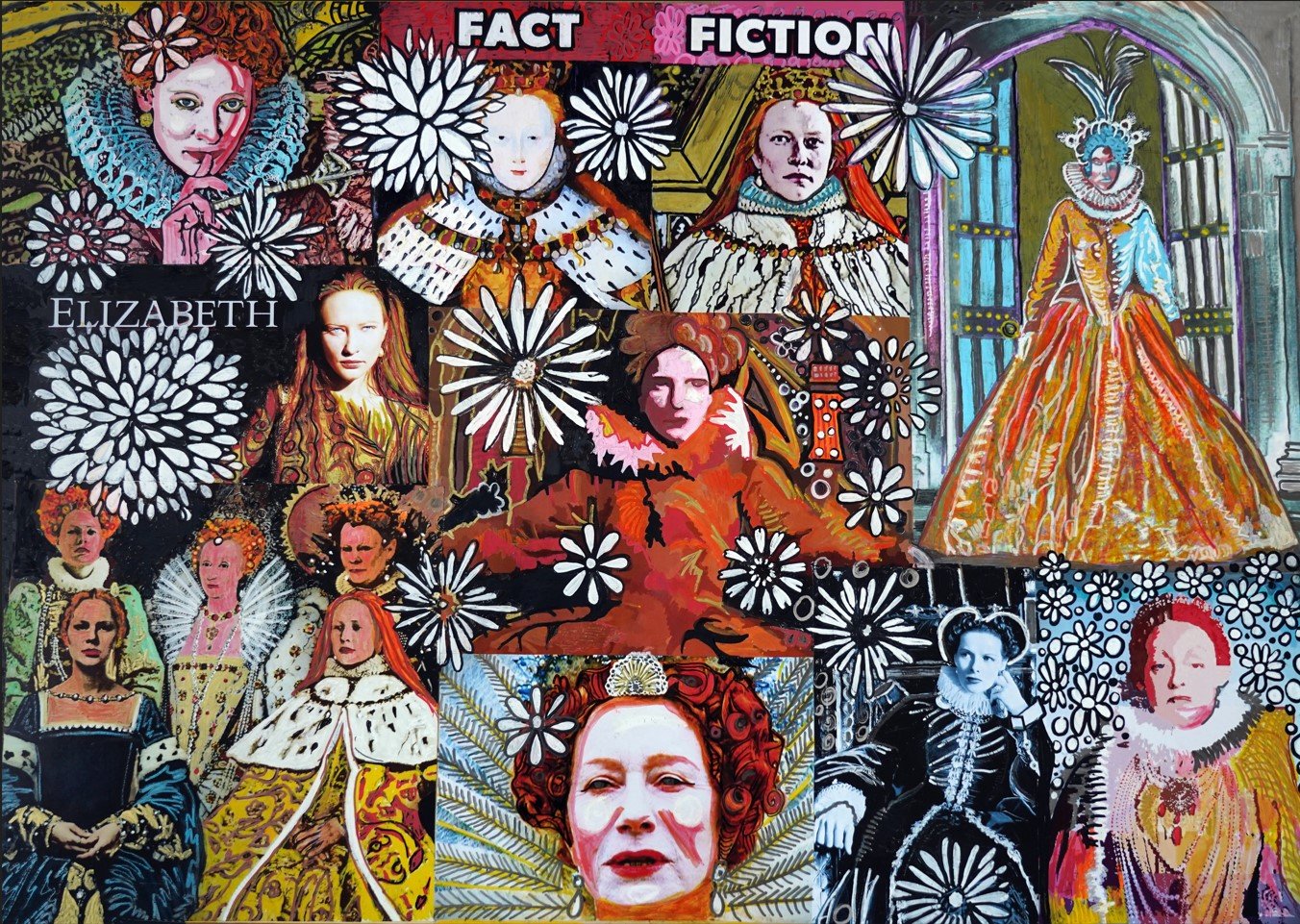 She loved Beauty, Art, Nature, Curiosities, "Kalos Kai Agatos", the Hellenic concept of Beauty and Good - She was spontaneously attracted by all that is Harmonic following an instinctual Fibonacci Numerical sequence, which she then integrated with elements of Sacred Geometry and Mystical Kabbalah, then she dived into Colors through Studies at Asiact - Aura Soma International Academy of Color Technologies expressing herself artistically through the "FREQUENCY OF THE COLOR" and the "VIBRATION OF THE WORD" either in the "Soul Portrait Project", in the "Mandala Mandelbrot Chakra Vortex" and recently in the "Collage New Pop".

Olympia Dotti has exhibited both in Museums in Italy, Macro Museum in Rome, and abroad, Museè' du Manége in St. Petersburg for the Italian Pavilion, also distinguishing herself with Critics and Jury Awards for the Triennale Cult of Art Rome, both with the Critical Video intervention by Professor Vittorio Sgarbi during the Capitolium Exhibition in the "Sale del Bramante", and on Olympia Dotti's Youtube Channel, within the “Ad Hoc” FORMAT "In Camera con Olympia", Program of Video Interviews between Art, Nature and Curiosity.

She founded the MIAF, Italian Museum of Feline Art, between Art, Nature and Curiosity with its 7 Charity Missions, as a Widespread Museum, but also with Pop-up Exhibitions for some years, but in its New Form 2023, in Technology 3.0 as a Holographic and Interactive Virtual Museum Platform that can be visited as a Videogame, with Nft Images in Blockchain.

Born from an Artistic Urgency to return to old Childhood Works Reworked with Contemporary Techniques in which the Work of Collage of Images and Sensations that after being composed and then reworked through Painting, also in Gold Zecchino, are Photographed and Printed on Plate in Brushed Aluminum in which the White Color is not printed, obtaining a Surprising result, Extraordinarily Dynamic and Bright, which shines through the back of the Canvas itself, the Brushed Aluminum that is Satin and Iridescent, a true Beauty for the eyes.

In addition to the fact of being able to Customize the Size of the Work within the choice between the "9 Iconic Heroines" carefully selected among Women who are recognized worldwide, as in the Archetype of the 9 Muses of Ancient Greece that represented the supreme Ideal of Art understood as the truth of the "All" or the "Eternal Magnificence of the Divine" that we find in the work of Olympia Dotti emphasizing the indispensable values embodied nowadays by the Heroines themselves.

Women who embody Virtues such as Loyalty, Heroism, Patriotism, Courage, Beauty, Elegance, Femininity, Altruism, Style, Generosity, but also Eccentricity, Despotism, Moodiness, the sacred Feminine in All Its Shades that crosses the Centuries reaching Us in a Universal Language of Love and Passion always conveyed through the daughters of Eve

The "9 Iconic Heroines" made POP by the Brazenly Colored Art, in the Meaning of the use of the "Collage Technique”, have been carefully chosen through the Ages and the History of the Times because, although some Prey of their Vanity and Vices, we find Loyalty to the Fatherland, Honor, Courage, Indomitable Spirit, Sacrifice, Charisma, Charm, Beauty, Seduction, these are the same choices among many and reduced to 9, like the Muses, Full of their Difficulties on the Human Level that have nevertheless left us traces of Free and Indomitable Spirits, Great Examples to Inspire us:

In this precise Historical Moment, in which we are totally devoid of References worth taking as Charismatic Examples, she also considered

"THE MADONNA", as a feminine figure, strong, pure and as a symbol, but she also thought that "THE MADONNA"

it is already in each of us and this is its a Constant Miracle,

and it is precisely for this reason that she has decided to deprive us of its iconographic and iconoclastic figure.

The Choice among all the Pop Icons at this precise moment fell on Elizabeth the First as a tribute to the recent death of Elizabeth the Second, the Queen who had the longest reign in the history of the British Crown, 69 years to be precise, 5 more than her great-great-grandmother, Queen Victoria (whose reign lasted 64 years).

Elizabeth I Tudor reigned from 1558 to 1603 carrying out Her Political Thought of Religious Pacification and Social Mobility, Favouring the Growth and Development of England. Among the most important historical events we remember that he supported the Anglican Church against the attempt to restore the Catholicism of Mary the Bloody.

In 1588 he destroyed the "Invincible Army" of Philip II who tried to invade England, Famous his "Discourse to the Troops at Tilbury" integral part of the Work and Research of Olympia Dotti on the Opera Collage New Pop Homage to "Elizabeth the First - Power Virginity & Death", and then in 1599 the Queen suppressed the Irish Revolt.

Her most famous phrase was "All My Domains for a Moment of Time".

"Call me a priest: I have decided that I must die."

Close to seventy years, an age that in the seventeenth century almost no one came to reach, she was the oldest Sovereign. She died at seventy-seven in 1760, this binds her in fact to the Great Longevity of Queen Elizabeth II (born Elizabeth Alexandra Mary Windsor) Recently deceased (Balmoral - 8 September 2022) which has aroused in Olympia the Stimulus for a Homage that crosses the Ages to arrive until today in the one in which Elizabeth II can be a Reference for Her all-female Kingdom.

In the Opera - Collage New Pop - by Olympia Dotti we can find the Search for Various Types of Representation ranging from "FACT" to Cinematographic "FICTION" starting from the Hollywood Golden Age of Elizabeth the First, from the oldest in the films with Bette Davis or Katharine Hepburn to the most modern to pass from Helen Mirren to Cate Blanchett, from Judi Dench to the very young Margot Robbie compared with the Examples of Picture Gallery of the Period such as the Portrait of Queen Elizabeth the First, the Virgin by Marchus Gheeraerts the Younger of 1592 or the Portrait of Her Coronation.

The Portrait is from the First Decade of the XVII Century which is a Copy of the Original of 1559, unfortunately lost.

We can note that from the point of view of "Fiction" the Cinematographic Transposition of the Life and History of "Elizabeth the First" has earned in the various Cinematic Ages Awards and Recognitions between Golden Globe and Oscar Itself: 1 Academy Award for Best Actress to Cate Blanchett, 1 Golden Globe Award, Best Actress Award in a Drama Film to Cate Blanchett and 5 BAFTA Awards.

The Motivation of the Research that led the Artist Olympia Dotti to present her work on the Iconic New Pop Heroine "Elizabeth the First", chosen among the “9 Iconic New Pop Heroines” mentioned above that can vary in Size and slightly in Technique being all hand made and Inspired, as well as on Experience and Research more than thirty years, which always have a "Fil Rouge" which leads them back to the Original Strand which would then be the same that the Artist uses when he works on his 2 other great Artistic Projects, namely the "Soul Portrait Project" and the "Mandala Mandelbrot Chakra Vortex", that is that in THE FREQUENCY OF THE COLOR, and in THE VIBRATION OF THE WORD, an essential combination for the Artist, who declines in various ways in his various Works. Specifically in- ELIZABETH THE FIRST, VIRGINITY POWER & DEATH - through the speech that the Queen will make to her People in Tilbury, against the "Invincible Armada" of Felipe II, a parallelism that represent an Homage to the recent passing of Queen Elizabeth II, the longest-lived in the Kingdom of England.

We have been persuaded by some that are careful of our safety, to take heed how we commit our selves to armed multitudes, for fear of treachery; but I assure you I do not desire to live to distrust my faithful and loving people. Let tyrants fear. I have always so behaved myself that, under God, I have placed my chiefest strength and safeguard in the loyal hearts and good-will of my subjects; and therefore I am come amongst you, as you see, at this time, not for my recreation and disport, but being resolved, in the midst and heat of the battle, to live and die amongst you all; to lay down for my God, and for my kingdom, and my people, my honour and my blood, even in the dust.

I know I have the body but of a weak and feeble woman; but I have the heart and stomach of a king, and of a king of England too, and think foul scorn that Parma or Spain, or any prince of Europe, should dare to invade the borders of my realm; to which rather than any dishonour shall grow by me, I myself will take up arms, I myself will be your general, judge, and rewarder of every one of your virtues in the field.

I know already, for your forwardness you have deserved rewards and crowns; and We do assure you in the word of a prince, they shall be duly paid you. In the mean time, my lieutenant general shall be in my stead, than whom never prince commanded a more noble or worthy subject; not doubting but by your obedience to my general, by your concord in the camp, and your valour in the field, we shall shortly have a famous victory over those enemies of my God, of my kingdom, and of my people.” 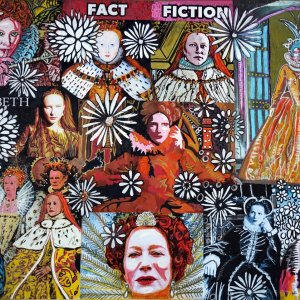 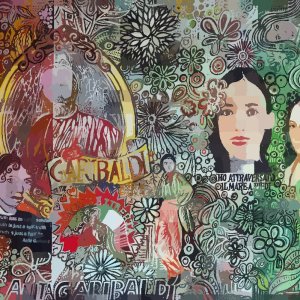 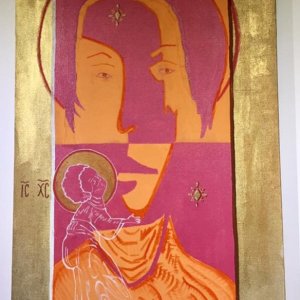 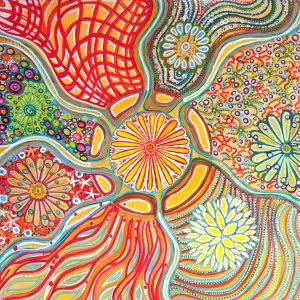 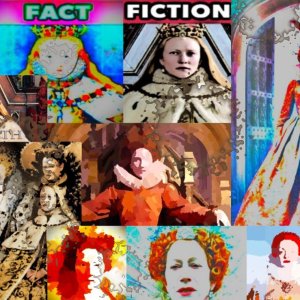 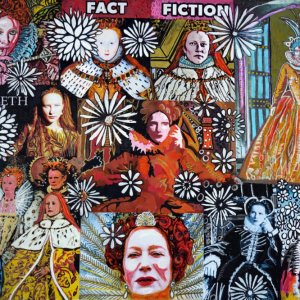