Skip to content
Marco Galletti “K” was born on the 28th of August 1987.
Graduated in art in 2005/2006, at IV Liceo Artistico Alessandro Caravillani in Rome. In high school he met the artist Paolo Aristi Cotani and worked as study assistant for two years.

In 2008 he enrolled in Rome's Academy of Fine Arts, but he quit in 2013. In the meanwhile, he entered the Roman art scene, attending the Elettronica Art Café of Umberto Scrocca and Achille Bonito Oliva.

Later, K. became a founding member of the collective "Monstrum" and participated in art exhibitions such as:

- "Mostrum", Space 3B by Alexander Bracci
- "Artisti nel chiostro", curated by Gino Taddei at the Cloister of the Basilica of San Giovanni dei Genovesi, with the partecipation of the 100 artists of Via Margutta
- "Abduction", Atelier Montez by Giorgio Capogrossi
- "Tinte Fresche", Rhode Island School of Design, curated by Baldo Diodato and Helen Driscol
When "Mostrum" broke up, K started his collaboration with Atelier Montez, participating in "Made in Rome", curated by Manuela Van Vannozzi, the charity auction "Artists for Philippines" (for the victims killed by the typhoon which devastated Philippines in 2016) and the second edition of the exhibition "Pagine Aperte" by Cristiano Quagliozzi.
In 2016 he conceived and directed Persephone, a project that started as a huge exhibition dislocated in two locations: Spazio Incinque, in Via Madonna dei Monti and Atelier Montez, in Via di Pietralata , both in Rome.
The success of the exhibition suggested to shuffle Persephone into an audio-video work, realized in partnership with the performing duo "NiDuo" by Francesca Zavattaro and Antonio Cicerone. Later, K. conceived a third act for the performance, called "Return to the Goddess”, with the dancer Manuela Cirfera. The third act of Persephone has been presented at the Pietralarte Festival 2016, during the "Estate Romana".

Since 2018 Marco Galletti is a member A.C. Montez's CDO, as Production Director. He participated in artistic and performative projects with his colleague Gio Montez, like the Frankfurt Performance Festival curated by Dirk Baumanns, Juan Xu and Franziska Eissner.
In October 2019, for the third edition of Rome Art Week, K. presented a personal interpretation of the original deck of Tarots in a solo exhibition “22” at MICRO Arti Visive in Rome, curated by Marcella Magaletti as part of the project “Carta Canta” by Paola Valori.
In 2020, he participates again to the Rome Art Week with "Antropologika", at the C.S. Brancaleone: a personal art show that aims to exasperate the dystopian vision of the present and accentuate its criticalities. At the same time, a social experiment linked to it has been conducted, which culminated in the production of the medium-length film broadcast on October 26, 2020 on social networks, in collaboration with the director Maurizio Rodio and the scenographer Francesco Paolo Cipullo.
Starting from this experience, he becomes the founder of the collective, together with Rodio and Cipullo.
In 2021, K. parteciped to the collective expositions:
Percorsi d'acqua traveling exhibition, on the invitation of Dr Magaletti which she is also co-curator of the event. The exhibition was organized by the ARTEUROPA association Enzo Angiuoni in Avellino.
SAVE - Contemporary art biennale in the city of Brindisi, organized by the artist Davide Cocozza.
Vita Nova, itinerant exhibition conceived by the artists Rocco Lancia, Angela Donatelli and Domitilla Verga, setted between Roma and Fossanva (Latina).
Together with Mold, he collaborates to the realization of Karmika: the event comprise musical exhibitions, illustrators and comics artists expositions and its included in the sixth ediction of the Rome Art Week with the artshow by K, Parabellum also this curated by Marcella Magaletti, in the Largo Venue's Rumah hall.
In 2022 he partecipates in Nitsh's 6-DAY-PLAT (2nd version, 160th action), at Nitsch Atelier in Prinzendorf an der Zaya, Austria. Later, in September, he is a member of the collective Sinfonia dell'Arte, an initiative extended throughout the city of Sermoneta (LT), organized and curated by Dr. Magaletti. 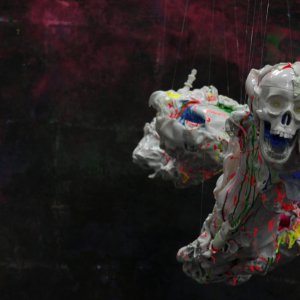 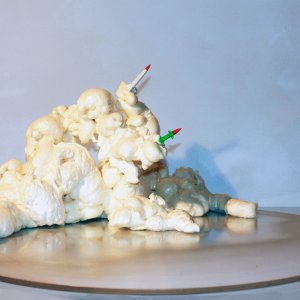 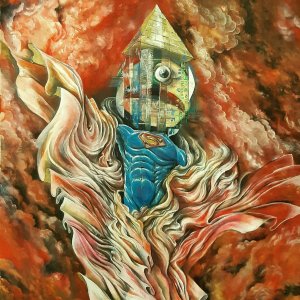 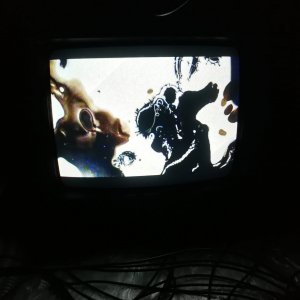 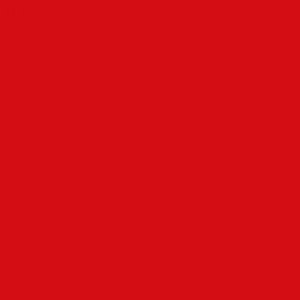 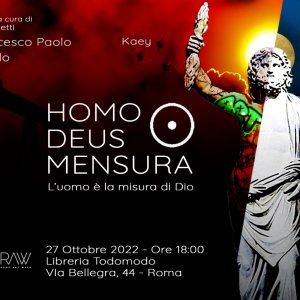 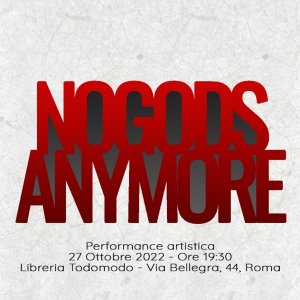 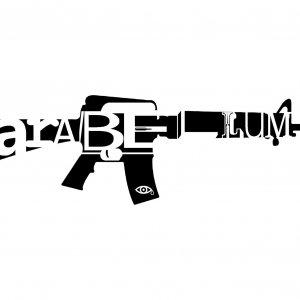 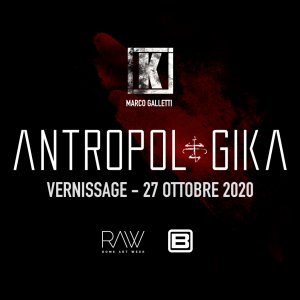 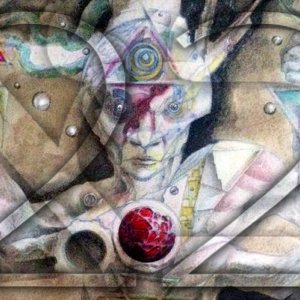 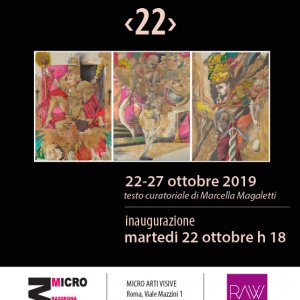