The exhibition brings together thirty works dedicated to the female figure

Through the homage to one of Alda Merini's most beautiful poems, the exhibition brings together more than thirty works, including paintings, photographs, ceramics, graphics and installations, by twenty international artists, both historic and living. The leitmotif is woman. Bewitching or saintly, naked or mundanely dressed, dancing or constrained by bondage, from archaic forms to those of a pin-up, virginal or sexually aggressive. So many aspects we could recount... And we will also do so through some icons and ancient objects for exclusively female use, especially to emphasise the nature of the exhibition space, conceived as a place where art, design and objects of high craftsmanship alternate and confront each other, as in a welcoming home where beauty and good taste reign.

It is in this spirit that Alessandra Francesca Borzacchini's sculptures dialogue with women and the temple dedicated to them by Massimo Campigli, but at the same time also with Claudio Carrieri's archaically shaped ceramics. The Italo-Russian artist Olga Buneeva and Agnese Cabano look, some taking up the ancient tradition of embroidery, others the iconic Barbie, at one of the most 'mythical' figures in the history of 20th century art: Frida Kahlo, strong as a warrior and at the same time fragile as crystal. Fiore Cagnetti portrays an ethereal, almost pre-Raphaelite figure, at one with the nature that surrounds her, while Luigi Stefano Cannelli portrays a little girl, pure innocence, as she listens enraptured to the echo of the sea from a large seashell. On the other hand, the Turkish Ersoy Yilmaz portrays the eternal charm of actresses of other times...

By Emanuele Luzzati and Salvador Dalí we have chosen respectively the zodiac sign of Virgo and one of the litographs from Alice in Wonderland; two works that emphasise the playfulness and curiosity inherent in being a woman.

Sensuality and eroticism dominate the works of Edoardo Cravero, Marino Marini, Giorgio Mondolfo, Giovanni Moscatelli and Mel Ramos. Even the quintessential Romantic artist, Marc Chagall, was confronted with sensuality; he did so in the illustration of Arabian Nights, although its naivety, like Pierre-Auguste Renoir's Femme nue couchée (tournée à droite), makes one smile when compared to Melo Ramos' racy pin-ups.
Comparison with the art of the past underlies Pablo Picasso's Portrait of a Woman, after Lucas Cranach II and Greek artist Petros Vrellis's Knit No. 6, which looks to his compatriot master par excellence, El Greco, transforming a kilometre of black cotton thread into something sublime.
Lastly, Marilyn Monroe, icon of icons, in her most famous version, that of Andy Warhol, counterbalanced by Maria Pia Michieletto's pastel, in which the femme fatale appears bald, but without losing an iota of her femininity. A work of denunciation, an integral part of a much larger cycle of works that reminds everyone, men and women alike, of the ordeal that follows a cancer diagnosis.

The exhibition will have its second curatorial moment, with separate works, from 20th January to 10th February 2023, at the Carlo D'Orta Art Studio/Gallery 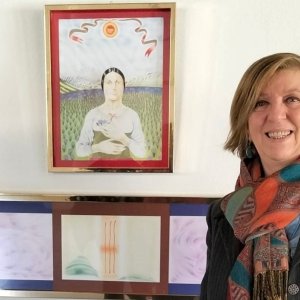 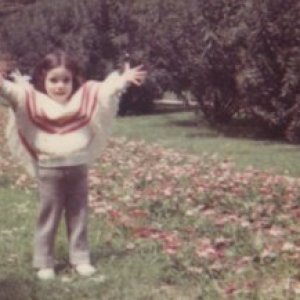