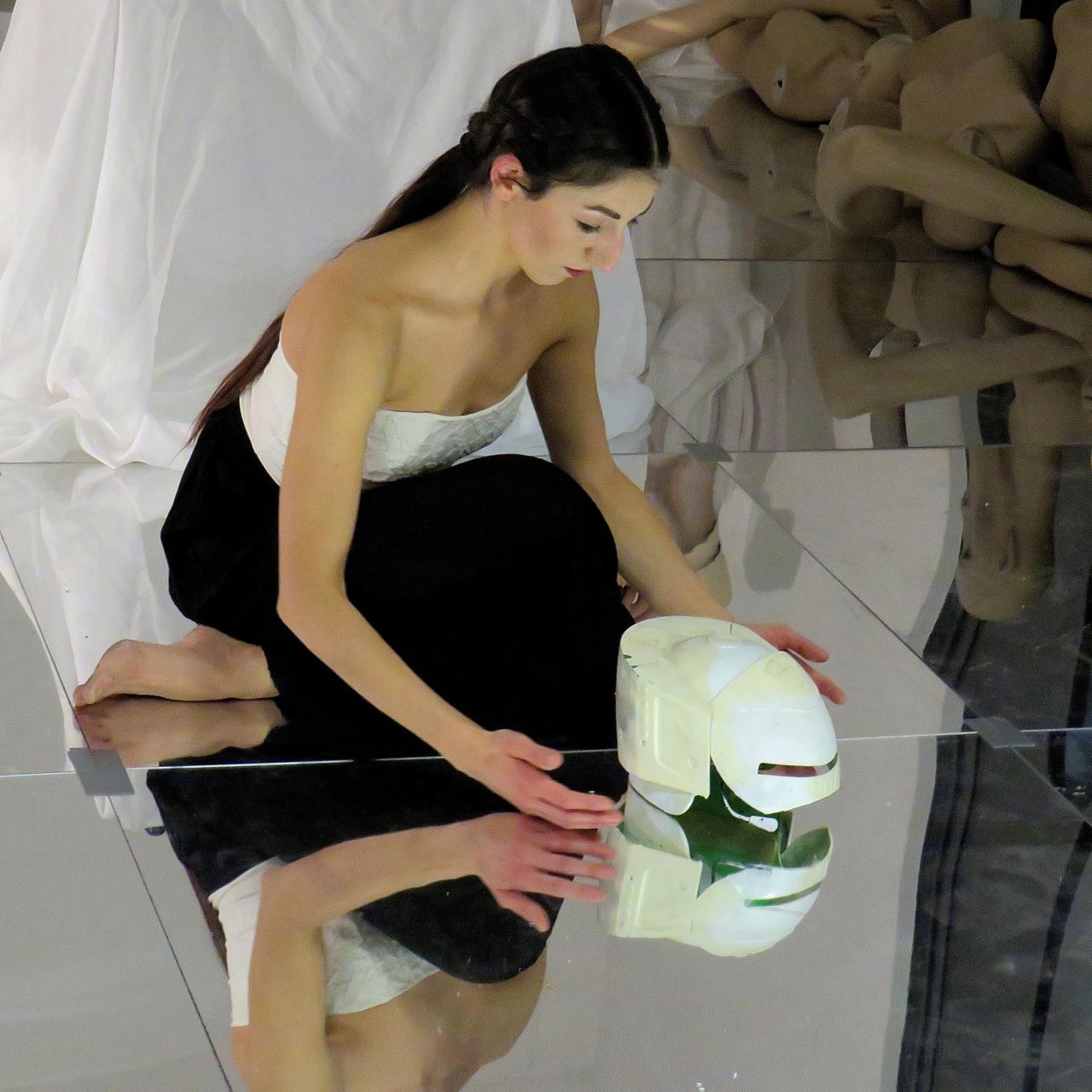 A multimedia work consisting of four dance episodes that take place in a dramaturgical cycle lasting about 27 minutes. The first path of the video refers to the tree, a symbol of the drive towards cosmic totality in its genesis and in its becoming. It is the prototype of the hermaphrodite, synthesis of the two sexes, axis mundi, acts as a mediator between earth and sky. Adamic tree of knowledge, which contains the tree of life and the tree of death. On the one hand, corporeality welcomes gravity as a reactive agent for the integration of the two opposing forces; on the other hand, the gesture - which also opens up to improvisation - relates to the planes of the body and to the performative space.

The second path evokes the myth of the Fates, daughters of Jupiter, to address the theme of the ineluctable human destiny. In a body dance three figures who are familiar with that well-known thread that wraps, measures and cuts the waist.

In the third path we immerse ourselves in the sacrificial rite, the ritual meal that recalls cannibalism, identification between descendants and ancestors, between living and dead. It is a banquet that involves the feast, it takes place in the Original Time and is the essence of the Sacrifice, it is to dominate Time. Among the dismembered bodies-mannequins of this rite, a living one emerges that pushes itself to consume a dance excited by impulses that hold it back in tense forms or let it explode in suspensions and falls.

The dimension delegated to the last path is that of the Chessboard-Labyrinth. The City of the Celestials in classical culture is made of a checkerboard pattern. In some versions of the Grail myth a woman appeared to the hero, on the chessboard, prevents him from escaping the labyrinth, transforms, becomes the Black girl or the witch from the fairy tale. The choreography crosses this articulated dimension in which the Sacred Space becomes the prototype of Sacred Time and the dance-game plays only some chess pieces, chosen for the direction of the attack motion (pawn, knight, rook, queen and king).