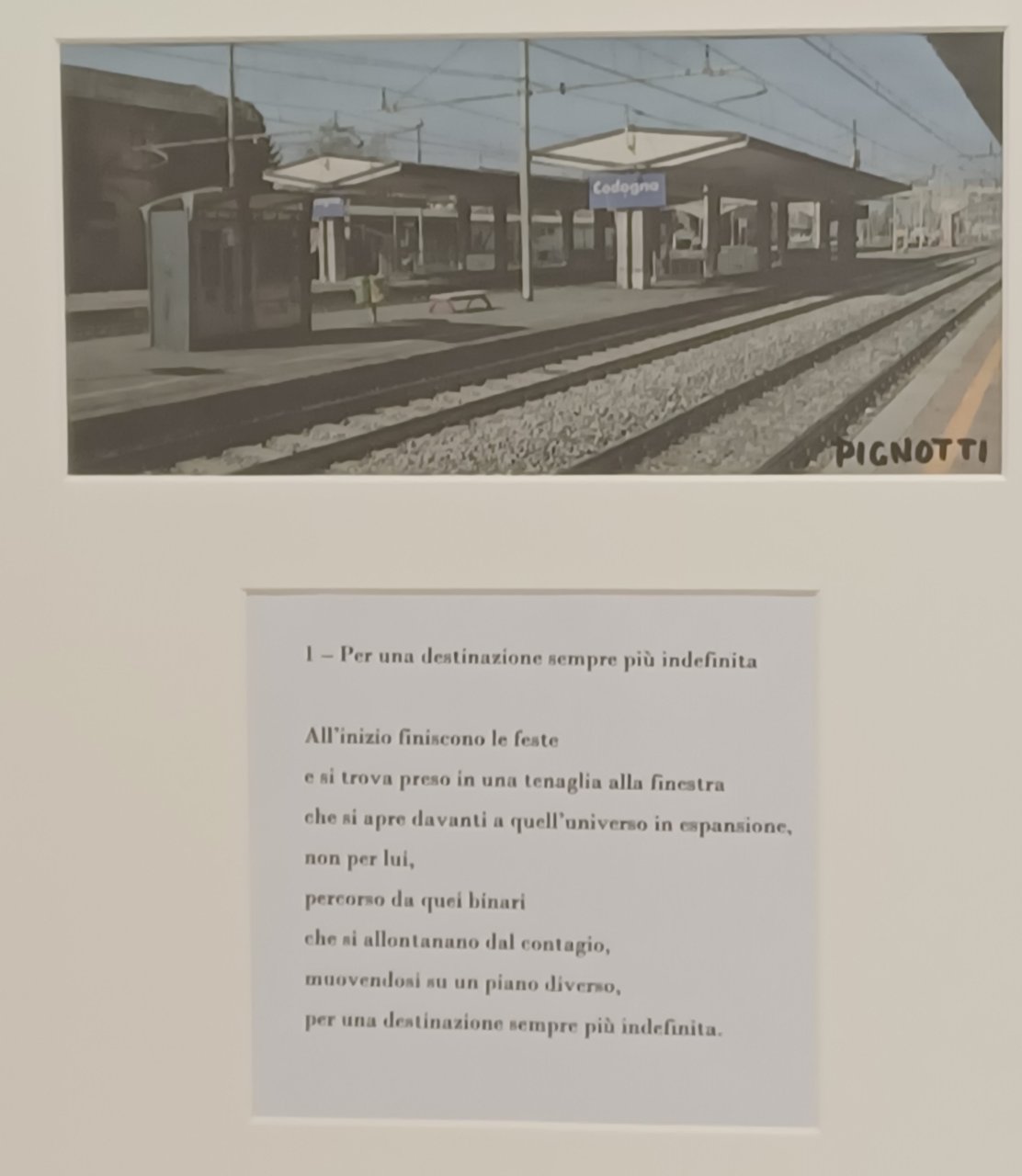 An unpublished project, inspired by our recent collective experience consisting of a series of 19 photos cut out from newspapers and 19 poems dedicated to them. Works focused on the disturbing and seductive relationship at the same time, between reality and virtuality, between history and meta-history, between events and vice-events.

A series of 19 historical works by the artist will also be exhibited, spanning an ace in time ranging from the 1960s to 2019. A cross-section of history represented through words and images, an identifying sign of the verbal-visual and synaesthetic writing of 'artist.

Lamberto Pignotti, born in 1926, considered one of the fathers of visual poetry, is one of the most authentic voices in the Italian neo-avant-garde scene of the 1960s-1970s. In the early 1960s he conceived and theorized the first forms of "technological poetry" and "visual poetry". In 1963 he created, with Miccini, Chiari and other artists and critics, the "Group 70" and a few months later he participated in the formation of the "Group 63" in Palermo. His artistic work proceeds by relating signs and codes of different origins: linguistic, visual, hearing, taste, smell, touch, behavior, entertainment. As a visual and linear poet he is included in many Italian and foreign anthologies and is treated in various non-fiction and reference books. To this day he is active both as an artist and as an intellectual, invited to conferences and performances dedicated to him and his synaesthetic theories of which he is a precursor.

The exhibition is accompanied by a catalog / artist folder in a limited edition of 50 copies: a trunk with photos of the works on display together with the curator's critical text and the artist's biography. 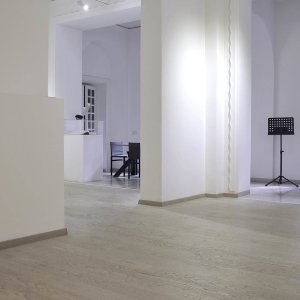