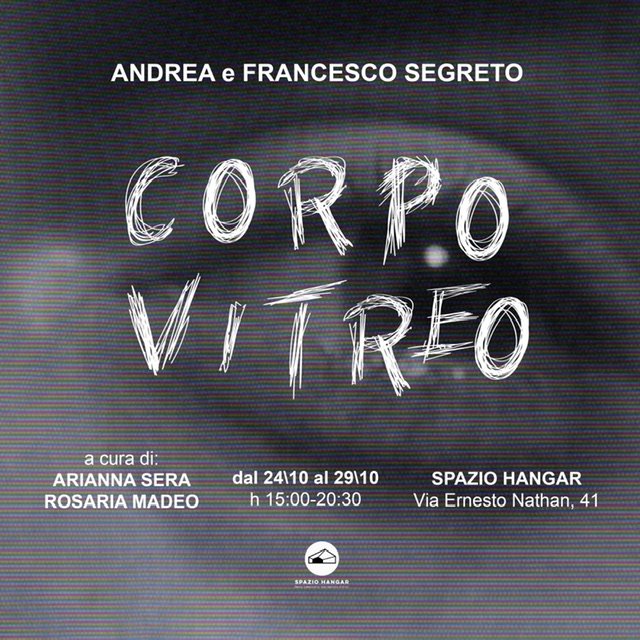 The theoretical matrices from Corpo Vitreo, by brothers Francesco and Andrea Segreto, starts on two main concepts, voyeurism and attraction.

The former does not refer to pathological disorder, but rather to the condition of viewers in front of an unreachable and uninfluenced reality.

The Video, the language of the unattainable for excellence, is the medium through which this reality will be explicated, which finds, through the second term of the formula its space, attraction.

"To be attracted does not mean to be invited by the attractiveness of the exterior, it means rather to experience, in emptiness and bareness, the presence of the outside[...] Attraction has nothing to offer but the emptiness that opens indefinitely under the steps of the one who is attracted..."

Attraction is to be regarded as a condition other than the everyday, a condition that places its focus on the viewer, his gaze and sensibility. How then is the emotional state accessed? Can attraction be likened to a rite of passage, a controlled degeneration of the everyday condition, with the intention of re-establishing a renewed balance? Is the viewer willing to surrender to the unknown?

Here is where Spazio Hangar becomes a cage, a glass in which human reactions related to feelings such as affection, attraction and the measure of the unknown are observed.

Autonomous, dry and objective life, so appear the mirror projections fulcrum of the installation. The first proposes to capture the life of two entities locked up in a room, the second takes the same material as the first projection but inserts ruptures, brutalizations of some elements of the scene to break up and come to suggest reactions in the viewer.

In his attempted escape, the viewer will notice an essential element that stands out in the center of the two windows that house the projections, a door. An essential element that calls to a final decision: to cross the threshold into the unknown through a possible way out , or to maintain one's condition, a condition assimilated to the surveillance camera that is always the same, in a non-look. 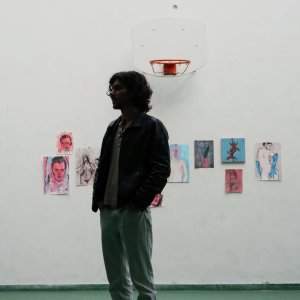