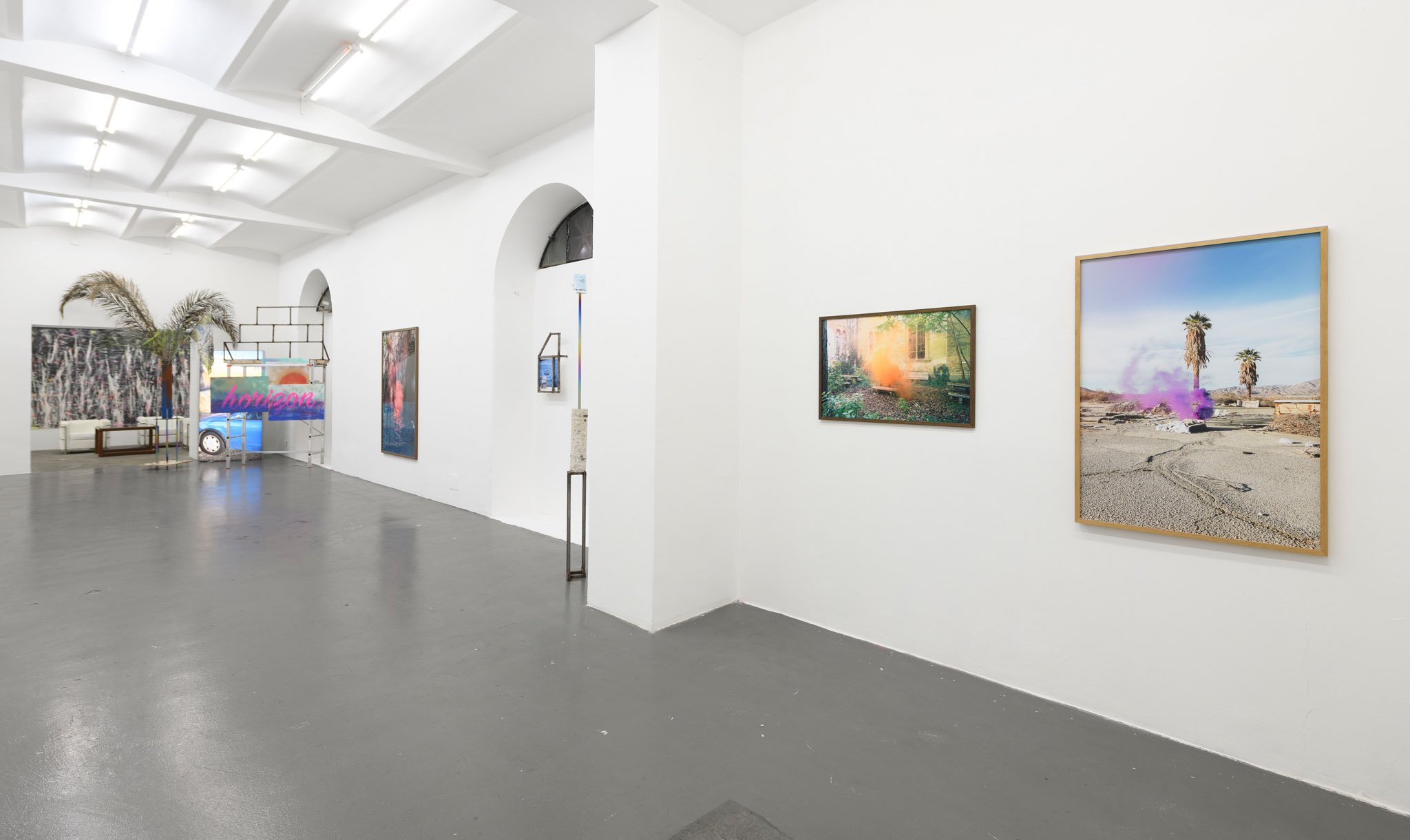 PostmastersROMA is pleased to announce the first solo show by Filippo Minelli (1983) with the gallery. After many years abroad, the Italian artist working on a new political reading of contemporary landscape, is finally showing in Italy his most renown works.

The title of the exhibition Bikini Mururoa refers to the atolls in Oceania used by Western Governments between 1946 and 1996 as sites of nuclear tests for military purposes. While these names have an exotic appeal in the West, this is a perfect example of Western countries – who enjoyed a golden era of abundance and growth – taking advantage of colonial narratives to conceal the reality of violence towards foreign resources for their own benefit. This inconsistency between meta-narratives and reality is the Italian artist key to frame a perception of truth, history, and reality that is everything but real. Minelli’s works are meant to capture this inconsistency, that is, everything which is not evident but ought

to be disclosed. Rooting his practice in a nomadic method, he is interested in things that are not what they meant to be, things that emerge as something they aren’t.

The concept of globalization continues to be considered as the only way of progress, without addressing the impact and consequences of it on the world. In light of recent world events, the structures of various systems are beginning to shift and to uncover aspects which have been concealed for decades. These aspects are disclosed in Bikini Mururoa to provide the audience a portrait of the Neoliberal Western ideology which seems to be coming to an end.

The show presents photography, installations, and paintings made around the world in peripheral areas of conflict. Friction is also present in the works as they all incorporate the aesthetic of exoticized beauty and the remains of the industrialized world.

Photos from ‘Silence Shapes’ series portray tear gas bombs typically used in guerilla warfare, but diffused in romantic landscapes. The paintings revealing common plants and weeds are made with spray paint over elements from the anthropic landscape. The large scale installation is assembling common industrial materials, commercial marketing supports, and idealized exotic references such as a palm tree, sunsets imagery, and imaginative flags exposing the inconsistency between representation and reality as well as the possibilities of interpretation that lay in between.

Minelli decontextualizes the use of tear gas, reverses the function of flags, and alters protest slogan aesthetics to disclose the truth of Bikini Mururoa: the politics of an introspective and anthropological truth. 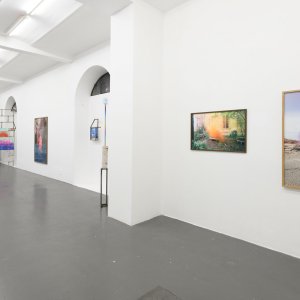