Collective exhibition of the Department of Visual Arts

At the beginning of the scourges and when they are over, there is always a bit of rhetoric. In the first case the habit is not yet lost, and in the second it has returned. Only at the moment of misfortune does one become accustomed to the truth, to silence (The Plague, Camus).

13 works developed vertically, as a silent audience, watch us from the walls and from every side of RUFA Space. The artists have worked on the soft tones of the composition and verticality, investigating the visual structure of silence.

Like an astonished looking audience of patrons, videos, sculptures and paintings are arranged along the walls and in the perimeter. We now see that the exhibition space alternates between wounds, burns, spaces of nature and spaces of mechanics, internal joys and alternate pains. A collective work that resonates and meditates in a new way on the difficult times we are going through and those that have just passed. 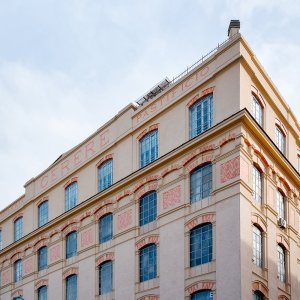