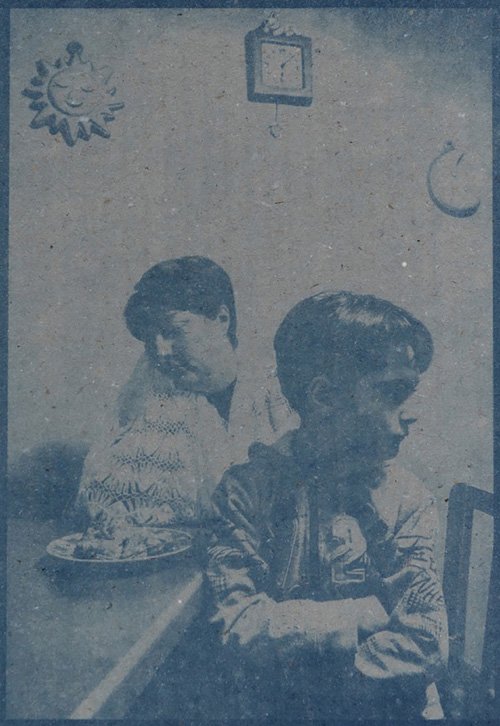 "Choosing to initiate a dialogue with Pablo Picasso is a bold and brave act on behalf of any young artist: the latter runs the risk of being crushed under the weight of the master's unparalleled celebrity or to fall prey to the conventional vices of Picassisms, so common in the 1950's. And yet, Anna Di Paola dared do so and conquered the challenge she set for herself", Lorenzo Canova comments in the critical text found in the catalogue.

"Surfacing out of oblivion, those faces are still fixed in the pose wanted by Picasso, but a subtle, ineffable vibration moves through the cracks of the paper they are caught on. Still shielding themselves from the cold, ironing, closed in the prison cells of their melancholy, hugging their children or caressing doves or puppies those people linger on. And all of this seems to occur during an eve without nightfall, illuminated by a light deprived of the day's sun and which will never succumb to darkness.

In this perennial dusk, made of an immaterial substance which is both meagre and marvellous, Di Paola's shots enter into their hermetic dialogue with the master's art. Through it, they find an affinity of images and feelings which culminates in the secret reflection of Picasso's solemn and suffering self-portrait caught through Di Paola's eye. This dialogue guides the viewer through the light and melancholy journey offered by the photographs, reviving their mysterious pictorial nature of the latter."

Born in Campobasso in 1996, Di Paola moves to Rome after having completed high school where she studies at RUFA - Rome University of Fine Arts, earning a first class degree in photography.

In 2016, her short film "Un caffè in convento" earns her a place as one of the 25 finalists for the RUFA contest. In 2017, her second short film "Cosa vuoi fare da grande?" again places her among the 25 finalists. In the same year, she works as assistant director and assistant cinematographer in Alfonso Bergamo's short films "Il soldatino" and "Mirror"; she also publishes the documentary "Teco Vorrei - Il Venerdì Santo a Campobasso." Since 2018 she has been collaborating with artist Ria Lussi as her assistant. 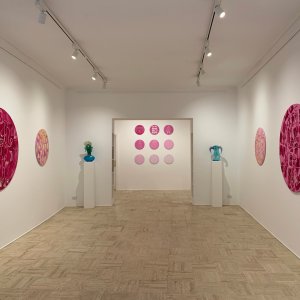