Marco Silvi at the piano 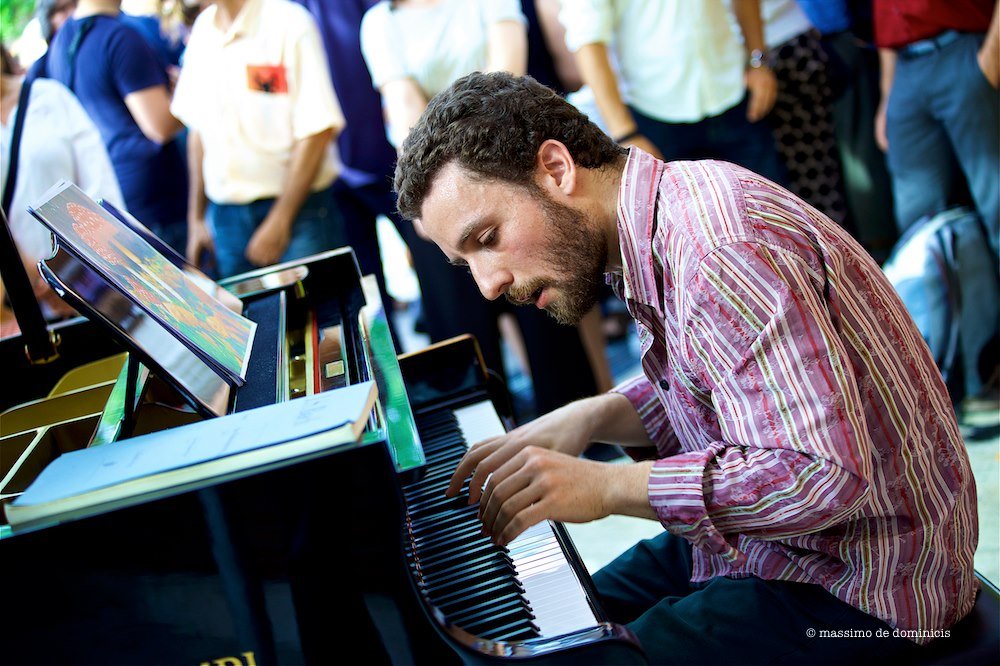 Pianist, composer and teacher, was born in Rome, graduated in jazz piano in 2013 at the "Licinio Refice" Conservatory in Frosinone and in June 2016 he obtained the qualification to teach Music Learning Theory according to Edwin E. Gordon, and became a teacher associated with the Audiation Institute.

Since 2012 he is part of the New Talents Jazz Orchestra, the official big band of the Auditorium Parco della Musica in Rome, directed by Maestro Mario Corvini. The intense concert activity sees this formation in prestigious locations among many: the Casa del Jazz in Rome, the Auditorium Parco della Musica in Rome, Villa La Mortella (Ischia), the Teatro Nuovo in Milan, the "Jazz & Wine" Festival in Montalcino, the Macro of Testaccio (Rome), the necropolis of Cerveteri and Tarquinia and the gloomy Palladium of Rome.

The Orchestra has already recorded "Homage to Duke Ellington" for JazzIt Records in 2015 and in 2016 "Extempora" recording produced directly by Parco della Musica Records. NTJO wins the SIAE “Sillumina” tender in March 2018, bringing the “Our Monk” project to prestigious locations throughout the peninsula.
With the Argentine guitarist Emmanuel Losio he collaborates in the project "Two For The Road" jazz duo, with which he records the album "Sentieri" in June 2015. The album receives excellent reviews and climbs in the Top 200 Release Jazz Charts of Hong Kong, in 86th place.
Since 2014 he has collaborated with the singer Piera D’Isanto in the word music project "The Sound Pills", and in 2019 he recorded the unpublished project "TiEsseO '" with the patronage of the University Concerts Institution.
He has collaborated with Mario Corvini, Marcello Allulli, Stefano Di Battista, Javier Girotto, Daniele Tittarelli, Massimo Nunzi, Marcello Rosa, Enrico Pieranunzi, Ferdinando Faraò, Carla Marcotulli, Franco Bolignari, Jesse Davis, Fabrizio Bosso, Greta Panettieri, Ronney Cuber, Maurizio Giammarco, Natalino Marchetti, Susanna Boots.