A choral reflection and an exhibition on the theme of Paradise 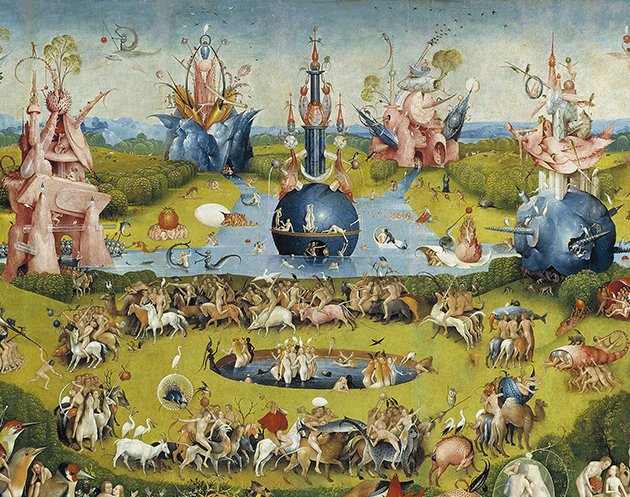 The event on Paradise has been postponed to a date to be set. Paradise can wait or perhaps is lost, as Milton suggested.

Participants and titles of interventions:

Ada De Pirro; Who is cast out of Paradise?
Alberto D'Amico; Barbie and Ken in the Earthly Paradise
Andrea Sabatello;Photographic image
Anna Onesti; The alphabet of seeds
Bruno Di Marino; Artificial Paradises
Bruno Lo Turco; Transient Paradises. The elusive skies of the Buddha
Carmelo Baglivo; The Garden of Eden: the utopia of living without sin
David Sabatello; Paradise Room
Domenico Adriano; Paradise is not what we find / in a place / but what we bring you.
Fabio Lapiana; Grand hotel Paradiso
Fiammetta Cirilli; The landscape is "fragments in prose".
Gianni Garrera; Eternal game - Mute and deaf Jerusalem
Giulia Bertotto; Memories from Paradise
Giuseppe Garrera; Dante's Paradise (conference)
Guidotto Colleoni; "In his deepest depth I saw that it is inside, / attached with love in a volume, / what for the universe is squaterna" from Dante's Paradise: a reading
Gabriella Pace, Pierluigi Isola; Paradise/garden
Ilaria Restivo; I'mage, treesome
Jacopo Benci; Far and bright
Julie Poulain; Un petit bout de parapluie contre un coin de paradis
Lisa Giombini; Paradise and Philosophy
Livia Bigi; What was the world like before God's intervention?
Lorenzo Cafiero; The Song of Paradise
Letizia Papini; "Paradise is preserved in a museum". The garden of Giverny by C. Monet and the birth of the Orangerie museum.
Lucia Nazzaro; Eden Mediterranean
Marco Ariano; HERE - heavenly topographies of immanence
Marco Giovenale (differx) RECI(N)TATO GARDEN
Massimo Arduini; The Earthly Paradise
Niccolò Daviddi; Ancient Paradises and Invisible Cities
Paolo Albani; Did Adam speak Swedish?
Raffaela Fazio; The eschatology in funerary sculpture of the early Christians
Roberto Gigliucci; Paradise Lost
Roberto Tarallo; Tax Havens: Eden of the bad guys?
Silvia Stucky; Paradises without me
Stefania Fabrizi; And so we went out to see the stars again
Tino Franco; I have already been to Heaven

The project proposes an articulated reconnaissance of the image of paradise, formed through a complex history of representations – the Zoroastrian, Jewish, Christian ones – which, having reached the present day in various ways, go back to the Sumerian civilization and therefore to the second millennium BCE. Paradise will be taken into consideration first of all in its two fundamental varieties, Eden and celestial afterlife, that is, the garden of delights from which the first human couple was driven out due to disobedience, and an immaterial place where the souls of the deserving are led immediately after death, according to a widespread belief which is an integral part of Western eschatological imagery (although it does not reflect official Christian doctrine).

The project will focus on four artistic areas directly related to representation, i.e. painting, literature, music, cinema. This interest will almost inevitably lead to dwelling on two further fields of investigation, almost corollaries of the central theme. The first, historically linked to the artist's subjectivity, is that of the idea of an artificial paradise, which will be investigated since its inception, that is, the search for altered states of consciousness with a beatific value. ‘Paradise’ will then be understood as an ecstatic condition. The second field is that of implicit and explicit connections, consciously highlighted or only obscurely intuited, between the image of the heavenly Jerusalem and the ideal city envisioned by Renaissance architects. In this case, paradise will be considered a source of artistic inspiration.

The starting point of the survey will be the initial observation, which is the basis of the entire proposed investigation, that paradise is the place where one feels good by definition, and as such dialectically opposed to the ordinary world, where one can feel good only in a conditioned and temporary way. A consideration that takes us back, from a biological point of view, to the origin of life: the first cells need a comfortable environment to live and even more so to reproduce; in short, a sort of basic paradise, which will therefore also be understood as a sort of mere cellular need. But this need, which is originally material, precisely by virtue of its being essential, ends up permeating the psyche as well. Therefore, reflection on the ideal of feeling good, an inevitable part of the psyche, is what makes this theme stimulating and engaging.

The idea of paradise is, of course, inseparable from its indispensable counterpart within the collective imaginary, i.e. hell, the place where one feels bad. In other words, the investigation of paradise cannot but acknowledge that the ideas of paradise and hell are produced in relation to one another, and that reflection on paradise cannot fail to recall that on hell. After all, paradise – from the attempts to create various utopias on earth, to artificial paradises – always appears on the verge of transforming into its opposite.

Last but not least, the image of paradise, understood as Eden, also implies that of a lost golden age, a myth variously known to all civilizations. Paradise is then also to be understood as a lost ontological state. The Garden of Eden is the archetypal form par excellence of the past unknowingly idealized as such, simply because it is different from the present. Therefore, one always has a paradise in one’s past (youth, for instance, or an age without certain intrusive technologies), just as one always aspires to a paradise located in the future (the fulfilment of desires, the fulfilment of the eschatological path). Paradise, then, is both behind us and in front of us: it has its own specific ubiquity if not omnipresence, and at the same time it remains elusive, as an expression of a radical ideal that is obviously unattainable in the ordinary world, also because it is rationally indefinable in the first place: as clarified by Popper, the universal norm that identifies the characteristics of the perfect society does not exist and can never be expressed.

Two disciplines will remain in the background, though they gave a major contribution to the representations of paradise – religion, which is often the commissioner of these representations, and philosophy (paradise was dealt with, among others, by Augustine, Thomas Aquinas, Meister Eckhart, albeit in widely differing ways). This curatorial choice reflects the intention to investigate above all two aspects of the image of paradise, i.e. that of the immediate human feeling and the symbolic one, which are expressed above all by the above mentioned art forms, rather than by the discursive process and rational argument. Of particular relevance will be the almost infinite series of images of paradise presented by advertising: these are implicit Edenic representations (such as those showing landscapes and rural societies idealized to the extreme or, on the contrary, those in which the edenic condition is triggered by new technologies that claim to relieve the human being of any practical need and concern), which end up merging into explicit representations of a deliberately laughable heavenly afterlife, like that of a coffee brand advertisement.

The implementation of the project involves an exhibition of paintings, installations, literary and musical works, together with a series of meetings, screenings, lectures and debates. These artistic expressions will act as an implicit commentary on the artistic-literary production of the tradition centred on paradise. Simultaneously, the events involving discussions will stir an explicit debate. The aim will be to shed light on the project subject, revealing its multidimensional structure. To this end, the methodology used in the implementation of the project will be cross-disciplinary, that is, involving the simultaneous and synergistic presence of different viewpoints on the subject (literary, pictorial, installational, musical, each considered in all its diversity) in the exhibition space. This method will also allow us to question the nature of the complex representations inhabiting our imagination, influencing and being influenced by it. This proposal is therefore innovative, since even if previous exhibitions have taken paradise as their theme, this is the first instance in which the theme is addressed simultaneously, synergistically, and with historical awareness, by many artists active in different areas of artistic production.

In any case, the exhibit’s set-up is meant as extremely flexible: the large number of practitioners involved, working in variety of disciplines, guarantees that the set-up can be remodelled in keeping with the needs of exhibition spaces very different from each other. 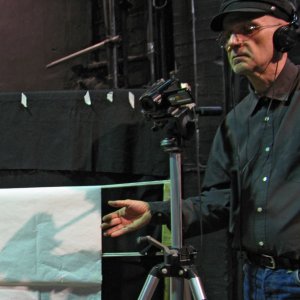