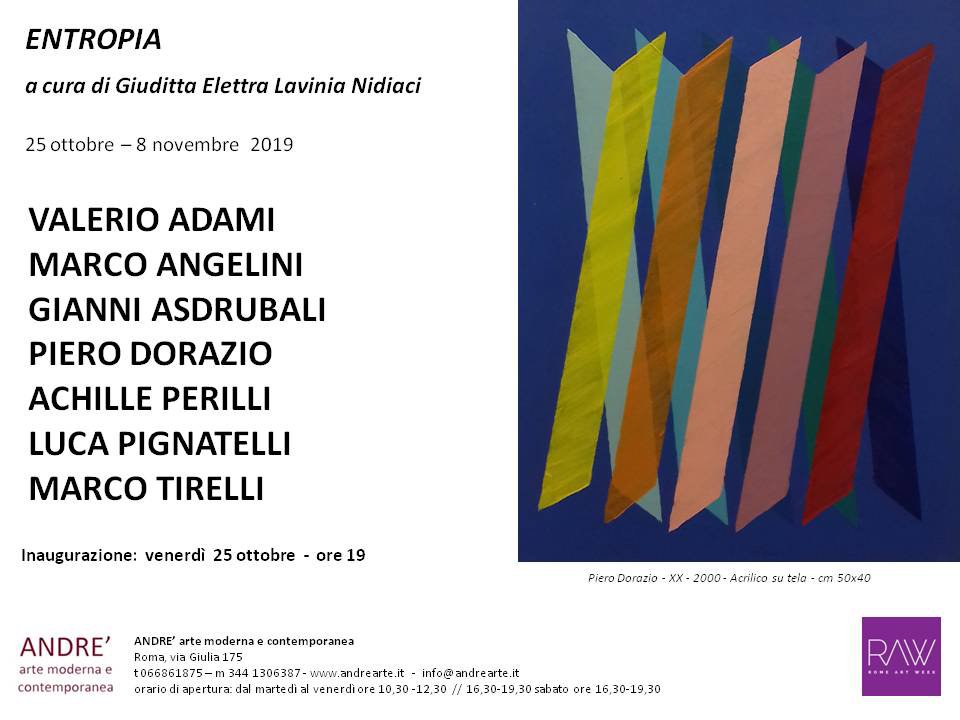 The curator has selected a series of works by Adami, Asdrubali, Angelini, Dorazio, Perilli, Pignatelli and Tirelli on which one can apply the concept of entropy, that in physics measures the "disorder" of any system, including the universe. The final result is that what is unhinged in an apparent cháos is consequently ordered in a new kósmos, different from the previous one.

Entropy (from ancient Greek, ἐν en "inside" and τροπή tropé, "transformation") is, in statistical mechanics, a quantity interpreted as a measure of the disorder present throughout the physical system, including its limiting case of the universe. It may be said, in a form that is not rigorous but explanatory, that when a system passes from an orderly equilibrium state to a disordered one, it increases its own entropy; so as to give indications of the direction in which a system evolves spontaneously. Under an empirical foresight, we can easily find the concept of entropy in the works of Valerio Adami, Marco Angelini, Gianni Asdrubali, Piero Dorazio, Achille Perilli, Luca Pignatelli, Marco Tirelli: what arises from an apparent chaos and consequently turns into a new kosmos, different from the previous one. 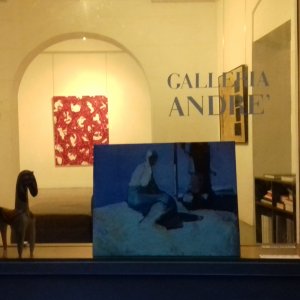