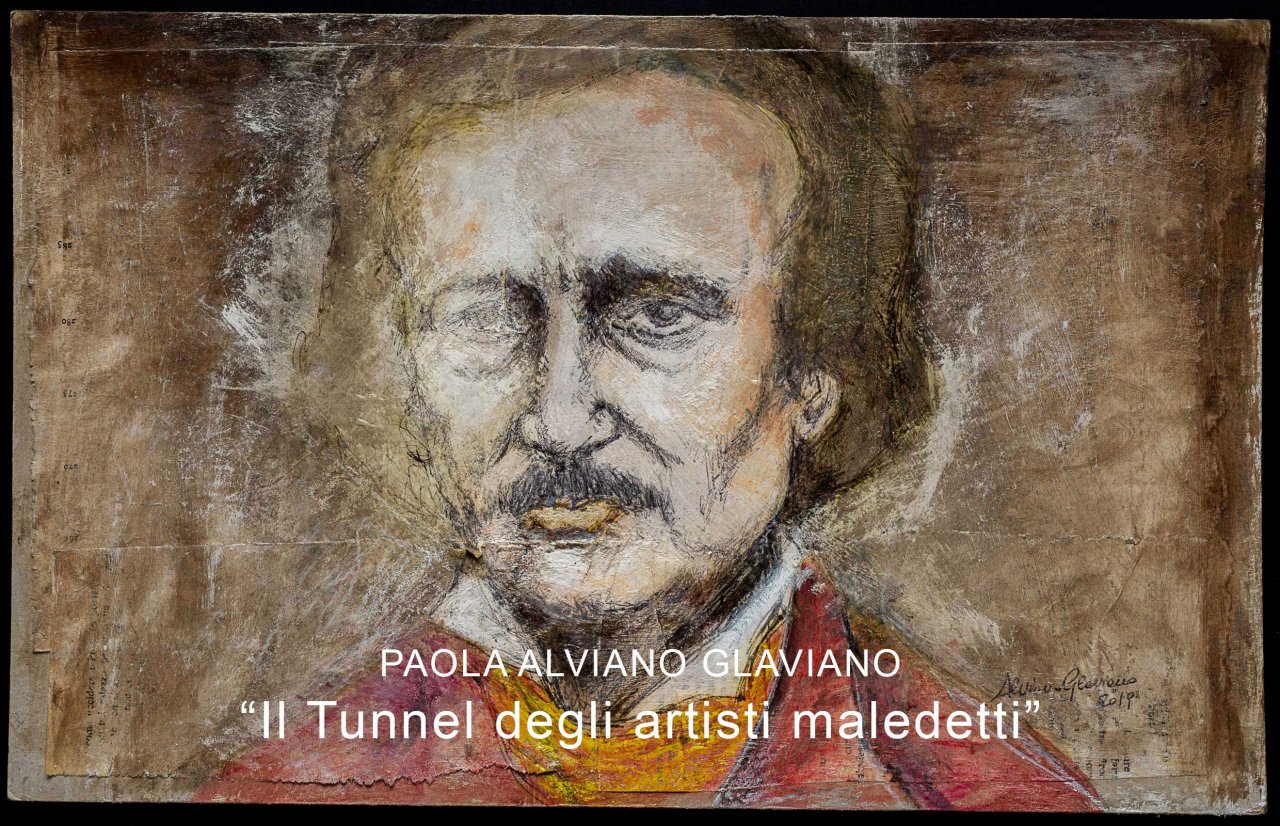 "If you look into the abyss for a long time, the abyss will look inside you" (F.Nietzsche) It is the most eloquent to represent the existential condition of some great figures of figurative and literary art. Equipped with an extraordinary sensitivity through their expression they explore feelings and emotions to the point of catching the abyss and hunger: poets, writers and artists, dedicated to all alcoholism, drugs, someone locked up in an asylum. “Having read the biographies, it stimulated me and enters their gazes, even if filtering from photos, in an attempt to“ draw back their soul ”... Thus begins a journey that leads the painter in search of damned artists. On the cardboard he manages to imprison not only eyes and mouths, but also lights and shadows of existences made of ecstasy and torment, devoid of middle ways and compromises. And it is a kind of falling in love that leads from one to the other all the winking face of Egon Schiele to the darker face of Baudelaire. Then Antonio Ligabue, portrayed while contemplating the effigy of one of his mythical animals ... and the thoughtful expression of Francis Bacon that stands out on the immortal pages of the Odyssey, up to the hallucinations of Edgar Allan Poe, in this image already devoured by the laudanum , half of his face seems to disappear in the Nothing. Finally, two feminine images: Goliarda Sapienza, a brilliant writer / actress who Italy canceled when she was alive but who re-emerged after her death, thanks to the posthumous masterpiece "The Art of Joy" ("my Bible" has confided Paola Alviano Glaviano). The point of arrival: Camille Claudel, sculptor, lover of Rodin and sister of the poet Paul Claudel, abandoned by both, died in a mental hospital after 30 years of hospitalization; "I wanted her image to be emptied of every color, but the expression of that face she wrote was not enough for me, I created a mirror for her ... From which his soul emerged ”. (If you look into the abyss for a long time ...) 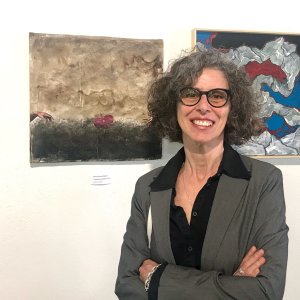