PostmastersROMA is pleased to present the first solo exhibition of TOM POEET. 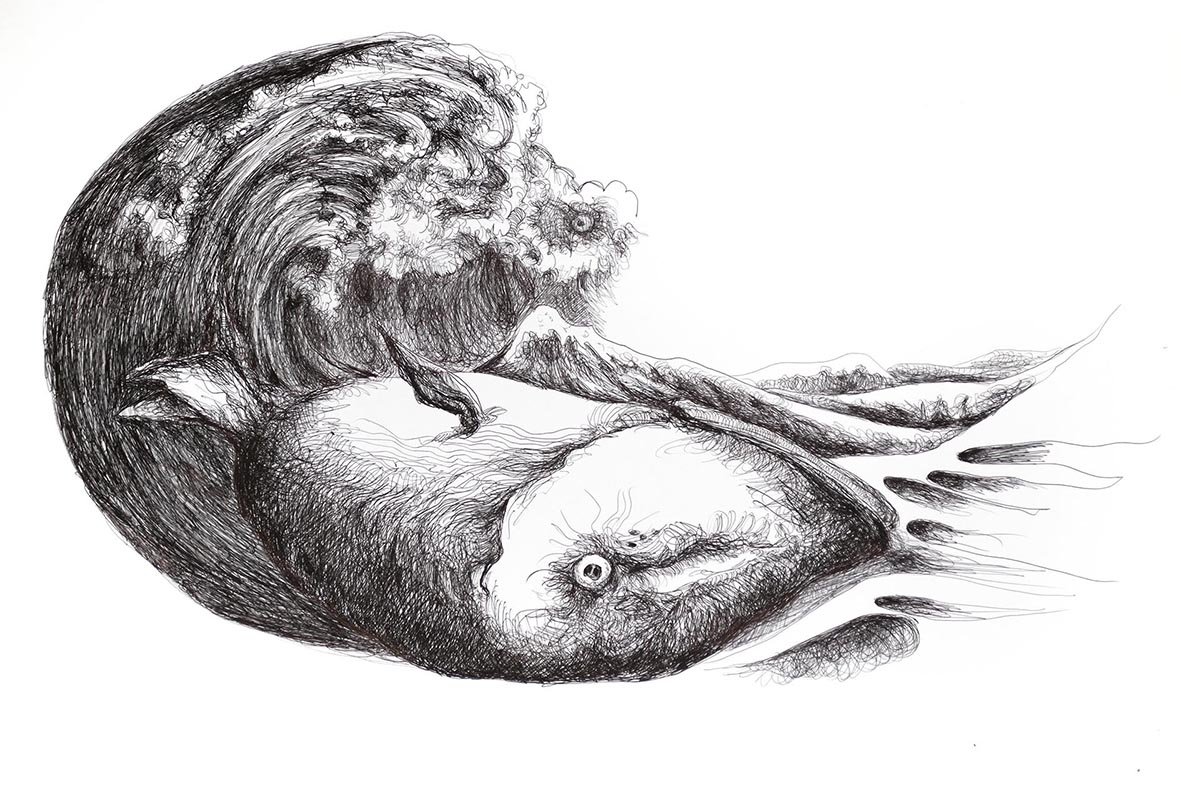 PostmastersROMA is pleased to present the first solo exhibition of the mysterious artist Tom Poeet, whose true identity is unknown.

Tom Poeet (b. ?) hides his identity as a political stance to be apolitical, which forces the viewer to judge the works on their own merits. Of what we do know about Poeet (pronounced po·et): he exhibited in the 1950s and 60s under a different name and since 2015 has resurfaced with an entirely new body of work, to be presented in the PostmastersROMA exhibition Radici (Roots).

Poeet’s works, which are made with a biro pen on paper or canvas, are a representation of a continuous stream of consciousness in the likeness of the uninterrupted contours he threads together. Swerving between anatomy and abstraction, the depth of the images comes out in intricate, delicate lines that emerge as eyes, faces, wells, roots, trees and landscapes. The works give the viewers an opportunity to immerse themselves into a never-ending explorational journey of Poeet’s fantastical world. Encompassed within this surreal universe are creatures and elements of nature formed through disturbing arrangements where one comes out from the other, touching upon reality yet uncannily real. It is as addictive to look at the works as it is repelling. The true characters of the monsters and the frightening environments Poeet produces - are as unidentifiable as the artist himself.

The exhibition is curated by Piero Tomassoni, founder of Artvisor and Paulina Bebecka, director of PostmastersROMA.