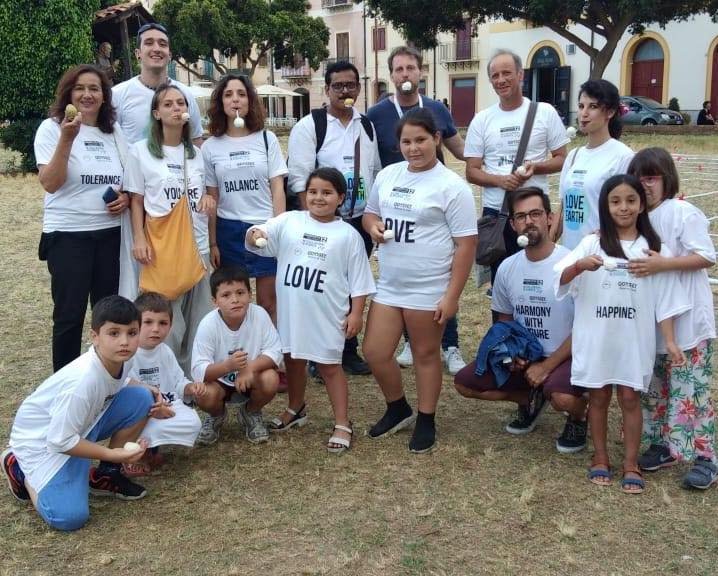 During the third edition of Rome Art Week, on Saturday 27th October at 6.00 pm, the Indian artist Manohar Chiluveru will present an interactive performance, curated by Valentina Gioia Levy, at the MACRO museum in via Nizza.

In the Race & Balance performance series, included in the itinerant project Odyssey, the Indian artist Manohar Chiluveru uses the game as an opportunity to create forms of social interaction. The egg and spoon race is a game that was exported to India under British colonialism and became extremely popular in the Asian sub-continent at the beginning of the 20th century. Inspired by this game, a symbol of reconciliation between the present and the colonial past, Chiluveru organizes no-competition races in different parts of the world, in which all participants are invited to wear T-shirts bearing the name of a universal value, such as solidarity, peace, love for nature.

Race & Balance. The interactive performance by Manohar Chiluveru, curated by Valentina Gioia Levy is part of the MACRO Asilo’s program and it will be presented during the Rome Art Week 2018.

Participation in the performance is free. Please confirm your attendance writing to: odyssey.rome@gmail.com