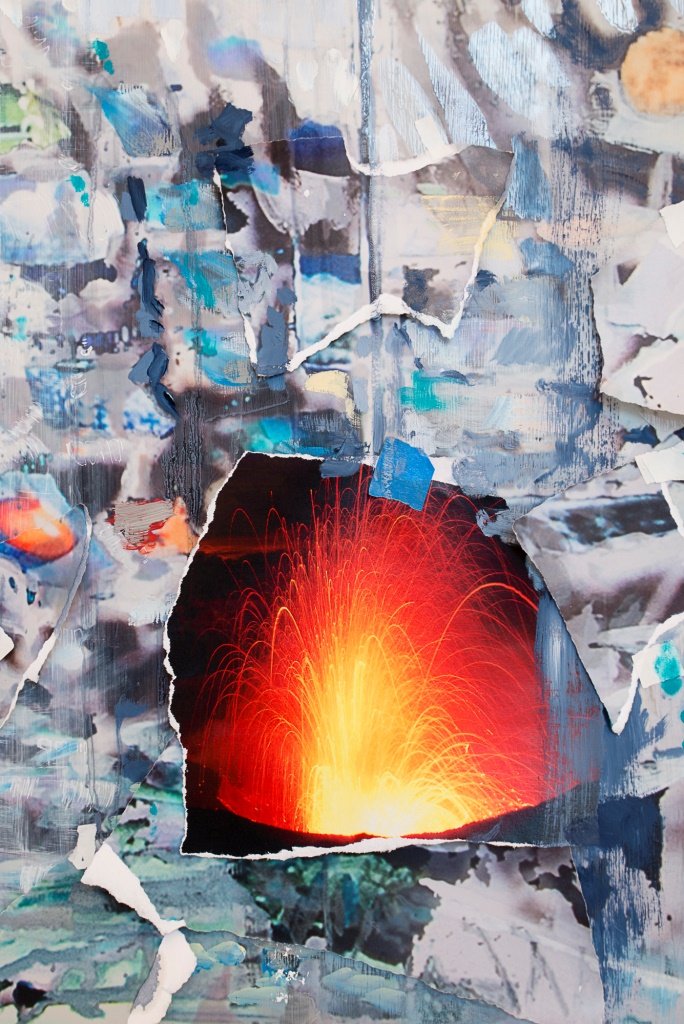 Gagosian is pleased to announce an exhibition of new works by American artist Sarah Sze. This is Sze’s first gallery exhibition in continental Europe, following her participation in the Biennale di Venezia in (Triple Point, US Pavilion) and in 2013.

In Sze’s multimedia work, space, object, and image are fragmented and orbit across multiple dimensions. Her sculptural installations reveal the simultaneity of vision and cognizance, as a dizzying array of materials, both inert and organic, forms intricate networks that implode and expand—like atomic dioramas, or the foreseen ruins of the digital realm. With her new video installation, Sze will transform the oval gallery of Gagosian Rome into a vast “lanterna magica” that traverses the realms of sculpture and film. The video instalation presents a myriad of individual projected video images from multiple simultaneous points of view, like thought, and life itself. In new collage panel paintings that are as intricate as the installations for which she is renowned, Sze translates her highly nuanced sculptural language into the picture plane. Here, fields of static and cosmic vortices emerge out of archival material drawn from the studio and its daily workings.

Sze was awarded a MacArthur Fellowship in 2003, and a Radcliffe Fellowship in 2005. Her public works include Still Life with Landscape (Model for a Habitat), Ekebergparken, Oslo (2011); and Blueprint for a Landscape, Metropolitan Transportation Authority, 96th Street station of the2 nd Avenue subway line, New York (2016). She was inducted into the American Academy of Arts and Letters in February 2018.