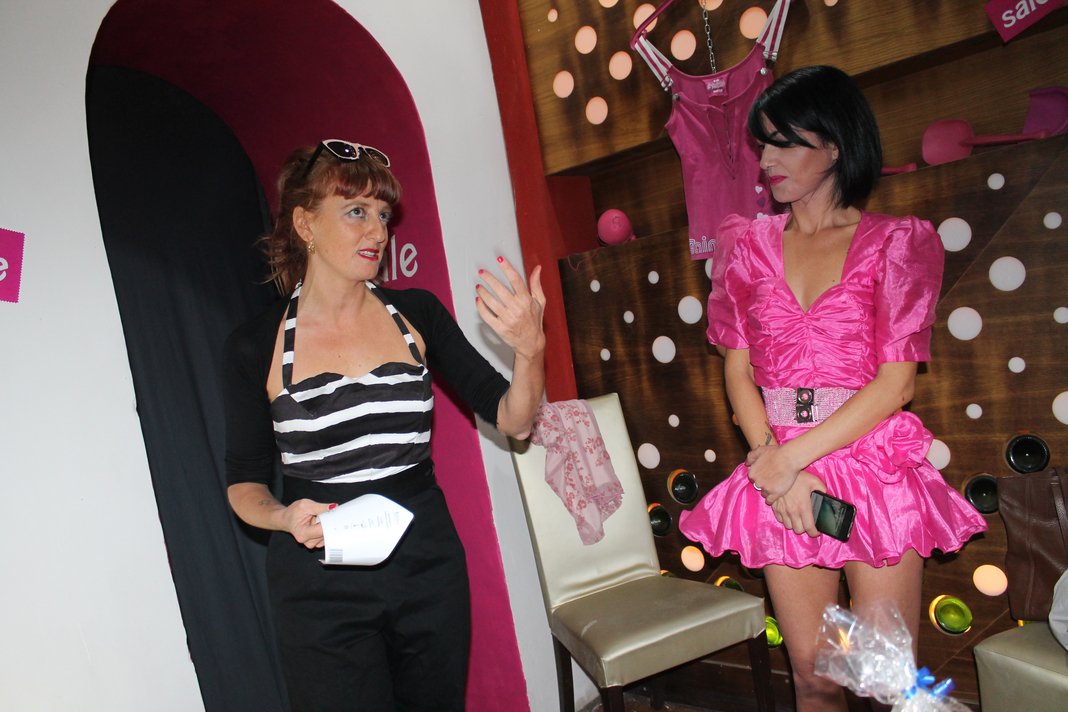 In the early 1960's, the Pop Art phenomenon exploded, characterized by the tendency to use visual objects and visuals linked to the world of popular culture: the overwhelming success originated in the nature of its language, capable of attracting a large audience his continuous and explicit references to the popular imagination, to the commercial sphere. An artistic phenomenon that set itself apart from the avant - garde, but it was composed of them, when all had been said but the world was changing so rapidly and the art could not remain to look at, in fact it was disrupted inside: painting, photography, design, illustration, cinema and video produced in series as commercial products; they shorten the distances between the "high" art of the great painters and the "low" of communication, comics and advertising.

In 1959, the fashion doll Barbara Millicent Roberts (full name of the Barbie doll) is marketed as a massive toy: sinuous shapes, sensuality and charm of the great American dives, a symbol of social and epochal change. Eternally beautiful, eternally perfect, represents the woman to whom everything is possible, stripped of her "mother and housewife" clothing, showing her being in the company through her outfit: "change your outfits on the stage of life, you can be the woman you want, but essentially a Barbie ". A Super Star that dictates fashion and style, with artists and stylists such as Dior, K. Lagherfield, C. Klein, Ralph Lauren, Valentino, Armani, is the first adult doll to conceive in the collective imagination as the queen of culture Popular because it is constantly filtering and reflecting on it.
Andy Warhol with his "Pop eye" captures the essence and its social / anthropological value by consecrating it officially, with two works, as an icon (of itself).

On the occasion of ROME WEEK ART 2017, Morsi d 'Arte continues its artistic experimentation project: the exhibition space becomes a place of choice, a factory in which artists act as a great medieval shop. A workshop where everyone is moved by a common intent, the Art of becoming, reflection / manifesto of every age, exalting its dialectical relationship with the spectator.

Through avant-garde techniques and inspiration to the world of popular imagery
Rakele Tombini realizes GARBITCH SALE, after GARBITCH (BE POP), a conceptually POP installation in language and content: the artist chooses as the subject / object of her creation the fantastic dimension of Barbie, an icon of that popular culture that lies in means a social fracture between the pre & post plastic.
Between the representation and the truth, Rakele Tombini creates installations that are set, like movie sets, into "fragments" of interiors (or exteriors) constructed of furniture, commonly used objects "drawn" directly from the daily lives of women before be thrown into the garbage, and then be "barbed" with the use of shocking pink paint (the use of color appears intrinsic to the material consistency).
The artist proposes "plastic complexes", with the chromatic implication of the rose accentuates the parallelism between Barbie and GARBITCH, explicitly objectively constitutive in which it establishes or compiles existing elements that communicate with the outside environment: the work of the whole is to be given the expansion of pictorial or plastic intervention to the totality of a space.

Rakele Tombini with Gabritch does not make a distance comparison but acts within the denotative component of the artistic language (and not): this is the structured construction mode of the visual-expression communication created by the artist, for personal connotative, creative, transforming the denoted contextuality with which it is confronted and utilized.

The gallery becomes a supermarket and the work of art descends from the pedestal, there is a conceptual shift of its real value: creation is no longer celebrated, but since POP
taken from everyday life, assimilated to merchandise, (s) that can be sold on the shelves of a supermarket.

The spectator is an integral part of the installation, and Rakele Tombini shares, ironically, as a silent director builds a cinematic set, apparently without actors. A supermarket where the guest becomes an active part of the sale of the (artwork) art. No longer a future where everyone will be famous for fifteen minutes, but a present in which Icons are apt and being POPular is just a matter of #like.

GARBITCH SALE, on the one hand, seeks to strengthen the relationship between art and life, dragging the second into the former, in a state of reciprocity; from the other, to the reflection on the meaning and destination of the work of art and on the characters of visual communication. 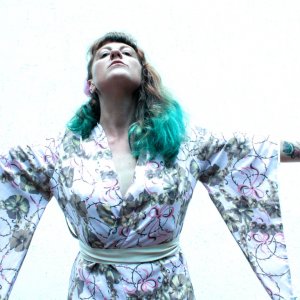 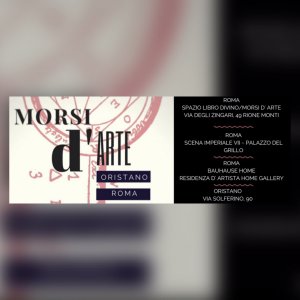