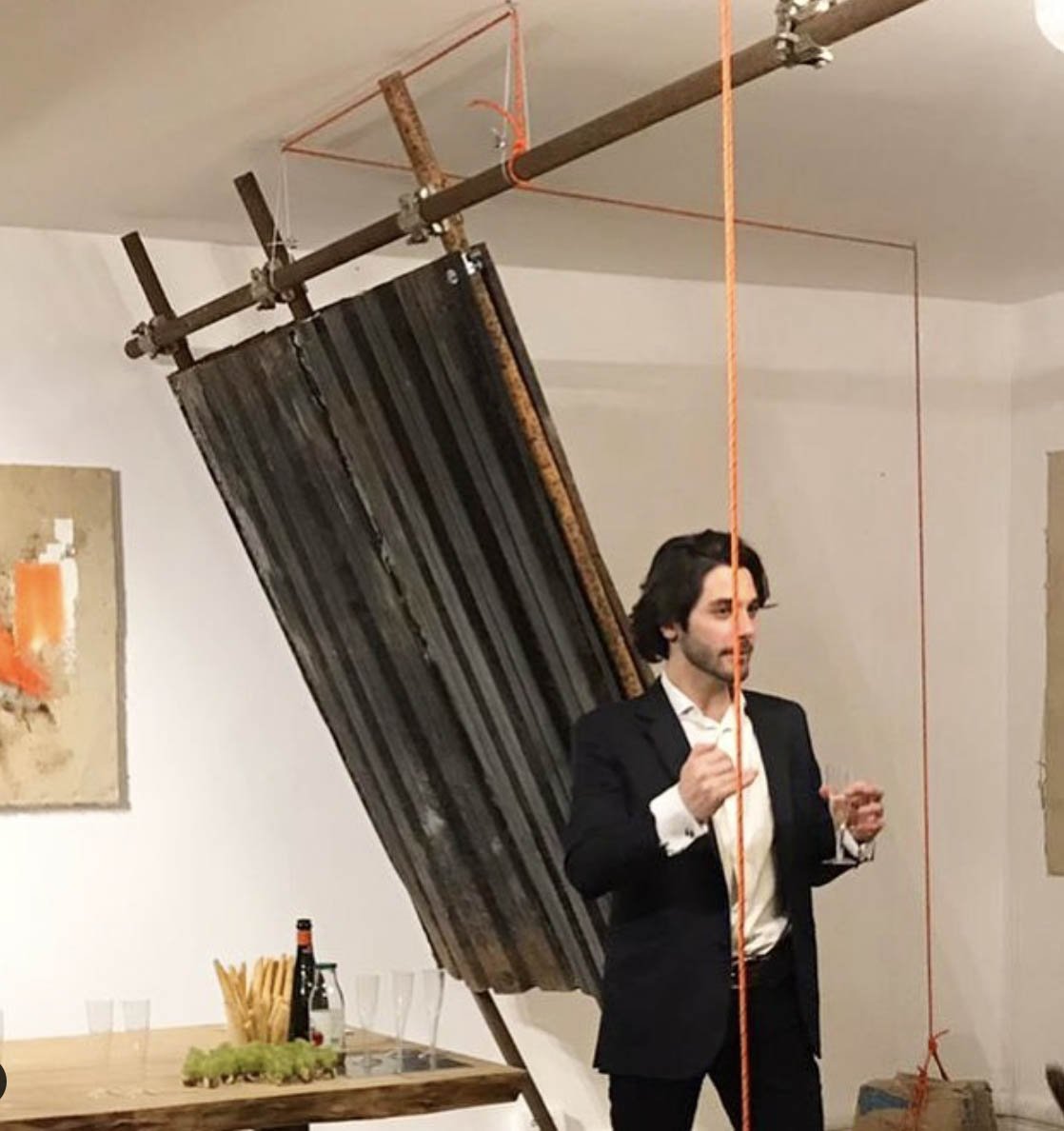 He attended the 12th Class at the Heinrich-von-Gagern-Gymnasium in Frankfurt am Main; he obtained his scientific diploma at the Liceo s.s. Amedeo Avogadro in Rome in 2006.

He travels for two years in Western Europe, Latin America and Australia. Back in Europe he settled in Germany, in Frankfurt am Main, where he participated in numerous cultural initiatives receiving the first significant recognition as an artist.

His curatorial activity began in 2010 with "STADTZIRKUS": transformation of the exhibition space into urban space, realized by bringing street artists into the space of the Kunstverein Familie Montez to exhibit them as if they were works. For a few years he worked as an assistant to the interdisciplinary artist Miroslaw Macke, Meisterschueler by Hermann Nitsch, interested in Viennese Actionism and its developments in the second and third generations. In the same year he was appointed a member of the board of directors of the Kunstverein Familie Montez and was involved in some exhibitions at important institutions such as the Museum das Haus der Stadtgeschichte in Offenbach, the Museum fuer Moderne Kunst, Lichtkultur Biennale, Museum fuer Angewandte.

In 2012 he curated the exhibition "Fragile Helden" at the Kunstverein Familie Montez and was subsequently selected by Dr. Markus Frings, Director of the Haus der Stadtgeschichte in Offenbach a.m. to participate in the itinerant project "Kunsthallen Offenbach" and represent in the exhibition "Neue Welten" the latest trends of contemporary European art.

In the same year he moved to Rome where he started a project twinned with the Kunstverein Familie Montez in Frankfurt, forming the Atelier Montez, where he is President and Artistic Director. Atelier Montez was born from the regeneration of an abandoned urban wreck in the historic outskirts of Rome Pietralata and is now one of the most active and energetic contemporary art centers of the Capital, obtaining important awards both nationally and internationally (winner in 2018 of the Award "Creatures - art experiments in urban laboratories" awarded by Open City Rome).

In September 2012 he curated the art exhibition of the young emerging Osvaldo De Grazia in Meknés (Morocco), for the Ducci Foundation. The following year he began to work assiduously with the Fondazione Ducci, promoting important initiatives for its Art section. In the occasion of "Incontrifès 2013" he realizes "Le Nouvelle Palmeraie", his first solo sculpture exhibition presented by Claudio Strinati at the Palais Dar Tazi, institutional headquarters of the "Esprit de Fes" Foundation, in Morocco. Today the installation is on permanent standstill at the outer square of the Bibliotheque National in Rabat, welcomed as a gift to the city of Rabat and a symbol of dialogue between the different cultures of the Mediterranean.

In the same year he curated the solo exhibition "Banners" by the artist Turi Sottile at Atelier Montez, Rome.

Between 2014 and 2015 he developed important artistic collaborations with the "A.C. Premio Centro" in Soriano nel Cimino and curated the solo exhibition "Archipitture" by the artist Claudio Meli at Atelier Montez, Rome.

Meanwhile, he is engaged in the mission "ART-Eco" of the European Community, in cooperation with the International Committee for the Development of Peoples and with the Ducci Foundation, scouting the Cuban art scene and contributing to the development of independent culture in Havana.

In 2016 he participates in the CINEFORUM exhibition organized by the Professor of Psychiatry Gabriele Cavaggioni and works on artistic projects with Vitaldo Conte and Giancarlo Carpi. In October of the same year, Gio Montez takes care of the participation of Atelier Montez at the first edition of Rome Art Week as a structure.

For the occasion, a project entitled "Behind closed doors" is presented, which merges the theatre with the artistic production of Atelier Montez, creating a situation that is at the same time scene, exhibition gallery and living space.

In 2017 he designed and curated "PIETRALARTE" Festival of performance and Art-street, for the "Estate Romana" by the Department of Culture of Rome.

In 2018 he curated the production of the artist Dirk Baumanns, later presented in the exhibition "Il Corpo con le Ali - Da Edward Muybridge a Dirk Baumanns", at the gallery Futurism & Co. in Rome (exhibition curated by Giancarlo Carpi). In summer he curated "PIETRALARTE 2018", II edition of the Festival of performance and Art-street. In the same year, Gio Montez sealed the partnetship of Atelier Montez with the Frankfurt International Theatre, projecting an event dedicated to performance and acting, followed by a twinning program that began in 2019 and is still ongoing today. In 2019 he designed artMED and artSTREET exhibitions for Atelier Montez, which develop in the form of artist residences with the following impromptu exhibition.

In spring 2019 Gio Montez curates "Otia a Soriano", a multidisciplinary project that includes three days of artistic performances at the Palazzo Chigi-Albani in Soriano nel Cimino and the adjacent Fonte Papacqua. The performances were filmed and will be edited in a film, directed by Gio Montez himself. In October 2019 he curated the exhibition Nitsch and his double - organ concert by Hermann Nitsch, at Atelier Montez.

In June 2020 he graduated from the Academy of Fine Arts in Rome presenting a thesis on the definition of the genre of performance in the visual arts, with speaker Vitaldo Conte. In the meantime, he launched the Be*part project, an international call open to all artists who want to take part in the largest art exhibition ever, which will be held in Atelier Montez throughout 2021. 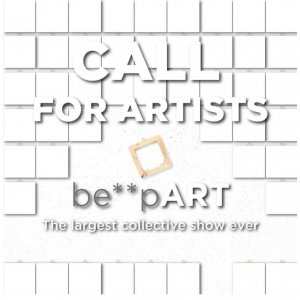