In 2011, he was invited to intervene in the spaces of the Museum of the Other and the Elsewhere (MAAM) as part of the Space Metropoliz project, an experiment in redevelopment and participatory design in a former occupied factory. 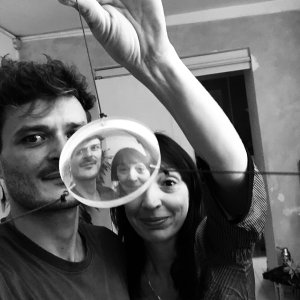