Since 2011 always in the gallery 'the laboratory':

2011 Rome - In the appropriate spaces

2013 Rome - Windmills and other stories

2019 Rome - Anyway… fly
Born and raised in Rome, graduated from the Art School in via Ripetta in Rome, she continues her studies at the painting course of the Academy of Fine Arts.

In 1967 she won the second prize in the Tomba di Nerone competition.

She works in the field of editorial illustration for Edipress in Milan and clothing decoration with fabric printing and screen printing.

In 1979 she opens her own studio of artistic and consumer ceramics: she participates with her works in many events in Italy and abroad (Sant 'Egidio museum, San Michele museum, San Marco gallery located in via del Babbuino, arch of via Giulia , art fair of Bologna, ducal palace of Todi, art fair of Dusseldorf, exhibition of artistic craftsmanship of Munich, Spoleto festival) and exports her products to Italy, Switzerland, Germany, Japan and the USA.

Since 2000 she has dedicated herself to the creation of jewels in silver, bronze, gold and semi-precious stones.

Her artistic career has touched various themes and techniques without forgetting to communicate emotions. After the first mainly figurative works on paper and cardboard (various techniques), she often develops feminine themes (works on paper). Subsequently she undertook an initial research on urban decay with oils on wood ("urban passages"). She is passionate with new techniques and she gives birth to works of the "informal period" on wood (acrylics, cellulose pulp, canvases, threads) with material effects.

In 2011 with "in the appropriate spaces" she privileged a more direct message with figurative images (oil on panel) that tell stories and moods, while since 2012 with "works on paper" and "windmills and other stories" she enriches her techniques  including narrative elements also developed in the subsequent "I am an artist" and "the dress of the soul".

In the following years her theme focuses in particular on "waste", seen as a horrid and fascinating traces of previous life, and also includes reworkings of photographic elements in her research, as in the personal "all about nothing" of 2016 and even more in the last of 2019 "In spite of everything ... let's fly".

In the 2020's year works she tries to mend fragments of memories and life: while observing aspects of suffering and degradation, she always remains open to the possibility of positive change, because beauty is one of the few chances of human beings salvation.

The reflection continues in the following years, she imagines a destroyed nature that reassembles its fragments in a new unexpected scenery. 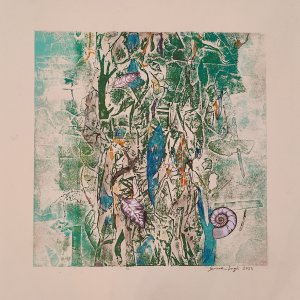 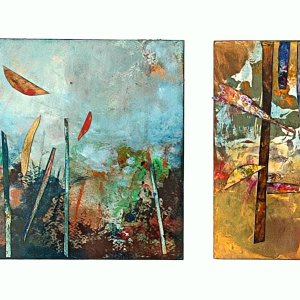 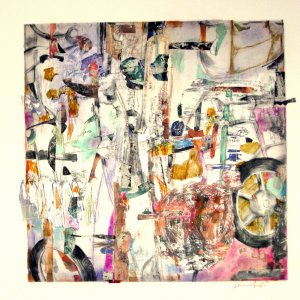 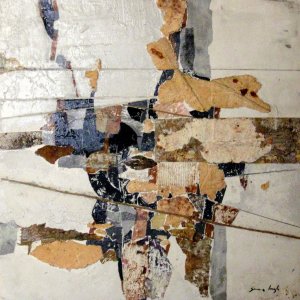 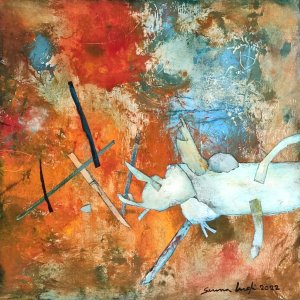 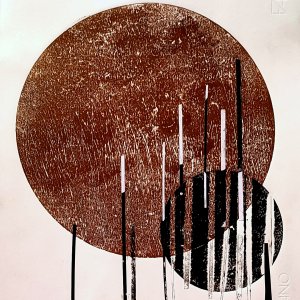 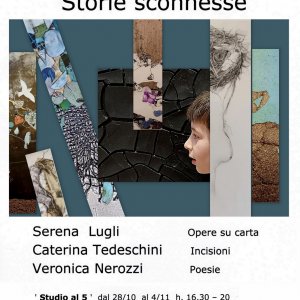