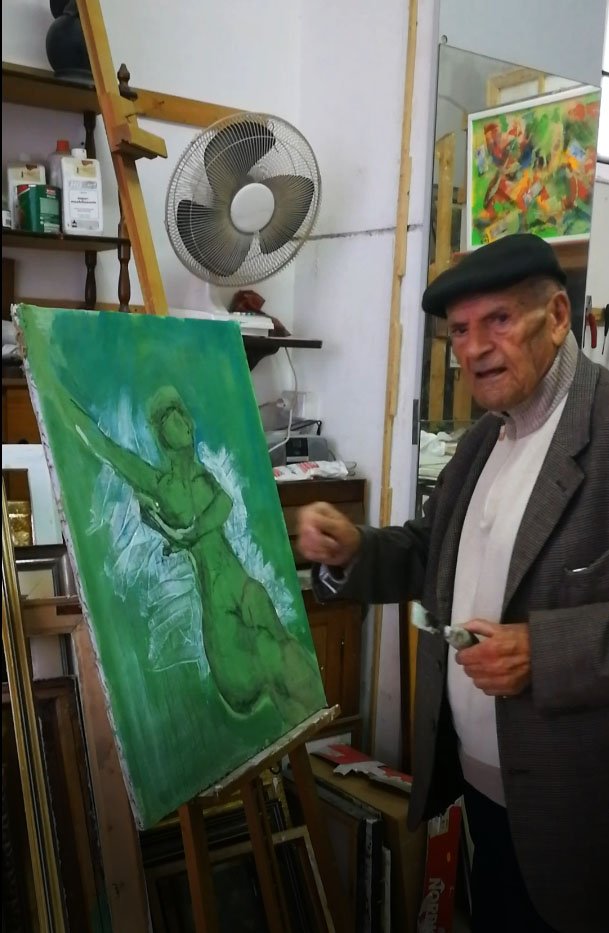 He moves first educational steps in Rome graduating the Ripetta artistic high school. In 1949 he enrolls the faculty of Architecture and the following year moves to the University of Naples. In 1953 he moves to United States of America to follow courses at faculty of Fine Arts at the University of Champaign-Illinois. In 1956 he returns to Europe refusing the teaching of Art History at University of London. After spending a few years in the capital of Italy becoming one of the animator of of the evenings of the "dolce vita", (friend of Costanzo Costantini he enjoied the friendship of Luchino Visconti) he moves to the province. He starts  working on the infinite potential of that territory also in order to reduce cultural disparities with the great urban centers (he founded the gallery La Saletta in Frosinone, the Arte Club and Expo Arte galleries in Sora; he curated three editions of the Biennale di Arte Sacra of Sora; in 1963 he organized the "Pittura in Ciociaria" wich president of jury was Giorgio De Chirico; etc.) alternating between some stays in Paris-France. In 1974 he abruptly interrupt his activity due to the onset of a serious illness that forced him to a long convalescence without stopping painting. He gradually returns to the art scene in the eighties of twentieth century, now marked by his new reserved personality and refusing several exibit invitations. Today he is still artistically active. 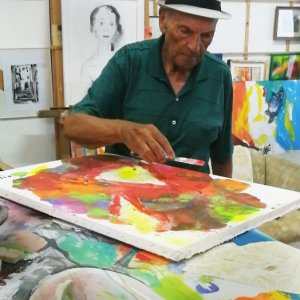 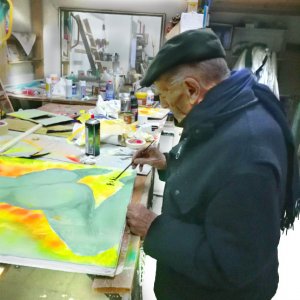 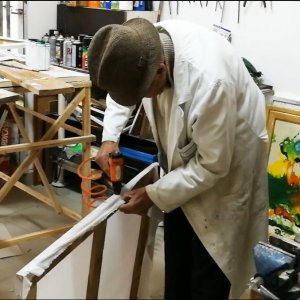 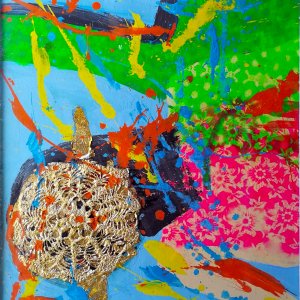 15-31 Oct 2020
Pictorial Virulences - The virus according to Michele Rosa
During the whole lock down period Michele Rosa has worked for the exhibition
Free admission
Vernissage Thursday 15 Oct 2020 | 18:00