Marialisa Monna was born in Rome. She graduated in Arts at La Sapienza writing her thesis on Ethnomusicology. She studied Composition at Santa Cecilia and she graduated in Conducting. She attended seminars by Sergiu Celibidache in Munich, Silvano Bussotti in Fiesole, and Karlheinz Stockhausen in Rome.

In 1982 she became a professor of Music History and XX Century’s Musical Languages at the Accademia Nazionale di Danza in Rome, where she has taught till 2015.

She collaborated with the RAI on several occasions, as a musical consultant for the TGTre Nazionale and as an author for the Terza Rete of the Radio.

She has given seminars at universities and training courses on the relationship between music and dance in the twentieth century. She has published articles, essays in specialized magazines and updated the catalog of works by Goffredo Petrassi for Suvini and Zerboni.

She has published the following books: Giuliana dai capelli di fuoco / Giuliana with Hair of Fire, Nuova Eri, 1990, a reconstruction of the history of the Accademia Nazionale di Danza from its foundation; Il Corpo parlante - Viaggio nella danza del Novecento / The Talking Body - Journey into the XX Century’s Dance,  Galzerano, 2001, taken from a radio programme of the same name, written and produced for the RAI RadioTre.

Because of her commitment to teaching, Galzerano decided to publish the series Arte Spettacolo Strumenti / Art Entertainment Tools, in 2003 together with the book, Come affrontare un esame di Storia della Musica- Cenni metologici / How to Face a History of Music Exam - Methodological Notes, Galzerano, 2003, followed by, Introduzione ai linguaggi della musica - Musica oralità scrittura / Introduction to the Languages ​​of Music - Music Orality Literacy, Galzerano, 2005, the result of personal research into the global formative contribution of music and the properties of musical communication.

She has always played an artistic role in music theatre, for which she composed a series of short works that she named Melogrammi. Among these, D.I. (Daedalus and Icarus), Ricordi, Milano, 1998, A cadeau to Nanni Moretti, Habitat, whose staging she directed in the contemporary music events.

She collaborated with M. Bagella on L'ingordigia punita / The Punished Greed, 2003, L'ultima domanda / The Last Question, Rome, Goethe Institut, 2002, and Arione, Rome, Goethe Institut, 2004, works based on her original texts and music by the roman composer. She also prepared staging and directed the latter two, which have been repeatedly performed.

She wrote the texts, with a sound edition, for the choreographies Giulietta degli spiriti – Questi e altri fantasmi / Juliet of the Spirits - These and Other Ghosts and Monolocale vendesi / Studio for Sale of S. Nifosi with music by M. Bagella, several times performed by "Sonia Nifosi Motion Dance Group" in 2010 and in 2011. She also created a sound set-up of texts for the ballets Medea-Voci  / Medea-Voices by P. Scoppettuolo and Mother 0.3 by V. Versino.

In parallel to musical activity, she has always practiced creativity bordering on art and design, working on various materials. In 2017 she made her artistic work public with the exhibition Between East and West - Cloisonné in Use, and in May 2018, Between East and West - Cloisonné in Use, Second Part. Staged as compound events, with music by M. Bagella and with dance performances, the two exhibitions are realizations of a concept project, synthesis of several experiences.

Together with Mauro Bagella and Donatella Vici, in 2002 she founded emmebifactory, a studio for the ideation, planning and realization of artistic works, of culture and performance (www.emmebifactory.com).

Between the last productions of emmebifactory, she curated  the staging of  Contrappunto a tre / Counterpoint to Three as part of  Roma Capitale Summer Solstice Night 2018, event with music by M. Bagella and M. Monna, video by D. Vici; on last August, with M. Bagella she created the music for Nero in opera / Black in Work, a performance-installation by D. Vici, inspired by Marguerite Yourcenar and selected for Land Art al Furlo 2018.

In 2019 October, with M. Bagella, she created a sound environment for the S. Cammilleri video interactive installation Superproteic O... at the museum MACRO in Rome 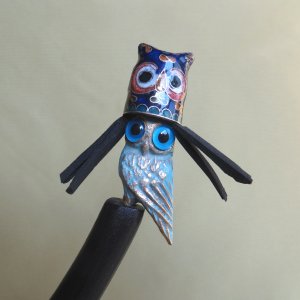 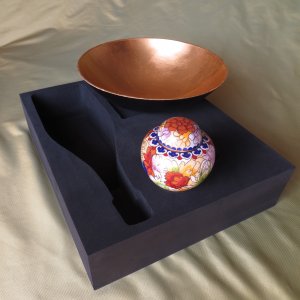 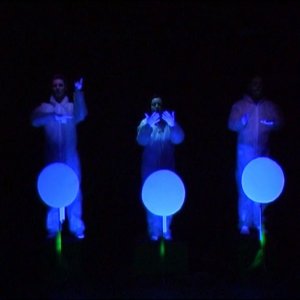 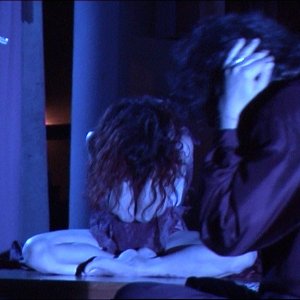 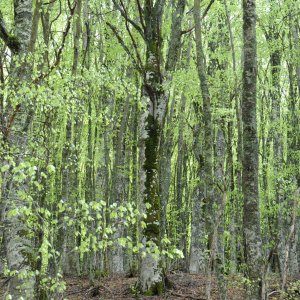