Born in Rome, he began to draw from childhood and then chose higher studies at the First Art High School in Rome In Via Ripetta, graduating brillantly, mainly following the masters Renzogallo and Bruno Conte. Thus he began to experiment with themes and techniques.

In 2006 he was listed in the well-known "IL QUADRATO" in Milan.
Since 2008 he has been doing extemporanea during events, such as the one at the Concerto di S. Stefano,
at the Ara Coeli in 2009 in Rome and the ones at the Celimontana Jazz Festival in 2010.
He is an illustrator for El Tanguero magazine, and since March 2012 for Virginia Barrett.
In 2014 he won the competition for Pink Floyd Theme Exhibition exposing the work "Astronomy Domine" in
Venice.
He was a guest of the transmission TgDue Insieme as an extemporaneous draftsman.
In 2015 he was a portraitist for the "Tango Cabaret" show by Stefania Corradetti at the Salone Margherita
in Rome.
in 2016 Illustrates TANGO TEHERAN, a novel by Ermanno Felli, and from 2017 he is a professor of painting at the
UPTER. 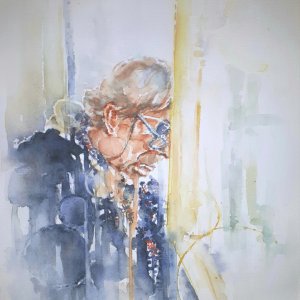 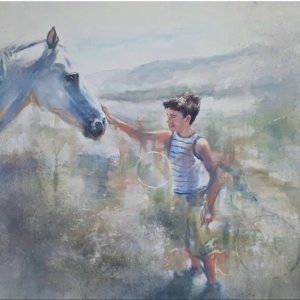 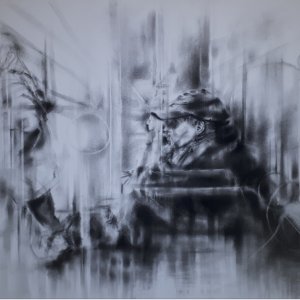 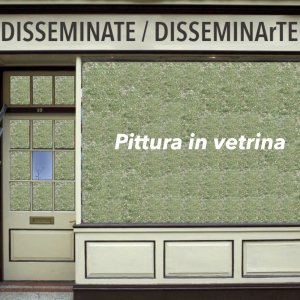 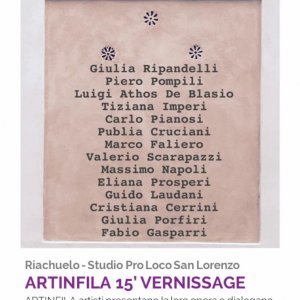 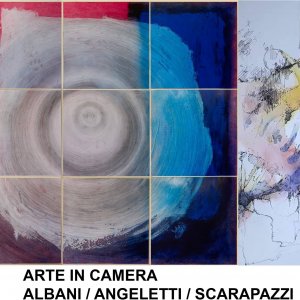