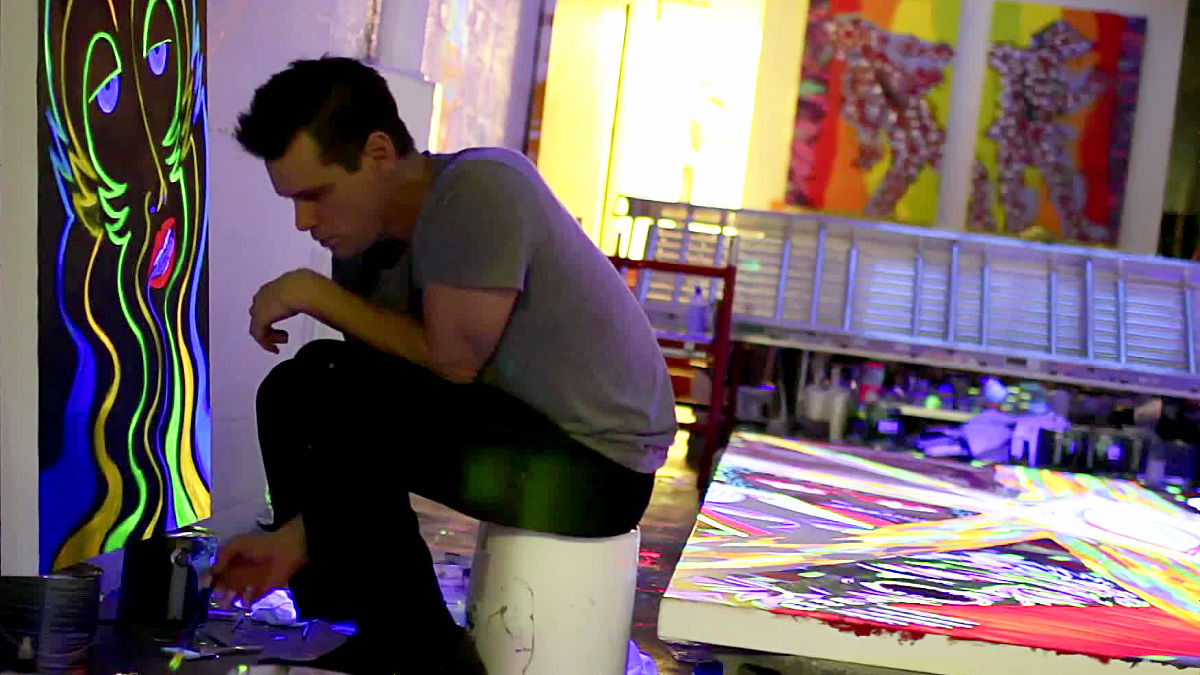 The need that becomes art

Sometimes who is an artist is so because of the need to express himself masking himself behind a character or behind a painted canvas.

It’s not difficult to find actors who, after years of fame as red carpets, find themselves in studios surrounded by canvases, colors and brushes.

Not even the multifaceted actor Jim Carrey, Canadian by birth but American by adoption, who rediscovered his passion for painting and sculpture, was left out of this line.

Haven’t improvised himself as an artist but it’s a passion he has always cultivated, only now, however, has he begun to practice it seriously.

His works are mostly portraits of women, skulls, lampshades, self-portraits or pop icons that refer to the style of Andy Warhol and Obey.

In a beautiful video-documentary Jim Carrey tells of his passion seen as a means of espiation and care from the pains of life; almost an obsession his, born by chance but especially by necessity, on a sad and depressing winter day while walking in New York: “I needed color“. The video, in fact, is entitled “I Needed Color“, is directed by David Buschell and is shot in the New York studio of Carrey in which very large canvases full of color predominate. His technique consists in applying fresh paint on a dry layer and then scraping it, in order to obtain a particular “color” effect.

When I started painting, I became so obsessed that there was no room to move around my house. There were paintings everywhere. They were becoming part of the furniture, I ate them.

Painting as a form of catharsis and consolation for the delusions of life:

Improvisely, six years ago, at a time when I was trying to heal the broken heart, I thought: well, maybe I’ll paint. I don’t know what painting teaches me, I just know that it makes me free. Free from the future, free from the past, free from regret and worry.

Arte as liberation, as maximum form of freedom: you are alone with your canvas ready to receive your “words” made of color, signs and contours. There is nothing else but your soul that pushes to be impressed or shaped in a work.

Here is the link of the video.