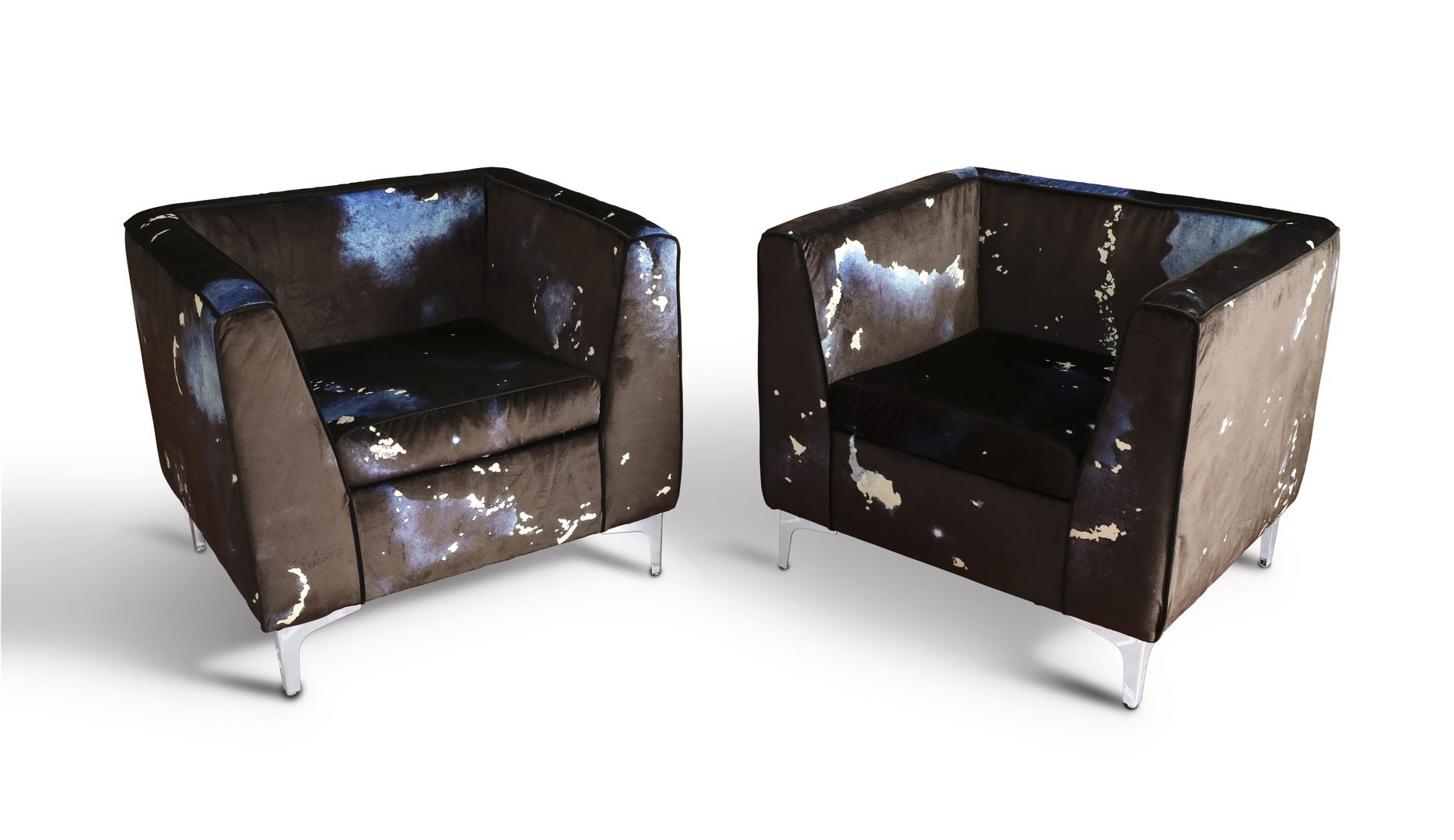 The Kosmoverses are a core of Artworks with function of Furniture: unique pieces made by the Artist Silvia Iorio and part of her large-scale project 'Odysseia'.

The etymology of their name comes from the ancient Greek word Kósmos [κόσμος], which in addition to meaning of "order", among its interpretations also expresses the concept of "home".

Already expert of different Universes and Other Realities, Silvia Iorio also profuses her artistic and astrophysical knowledge in the Interiors, redesigning a specific Furnishing World, which becomes part of the "Abode of Humanity".

The first occasion in which the Artist experienced her interest in Furnishings has its roots in 2005, when, during the production of the Holoverses Group, she created the first examples of Holographic Tables.

Later, in 2006, during the realization of the great Black Hole fiberglass sculpture, Silvia Iorio continued producing additional Interiors, this time merging the utility of a Bench, or Ideal Pensiève - where to sit and reflect on the Event Horizon - to a revolutionary Artwork, glazed in deep blue, depicting a Black Hole: a Material Sculpture of an Immaterial Subject.

In 2014, following the evolution of her inner feeling, expressed by the creation of a further Table - containing fragments of paper overwritten in Codex and entitled (in a Duchamp style) The Large Codex, exhibited in the Collective “Pulsar: Art and Music from Space", inaugurated at the Turin Planetarium and Astronomical Observatory Museum, curated by Arteco - the Artist received a kind request by Margherita Marzotto - from the prestigious Family of industrialists from Vicenza - to modify the Artwork into a Courtesy Table for her own private Collector room, embedding drawings and fragments of Codes within a vitroflex transparent structure that, like a treasure chest, could be used to show them to her guests.

After the success and enthusiasm aroused by the new production, Silvia Iorio began to conceive also a nucleus of Cosmic Guéridons, them equally made in transparent vitroflex and internally containing her astral Watercolors – all unique, original and signed pieces.

Then, in 2019, in preparation for the Personal Exhibition "Faith" curated by Francesca Valente at the Space Mater Gallery in Todi, the Artist applied the experience in Home Décor she gained over the years to elaborate the Kosmoverses: a new sequence of Artworks, generated by transforming her Universes into Furnishing elements.

The first examples of Kosmoverses were thus made by precisely transmitting those chromatic fields of Universe #60 and Universe #94 - two Ioric Watercolors formerly belonging to the Marzotto Art Collection - over a refined English velvet, bright, soft and 351 gr/sqm thick.

This gave life to a nucleus of Curtains, Armchairs, Ottomans and Lamps: all pieces that, despite being Furnitures, are each of them an absolute “unique work of Art”. 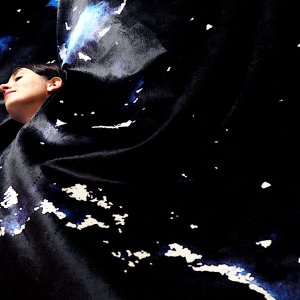 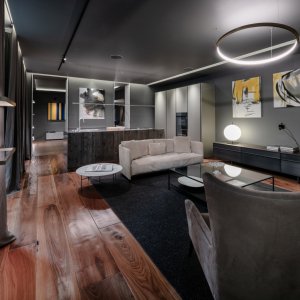