A dialogue between Francesco Arena, Luigi Presicce and Raffaele Quida 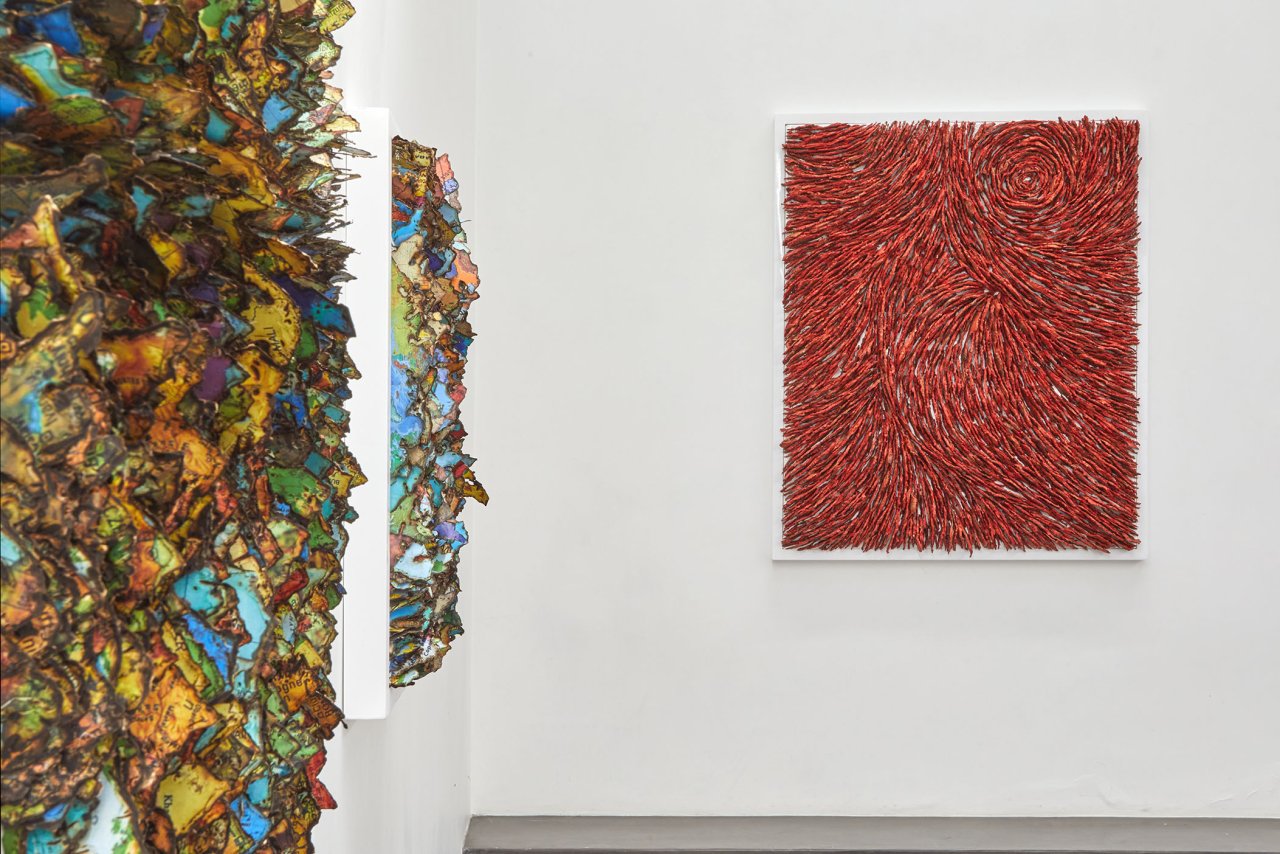 BETWEEN NOW AND THEN. The Moroccan Wave

Galleria Anna Marra is pleased to present Luce dei miei occhi, a group exhibition curated by Daniela Bigi, opening on 22 September 2022.
Luce dei miei occhi looks like a dialogue between the three voices of Francesco Arena, Luigi Presicce and Raffaele Quida, artists united by a strong bond of friendship as well as by the common belonging to a landscape that is both a place of origin, a land of residence and the root of poetry.

Through the creation of a dialogical relationship between works very different in content, conception, medium and material, the project builds a composite panorama that is the result of the intersection of the landscapes that each of these authors puts in field as a primary factor of their research, even if not necessarily explicit.

The title of the project, only apparently misleading, actually refers to Frederick II of Swabia, to whom tradition attributes this exclamation in the years when he was in the land of Apulia. In fact, it is said that the Stupor Mundi wrote in a letter "if the Lord had seen this plain, light of my eyes, he would have decided to stop and live here". The exhibition is somewhat guided by the sentimental order and both the symbolic order and the landscape that the evocative image of the Emperor calls into question, between existential traces, popular narratives, light experiments, temporal statements, hermetic suggestions, geometric recurrences, classificatory instances, abstract visionary. Between issues of nature, issues of culture and horizon planes. Between sculpture, performance, painting and photography.

In terms of explicit content, the exhibition presents works that, on the one hand, thematize the natural landscape through different ways of thinking about it, and on the other hand, evoke a layered and complex landscape, that can be told synthetically – for example with cigars smoked only in part, or a tableau vivant which recalls a popular party, or through human traces imprinted on photosensitive paper – but that basically looks like the ground for an imaginative sharing that overcomes the evidence of the visual and makes its way into the polymorph and capillary universe of the symbolic.

Among the works exhibited, selected within the almost twenty-year production of each of the three artists, there are sculptures by Francesco Arena of different sizes and materials chosen from those in which the relationship between personal experience, memory of nature, literary substance and geometric abstraction is most recognizable; great photographs of performances by Luigi Presicce dedicated both to the secular religious folklore of his land and to his most recent investigations and experiments in the subject of painting en plein air; works of various materials (paper, plexi- glass, slate, lead) by Raffaele Quida, in which light determines space and writes time, with the complicity of geometric logic, of the properties of matter and sometimes of rural customs. 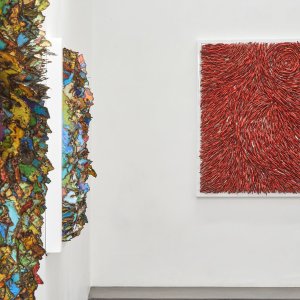