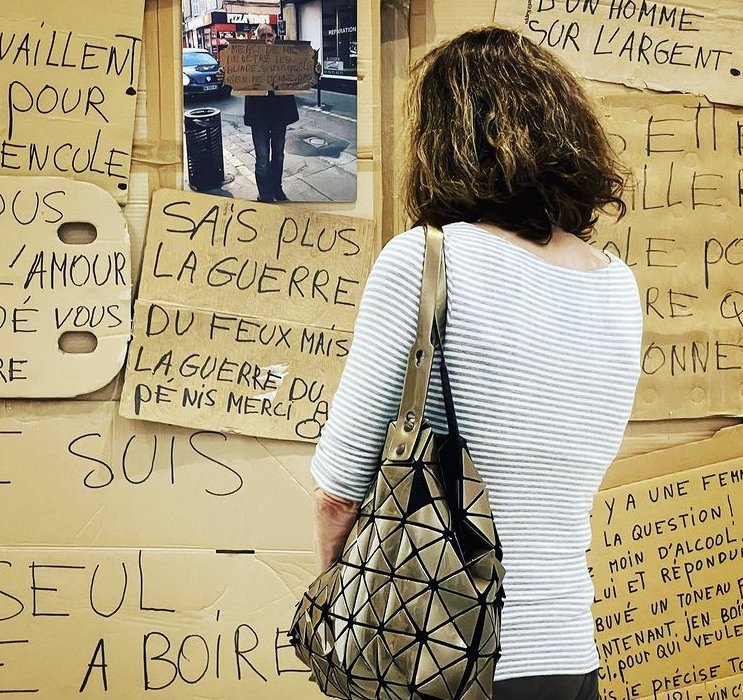 From April 30th to November 20th 2022, SIC12 Art Studio Rome presents "Parole in cammino" an Art Brut exhibition from the collection of Gustavo Giacosa and Fausto Ferraiuolo.
The exhibition continues the series begun last year with "A Due" the opening exhibition of this new space dedicated to the study and dissemination of Art Brut and its possible dialogues with contemporary art. This series includes three exhibitions matching three thematic cores that structure the collection: notion of double, mirror and otherness, the graphic dimension of writing, and the human body and memory.

The new exhibition "Parole in cammino" aims to highlight the relationship between graphic sign and the wandering dimension of walking meanwhile investigating other forms of writing, made in solitude but on intimate formats such as pages of a notebook or sheets of paper. These last are at the root of the notion of "writings brut" created by Swiss art historian Michel Thévoz in 1978. Such productions are characterized by the chaotic coexistence of words and images that respond to an internal and mysterious order, or by a hybrid form that transmutes a written form into an image. As Michel Thévoz says in his book "Les écrits bruts. Le langage de la rupture" (The brut writings. A language of rupture) "One does not write only to formulate ideas (...) one writes also sometimes, and in a completely different sense, to free oneself, to venture out of the personal sphere into an imaginary space where the poles of messages sender and receiver cancel out."

Since 2009, Gustavo Giacosa became interested in works produced by author-walker who manifest themselves in the public space and are outside the art system. This research has resulted in exhibitions such as "Noi quelli della parola che sempre cammina" in Genoa in 2010, "Bandits of Art" in Paris in 2012, "Paroles en marche" in Toulon in 2016, as well as articles such as "L'Altérité et l'ailleurs" in Artpress magazine No. 30 or "Lignes de fuite" for the catalogue "L'Autre de l'Art" in 2014. This path of research and valorization has led to the institutional recognition of some of these authors, such as Melina Riccio, whose works are currently included in the exhibition "Season 2: BRICOLAGE" at the Musée National d'Art Moderne - Centre George Pompidou in Paris. The new exhibition "Parole in cammino" is the heir to all these discoveries.