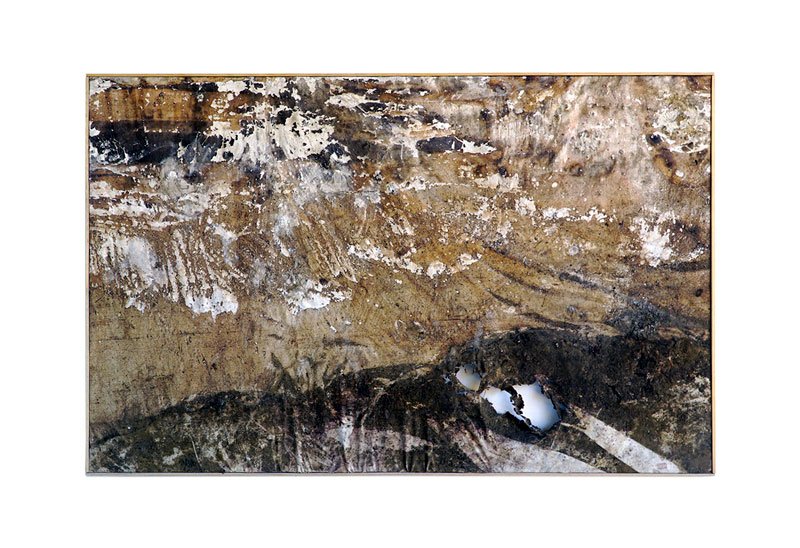 On Saturday 24th September the FABER art gallery presents the IMPERMANENTE exhibition by Roberto Ghezzi.
The conceptual center of the exhibition is represented by the Naturografie © project, which has its prodromes in the former years of the 2000s and which defines new criteria for collaboration between Man and Nature, in which time and natural elements become again protagonists of creation together with the artist. An experimentation on the possibility of delineating an artistic operation in close contact with nature, such as to restore an image of impermanence of its action, of its incessant becoming.
The exhibition itinerary, entirely conceived in site specific, aims to immerse the viewer in a corpus of organic works that reflect a living and pulsating ecosystem environment.
In fact, the outcome of Ghezzi's research is equivalent to a restitution, on canvas, of the flow of the invisible elements that they acted on it, thus reconstructing a subliminal, aesthetic and at the same time iconic portrait. The surfaces appear as textures characterized by the fading of vibrant and pervasive colors, obtained from the stratification of sediments and minerals, as well as from the passage of time; here constitutive factor. The experience of nature, through the terrestrial or aquatic installations made in various corners of the globe, it is perceived in aesthetic terms, but also materials, making it the common denominator of an investigation that aims to connect the breath of the absolute and the relative. The artist searches for the most hidden archetype; the essence, the noumenon.
The shift, by the artist, of the research direction, both thematic and operational, in favor of research on entities of nature contrasts with the dominant conception in today's society, which is drastically technocratic.
The example provided by the work of Roberto Ghezzi reflects how contemporary art is developing a language where time, metamorphosis, the use of perishable organic materials and the partial delegation of the definition of the work to the automatisms of ecosystems appear to be the majority terms of an alphabet that
expresses an aesthetic opposite to that professed by the prevailing culture of media inflation, overexposed, of the didactic, of the hyper-visible.
In my research, the aspect of transformation is becoming increasingly important.
The Naturographies are intentionally created not to resist, to yield to the place, to the passage of time on they. Impermanence is of value to me, both artistically, because I admire its incredible forms and absolutely free; both ethically, because a non-eternal work carries with it a strong message in a society that has made of
his condemnation is an imperishable residue; and philosophically, because in the artistic exaltation of the forms of de composition I also see an exorcization of the disappearance, of the disappearance of the body, of a king pushed elsewhere according to the typical Western attitude that no longer accepts the idea of ​​passing away.
And then the parts that are often missing from the works taken, the disappearances that tear them through cuts, holes and tears take on a new, much higher meaning: that of the cycle of life. From nature to a work of art to nature. And if there is more value or meaning in a new life than in an immutable and eternal human work, here is what it disappears acquires more value than what remains. Here is the new primacy of impermanence. 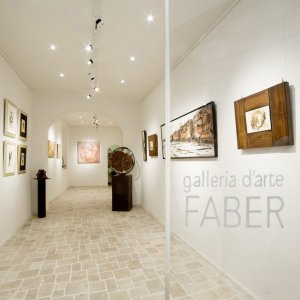