Setsuko: Into the Trees II

Gagosian to Exhibit Sculptures, Paintings, and Works on Paper by Setsuko in Rome 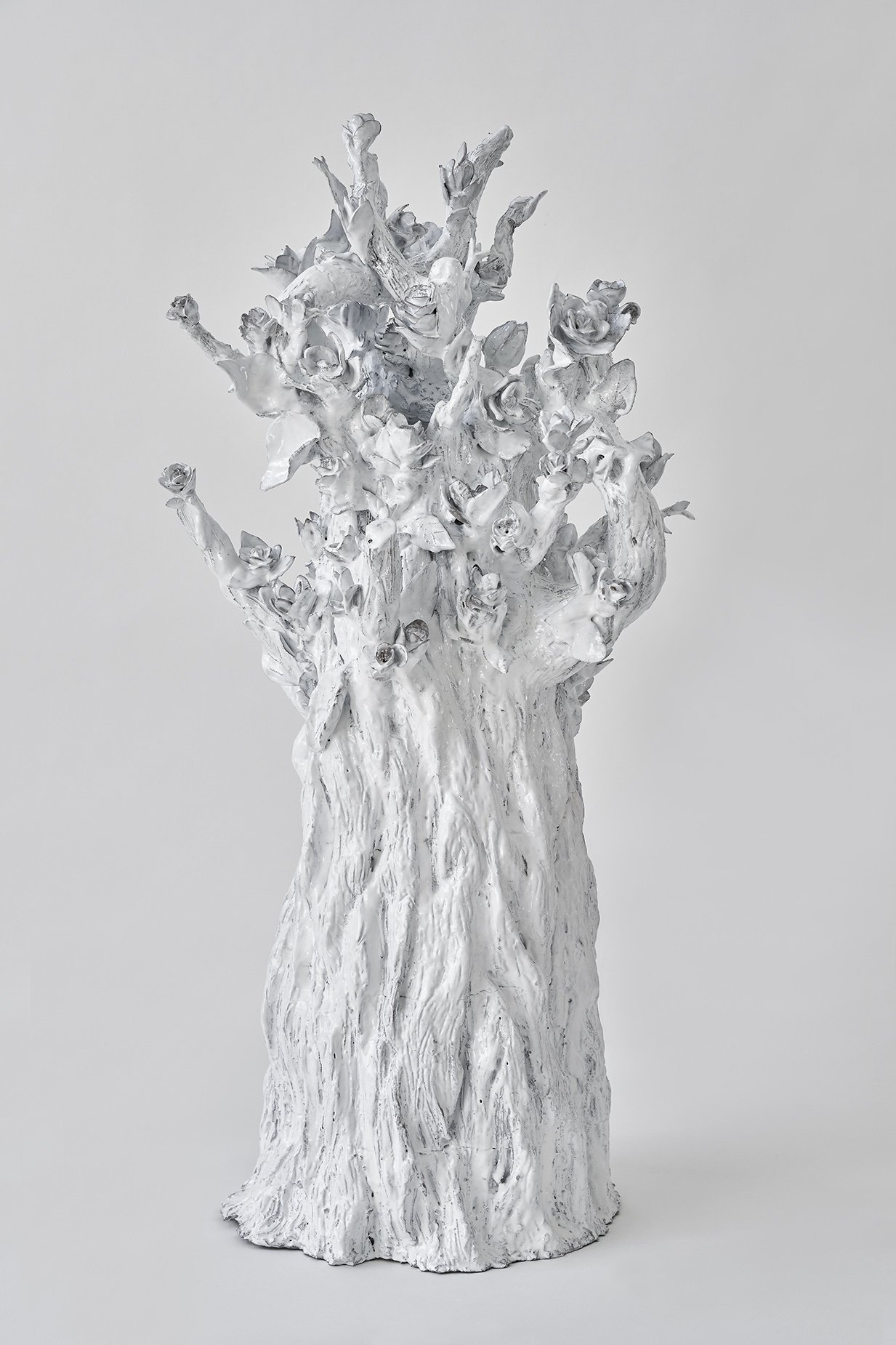 To touch and shape earth is a way to live with nature.
—Setsuko

Gagosian is pleased to announce Into the Trees II, an exhibition of new
sculptures by Setsuko in ceramic, bronze, and wood, inspired by the richness of the natural world.
Also on view are paintings from throughout her career and a selection of new works on paper.

The exhibition furthers the body of work presented in Into the Trees, Setsuko’s 2019 exhibition at Gagosian Paris. It also marks her return to Rome, where she lived for fifteen years at the Villa Medici with her husband, Balthus, during his tenure as director of the Académie de France à Rome, before the couple moved to the Grand Chalet of Rossinière, Switzerland, in 1977. It was there, too, that she
first met Benoît Astier de Villatte, who also resided at the Villa Medici as a child. Now Setsuko works in Astier de Villatte’s workshop in Paris, where she produces her own artwork and collaborates with the renowned studio on ceramic collections as well. Moreover, Into the Trees II is the first time that Setsuko’s work has been presented in Rome since 1979, the date of her first solo exhibition at Galleria
Il Gabbiano.

Made of terra-cotta that she glazes in a milky white enamel, Setsuko’s ceramic sculptures of oak, magnolia, rose, lemon, quince, pomegranate, and fig trees, and grapevines emphasize the rooted solidity of their trunks and the gnarled texture of their bark. They also incorporate delicately modeled representations of foliage, flowers, acorns, and fruits. Their imposing forms and delicate surfaces convey strength developed over years of survival as well as emergent new growth, with vital structures that communicate the artist’s lifelong observation of nature. These works are reminiscent of Japanese ceramics dating back to Joˉmon earthenware (c. 10,500–300 BCE), while also drawing inspiration from European aesthetic traditions—a continuation of Setsuko’s drive to unite imagery from East and West.

The ceramics are complemented by a wooden sculpture of an olive tree with painted leaves and flowers. This is shown together with sculptural candelabras in bronze adorned with grapevine, fig, and pomegranate motifs. These works continue in the mode of those in Regards de Setsuko, a 2021 exhibition at Musée national du château de Malmaison, Rueil-Malmaison, France, which was conceived in dialogue with the decorative arts preserved in the home of Joséphine de Beauharnais
and Napoleon Bonaparte.

A grouping of Setsuko’s paintings and works on paper charts her development as an artist over six decades, from the 1960s, when she was in Rome, through works made during the pandemic lockdown. Delicately rendered and precisely defined within a flattened pictorial space, these elegant still-life arrangements and intimate domestic interiors are at times enlivened by the presence of plants and cats. A synthesis of traditional Japanese and modernist European aesthetics, the paintings—like the artist’s sculptural works—reveal her close, contemplative observation of everyday objects and the life that surrounds them.