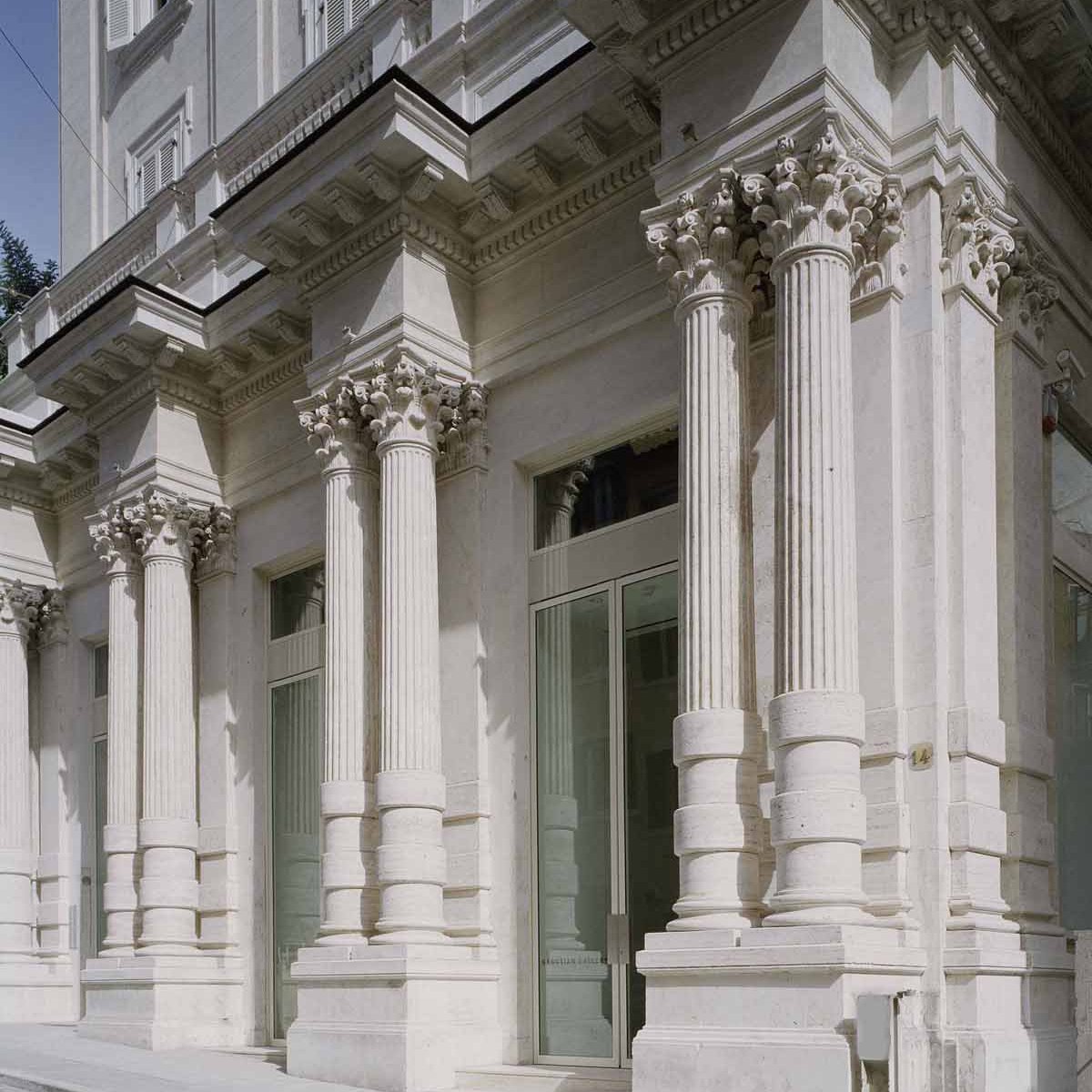 Gagosian is pleased to announce Souvenirs of Time, an exhibition of photographs by Cy Twombly. On view at Gagosian Rome from October 30 to November 13, 2021, the exhibition surveys the photographs that Twombly took throughout his career of his studios and domestic interiors, and of classical sculptures. Made over a sixty-year period across locations in the United States and Italy, these images chronicle locations that were central to the artist’s life and work.

Twombly was active as a photographer from his days at a student at Black Mountain College in North Carolina in the early 1950s through his death in 2011. He used photography to capture studies of his daily life and motifs that held his interest. His images display an affinity with the Pictorialism of such figures as Edward Steichen and Alfred Stieglitz in their emphasis on soft focus, fine detail, and deliberate composition. Initially using black-and-white film, Twombly later captured vivid hues with a Polaroid camera, enlarging selected images through a special color dry-print process.

In Rome, Souvenirs of Time brings together shots that Twombly took of his studio interiors from the 1950s through the 2000s. These range from his 1950s studio on New York’s Fulton Street to his ateliers in Rome, Bassano in Teverina, and Gaeta in Italy, and in Lexington, Virginia. These images show his paintings and sculpture in situ and in varying states of completion, offering insight into his working process. Additional photographs depict domestic interiors and details of classical sculptures, presenting views of the spaces and forms that inspired him.

Sigh, Sigh, Sigh, a presentation of work by Tacita Dean that includes a series of her own photographs and film of Twombly’s studios in Gaeta and Lexington will be on view concurrently at Fondazione Nicola Del Roscio | La Fondazione, one floor below the gallery.

The Spring 2021 issue of Gagosian Quarterly features Jonathan Galassi’s poem “After Images,” which was inspired by Twombly’s photographs.

Gagosian will also present a grouping of Twombly’s fruit, flower, and landscape photographs at Paris Photo 2021, on view at the Grand Palais Éphémère from November 11 to 14, 2021.

Twombly received numerous accolades during his lifetime, including the Praemium Imperiale from the Japan Art Association, Tokyo (1996), and “Master of Contemporary Art” Golden Lion award at La Biennale di Venezia (2001). In 2010, Twombly’s permanent site-specific painting Ceiling was unveiled in the Salle des Bronzes at the Musée du Louvre; on that occasion he was named Chevalier of the Légion d’honneur by the French government.