The Transubstantiation of Shoe Polish 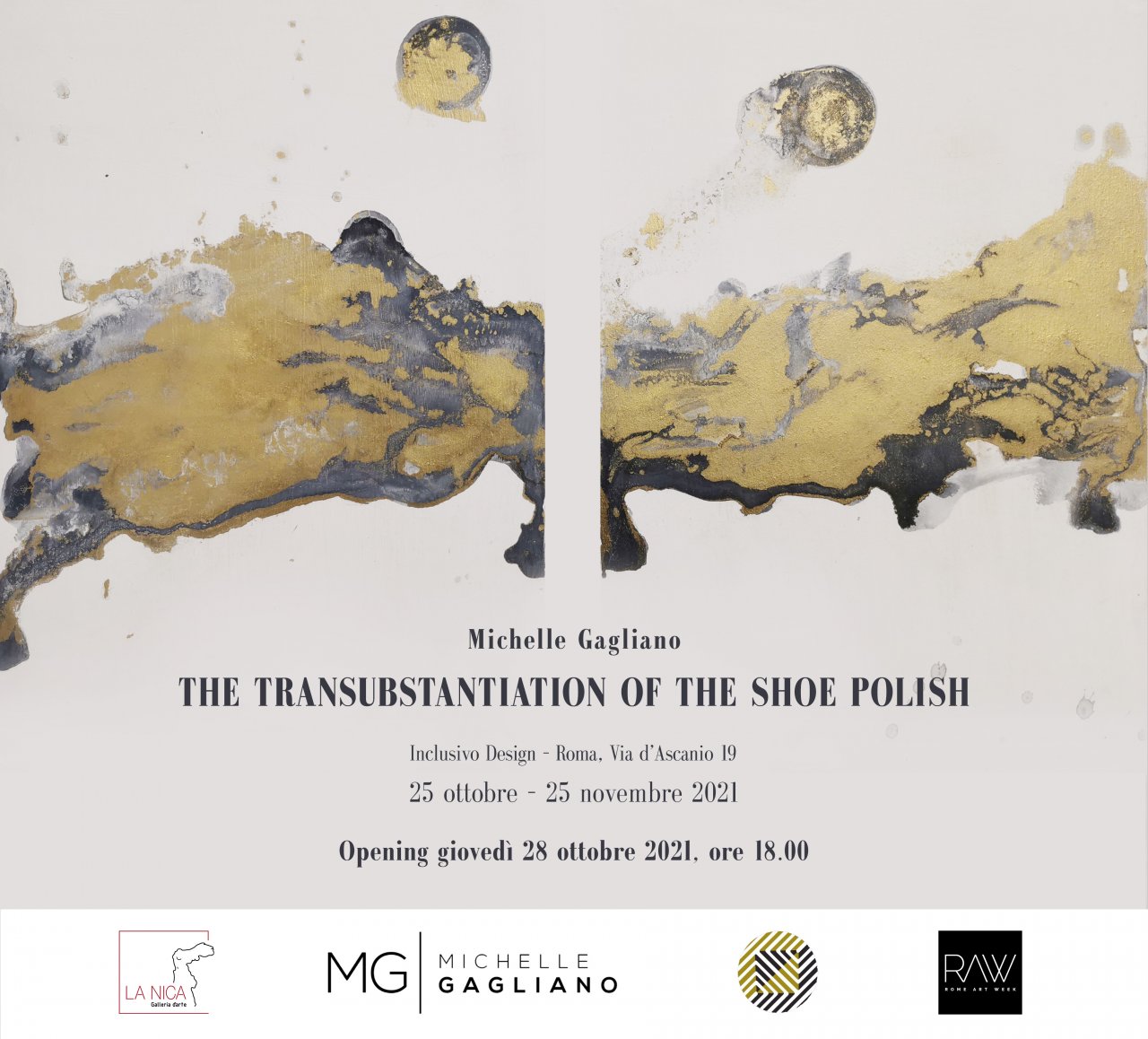 Thursday, October 28, 2021 at 6pm will be inaugurated at Inclusivo Design, located in Rome in Via d'Ascanio 19, the solo exhibition of American artist Michelle Gagliano entitled "The Transubstantiation of Shoe Polish". The exhibition, which will take part in the sixth edition of Rome Art Week, will be composed of the last cycle of works created by Gagliano during her artist residency in Rome and will mark the first collaboration between Galleria La Nica and Inclusivo Design.

In theology, transubstantiation indicates the transformation of bread and wine into the body and blood of Christ at the moment of the Eucharistic consecration; a term that, if juxtaposed to shoe polish as done by American artist Michelle Gagliano, acquires an absolutely new value, since shoe polish in America is the bearer of a political and social power that cannot go unnoticed.

Usually, shoe polish is left on a shelf waiting to be used; one of those dusty shelves located at the lowest point of the shoe rack. However, what for Italy can be just a trivial shoe polish, in America it has had the power to marginalize and make an entire community feel on the lowest rung of the social ladder by creating the history of "black face”. This substance being applied to the face of the white “Jim Crow”, a character of nineteenth-century origin whose clothes have been worn by different people for decades, has become a symbol of racism to the point of lending its name to racial segregation laws in the United States.

Therefore, the intent of artist Michelle Gagliano is to recover this material for her new cycle of artworks entitled Shoe Polish and transform it. Hence, the meaning of using the term transubstantiation, which wants to permanently remove from the imagination of people (especially Americans) the shoe polish and its history of repression that is still alive in the memory.

"The fluid river movements in my paintings refer to the metaphorical." (Michelle Gagliano)
In Gagliano's works the shoe polish becomes a liquid river that is transformed and purified by the waters, almost as if these were a baptismal font.

"I also want to remember all the innocent minorities who have suffered and who cannot be forgotten." (Michelle Gagliano)
With these works, in fact, the artist not only remembers but bitterly condemns the discriminatory activity of the first "Jim Crow" minstrels of the nineteenth century and the absurd "Jim Crow laws" to what happened in our present day: in 2019 the Governor of Virginia (where Gagliano currently calls home) was denounced for a photo dating back to 1984 in which the politician, still a student, had painted his face with black shoe polish, thus heavily mocking people of color; it is an act that eventually came to light and publicly humiliated its proponent.

"My artist residency titled ‘Vacanze Romane’ held during this summer 2021 inside La Nica Gallery gave me the time, space and opportunity to freely reason about the significance that shoe polish has had for so long in American culture. This material contains so much negative history. Through transubstantiation we remember its original use as it is transformed into another." (Michelle Gagliano)

"The Transubstantiation of Shoe Polish", curated by Galleria La Nica, will be on view from October 25 to November 25, 2021 at Inclusivo Design's spaces in Via d'Ascanio 19, Rome.

The opening will be held on Thursday, October 28, 2021 from 6pm in compliance with the current rules regarding the COVID-19 emergency. 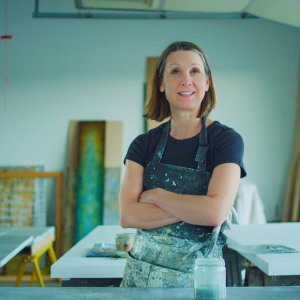 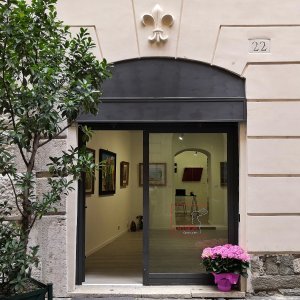