On October 23, the exhibition by Marco Verrelli will be inaugurated at the Tiber Art Gallery, entitled The suspended reality with text by Lorenzo Canova.

On October 28, a second inauguration will be held in homage to Rome Art Week with the experts and the most loyal customers.

From the text by Lorenzo Canova: "Marco Verrelli's painting, in its refined and rigorous drafting, seems to be born to represent the forms and matter of a parallel world, the many realities of an alternative dimension where everything has been replaced and where nature it appears to have been reconstructed in an absolutely artificial way “. 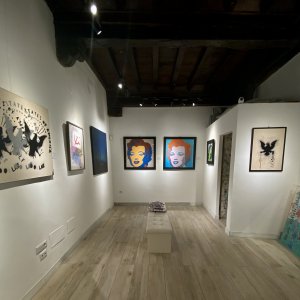