Impudent works by seven artists, from the series (S)exhibitions 2021/2022 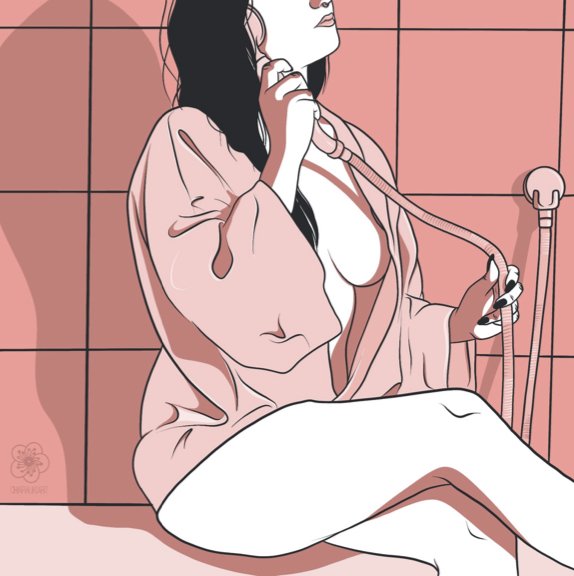 The title of this exhibition in the (S)exhibitions 2021/2022 series, also part of RomeArtWeek 2021, is inspired by the title of Luisa Sax's collection of 'Ludike Impudike (impudent) Poems'. Perfect for defining the exhibition, which in addition to Sax also features six other international artists, is one of her 'acid thoughts' from the book: "My vulva often laughs, even without your permission: the vulva evolves and no longer absolves you".

Chiaraliki.art (Milano, 1995), the art name of Chiara, showed a particular interest in art and drawing from an early age. She attended the Higher Institute of Advertising Graphics in Milan and graduated with full marks. Even before finishing her studies, she starts working in a typography as a pre-press graphic and printer. Hence her career as an artist, first as a Graphic Designer and later, in 2019, as an illustrator of EroticArt. In 2019 she illustrates the book 1000 strokes by the writer Jamais Jarivier and from this moment on the works in which he participates are many. Also in the same year Chiaraliki.art participates at the Biennale MArte Live in Rome, arriving among the 6 finalists for the illustration section. In 2020 she participates in the Cheap Festival project, La lotta è Fica, creating a poster that will then be exhibited in Bologna throughout the year. Also in 2020 she created, in collaboration with Skyn, a well-known brand of pleasure products, the illustration for the Variety Box Limited Edition. The most substantial projects of 2020 are made for the Spanish writer Irina Vega for whom Chiaraliki.art creates all the illustrations of the two books published by the writer. In 2021 Mysecretcase, one of the largest sites for the sale of erotic games, asks her to create illustrations to be placed on products and gadgets sold on their own site.

Wang Chen (Jinan, Shandong, China, 1991) builds up her unique mode of artistic creation by examining two major methods, found footage and original footage, in video art. She acquires her creating inspiration and power from the reflection of her past trauma and feeling of the present state of life. At the beginning of Wang Chen career in art practice, she regarded art more as a means of therapy to heal her early-life trauma. During the time of MFA study, the topic of Wang Chen’s artworks were most related to the traumatic memory of her childhood, her parents and her family. Alongside the exploration into her own view of the world, the theme of Wang Chen’s art-making extended from her inner world to the external real world. The focus of her art-related topics and material then spread out like ripples. She gradually laid her eyes on the present context over the past. At present, Chen does not only aim to create emotionally resonant artworks, to introspect her internal emotion and memory; Her works also interpret her perception and understanding of the world: diversity voices showed in her recent works such as feminism, LGBT, and attention of science and technology.

Luisa Sax (Milano, 1956). At the end of the 1970s she began to tread the boards as a saxophonist in the first Italian women-only punk band, the Clito (a name invented for them by Demetrio Stratos), who were hired by Fellini in 1979 for a scene in "The City of Women". You can read about this exhilarating experience in Jessica Dainese's book 'Le ragazze del rock', Sonic Press 2011. In the 1990s she devoted herself to musical and poetic sound experimentation, performing with the group of performance poets Baobab/Informazioni fonetiche di poesia, including Giuliano Zosi, Arrigo Lora Totino, Luigi Pasotelli and Tomaso Binga. His sound poems were published in issue 21 of Baobab, after the death of Adriano Spatola directed by Giovanni Fontana and Arrigo Lora Totino. He has published comic linear poems in various magazines, including Linus, Noi Donne and Towanda and in the collective book Ragazze non fate versi, Comiche rime aforismi e versacci di cinquantuno donzelle, edited by Alessandra Berardi and Daniela Rossi. The latter is also the founder of Riso Rosa, a women-only poetic/literary cabaret group, active mainly in Emilia Romagna, with which Luisa Sax has performed successfully. With her unpublished collection Poesie Ludike Impudike she was invited to the Costanzo Show and Antenna Tre (in the programme State Bboni, a comic parody of the Costanzo Show). She is present in Italian performance art edited by Giovanni Fontana, Nicola Frangione and Roberto Rossini, Sagep Editori (Genoa, 2015) and in the Bologna-based archive La Voce Regina (www.lavoceregina.it) directed by Enzo Minarelli. She currently publishes articles and aphorisms on the feminist blog Womenoclock.com. She is also a prolific video maker. Her self-produced videos and video-poems have been selected for many Italian film festivals. Some video poems and video aphorisms can be seen on You Tube.

Maria Laura Spagnoli (Amelia, 1960) graduated in History of Music at the Sapienza University in Rome and at the DAMS in Bologna in Institutions of Direction. In the 1980s, after her experience as assistant director of opera in the theatre, she began her life and work collaboration with Germondari. Their first short film went at Cannes IFF in 1994, and was followed by many other works, including the movies 'Sex Equo', finished in 2011, and 'Sex Novo' finished in 2021. In 2020 he graduated with a Bachelor's degree in Technologies for the Conservation and Restoration of Cultural Heritage.

Joanna Szlembarska (?????, Poland, 1997). She attended Państwowa Ogólnokształcąca Szkoła Sztuk Pięknych. At the moment is an animator at WJTeam and at the Studia Animacja at Szkoła Filmowa w Łodzi. Her first works are 'Quite water', from 2017, and 'The air smelled salty', from 2019. 'My anxiety', the video featured in the exhibition, is from 2020. In it, a figure in oppressive white struggles to make peace with her corporeality. 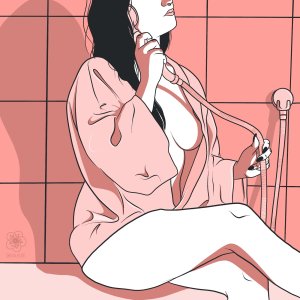