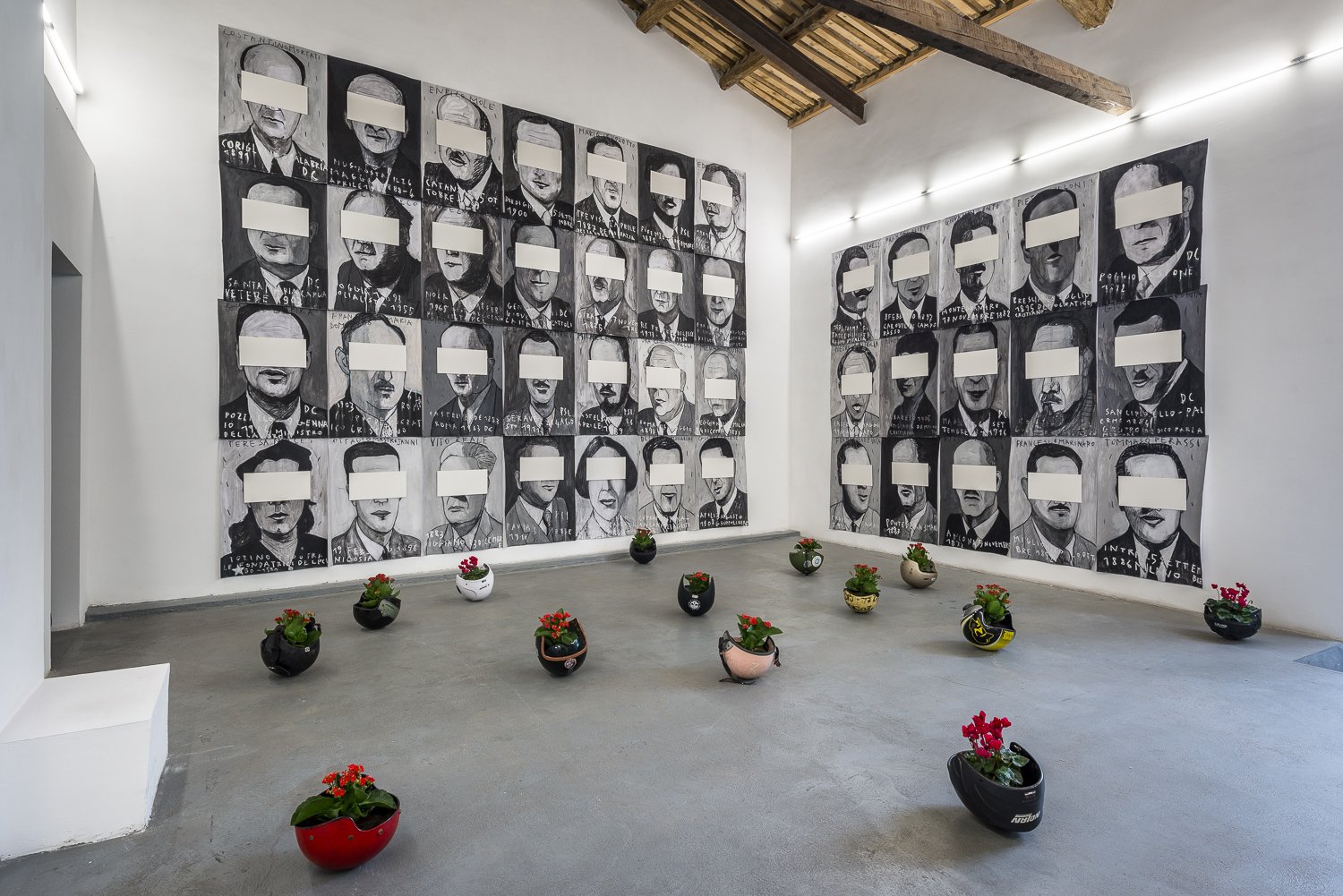 Wednesday September 23rd, 2020 AlbumArte - independent space for contemporary art in Rome - presents the solo show of Sandro Mele titled Paradigma and curated by Raffaele Gavarro. On display, 75 portraits of the Constitution Commission members, also known as the Commission of 75, which on July 25th1946 was appointed to write our Constitutional Paper. Seventy-five portraits painted in black and white on paper, 100x70 cm each, will take up the big walls of the main room. An assembly of characters and images which is ideally and conceptually connected to a video regarding the initiatives of the Certosa neighborhood Committee (near Tor Pignattara), located in the little screenings room, as told by its members, a group of citizens who work hard for the improvement of their community. A great installation, made of tens of bikers’ helmets filled with dirt, in which grow plants and flowers, will occupy the floor of the exhibition space, creating a landscape that represents the symbolic and silent testimony of the act of demonstrating carried out by the community. A sound device, in the first room, will reproduce the lecture by Piero Calamandrei to the students of the University of Milan realised on January 25th1995 regarding the equal opportunities. An issue that is still jeopardized today as, for example, not one woman was appointed to take part to the experts’ taskforce established by the Government for the management of Covid-19 emergency.

Paradigma represents a strange conjuncture of time and meaning. The project, conceived before the pandemic, was intensely enriched with ideas and materials during the isolation, as a reflection on the heavy social, economic and political consequences that it caused, and which inevitably led to establish some similarities with the most recent post–war period in which the Constitution was born. As then, it seems necessary to rethink and rebuild our existence and our communities through a more conscious political culture and, in order to overcome the serious crisis in which we all are, to produce a significant change in the current economic and social paradigms, that appears even more irrational today.

Paradigma will not be only an exhibition but a form of aggregation, of social encounter by means of didactic programs that will involve students of all ages. After this troubled period and the lack of complete training caused by the Covid-19 emergency, the workshops will seek to narrate the similarities between the time in which our Constitution was born and today, and above all the cultural, social and political values which - then as today - are needed to reconstruct our society in a new and better way.

The project has received the patronage of the Centro per la Riforma dello Stato (CRS) and Fondazione Lelio and Lisli Basso – Onlus and in collaboration with Flower Lab Roma. 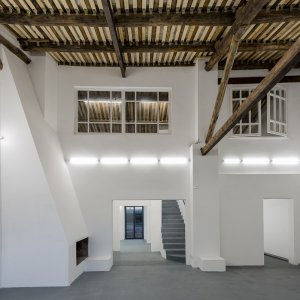