The human body and its infinite possibilities of interaction. 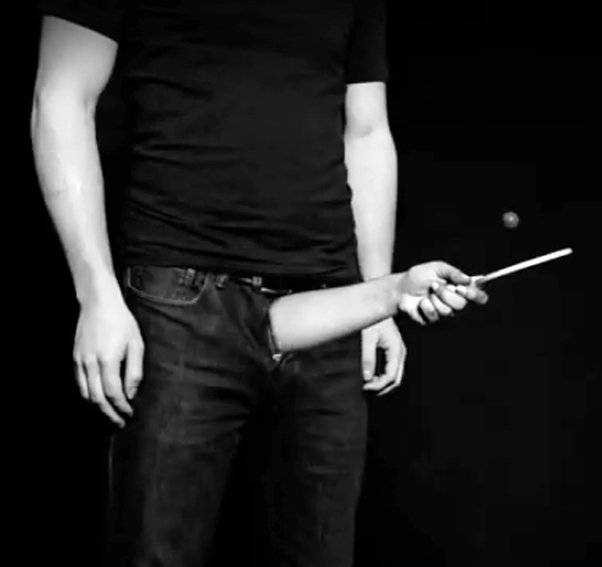 Opening time:  by appointment only, writing to wgermondari@mac.com

In this exhibition the human body is the protagonist, analyzed even without restraint in its infinite possibilities of social, psychological and naturally aesthetic interaction.

Hamutal Attar (Tel Aviv, Israel, 1992) is interested in exploring new links between animation and video-art. The video YYY AAA OOO explores the gap between a person and their soul, and the attempt to mediate between the two. The video is centered around a woman who struggles with her internal language. She reads the signs inside her body and vocalize them with primal voices. These signs move and twist, and her inner world gets wild and defies her. The collision between the woman's worlds blurs the boundaries between them.

Seungjoo Bae (South Corea, 1995) is a visual artist living and working in Paris. In her video she interacts with a 'sex doll': “I was interested in the body of the doll and its reasons for the hyper-realistic aspect compared to its use. The body is today a support for identification, but for me, I wanted to use it as a tool to experiment, to discover and to grasp the world. So I decided to meet the doll between body to body, without identifying with the real woman, the sex doll ... With my own sensations of the body as the only way to know it”. (S.B.)

Davide Di Votti (Budapest, Hungary, 1984) His main topic is the human body. The “Her…” collection was his first exhibition which debuted in Berlin in 2018. After this exhibition it was presented in Budapest, and was so popular that it was extended twice, and in Beograd, too. The “Her…” exhibition topic was for the LGBTQ tolerance, but especially for the acceptance of transgenderism. One of his model for the vulva prints was the most famous Hungarian transgender girl, Angela Novak. Davide Di Votti also made a breast cancer topic exhibition in London at 2018.

Isea Karsli (Firenze, Italy, 1996) is a photographer currently living and studying in London. She is born and raised in Italy but her parents have Turkish origins and she spent her last years between these two countries. About her video she said: “In our society the representation of reality has supplanted the reality itself; the so-called Society of the Spectacle incorporated the individual in attitudes and behaviours aimed to advance a distracted, image-saturated, consumer society in which we lost sight of the paradoxes and absurd mechanisms that drive our everyday life”.

Bertik Koronek (Rome, Italy, 1998) is the art name of this young and talented visual artist, who mainly uses photography and video. The photos in the exhibition are part of ‘Forray forever’, a series of images on virginity in its various facets; in them the naive childhood purity collides with the lewd obsession of adolescence. Perversions and morbidity that arise from the tedious torment of boredom in the solitude and isolation of home walls.

Denton Peter McCabe (Santa Fe, New Mexico, 1983). McCabe’s current body of work consist of collage, painting, photography, video art, and sound art. As a registered member of the Navajo Nation, McCabe’s work critiques global culture and contemporary identity as an individual and outsider peering in from the periphery of contemporary sociopolitical issues. Choosing to defy expectations placed on Native American artists, his work intentionally abstracts sexualitiy and violence, as a reaction to collective denial of our basic human instincts.

Veronique Pozzi Painé (Giussano, Italy, 1975). After the Artistic High School she graduated with honors from the Academy of Fine Arts of Brera (Milan), she attended the S.Martin College of Art&Design (London) and the University of Milan Bicocca- Faculty of Psychology, graduating in Disciplines of Social Psychological Research, carrying out long artistic/anthropological research in Asia. He currently works mainly between Milan and Berlin and his artistic research focuses on the contradictions and disharmony of the contemporary, unpredictability, impermanence and borderline situations.

Luis Carlos Rodriguez (Ávila, Spain, 1961) lives and works in Valladolid. Licensed in fine Arts, specialty Audiovisual Techniques at Faculty of Fine Arts of Bilbao (University of the Basque Country). He has been professor of the E. Applied Arts of Valladolid. Currently Professor Faculty Education - University of Valladolid, from 1988- to the present. He has founded and directed the SMAV, Audiovisual Media Service of the University of Valladolid and has directed several TV programs and several educational series. He has partecipated in many and collective exhibitions.