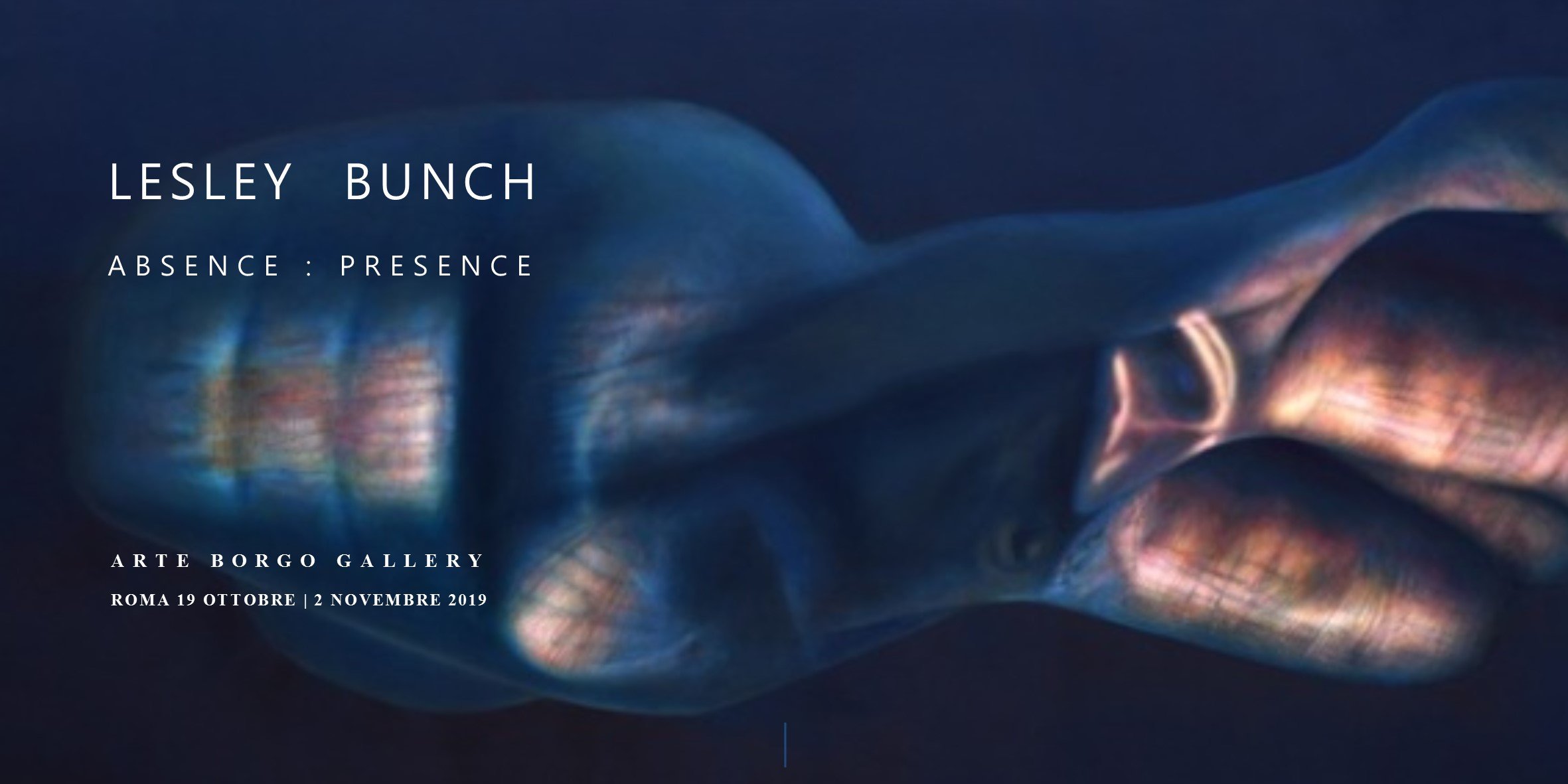 The artist, after having participated in several international exhibitions in Rome, returns to the capital for his first personal exhibition from October 19 to November 2, 2019 on the occasion of the Rome Art Week

Lesley Bunch lives and works in London. His work has been extensively exhibited in the UK, Europe, Asia, South America and the United States.
Born in Ohio, her childhood was spent in the Midwest. He lived in Tokyo for three years, where he developed an interest in Japanese art and culture.

He studied Fine Arts and Art History at Goldsmiths' College, University of London. This was followed by a Master's in Archeology at the School of Oriental and African Studies, University of London, where he focused on the Japanese art of the Edo Period. He recently completed a year of residency at Wimbledon College of Arts, University of the Arts in London.

ABSENCE: PRESENCE this is the title of the exhibition project in which the artist through his works wants to remove the boundaries of the pictorial language.

The presence is celebrated, despite the subject, on meditation, "turning" around the absence. The shadows are detached from their absent objects and cannot connote them; parts of the body are denied a narrative reading; the mechanical components are denied any conventional function.

Lesley Bunch has realized for ASSENZA: PRESENZA works inserted in three distinct paths in which unpredictable forms give life to reflections, focusing however the attention on the visual language that resists the verbal interpretation and is not fixed to the literal meaning, but an "absent presence ". It is something of our "hyper-real" world, an excessive undirected information that we send more and more to drift.

In ancient Greece, the shadow, or SKIA, meant "trace". Greek mythology traces the beginning of pictorial art back to the moment when a girl from Corinth traced the profile of her departed lover's shadow on the wall.

The shadows are fleeting, and in physics, described as "holes in the light". It is strange to think of a shadow as an entity. It is a real material fact, this physical hole in light, but produced in a natural way: it has neither a stable form nor a continuity of existence. Lesley Bunch's goal is to capture the track.

Jung regarded the shadow as the unconscious part of the self, which accompanies us, but is never completely revealed. For the series "Shadow, Other" he borrows casting objects which are given the emotion, the memory and the sense of identity of their owners. People's stories influence his manipulation of the object while the artist composes a shadow. Reproduced and rendered as if it were carved, the shadow becomes an independent detached entity, no longer anchored to its object, no longer a substitute for it. It is reduced to an unclassifiable, de-familiarized form.

We expect the form, composition, gesture or context to guide us in positioning ourselves towards a representation of the body, perhaps in terms of social hierarchy or a kind of narrative. The "Party" series intends to counter our attempts to read a representation of the body in any established way. A strongly cropped composition and the tangling of the limbs prevents the parts from being removed from ambiguity. There is a rejection of narrative and conventional psychological connection.

The "Party" series aims to attract the viewer and reject it in equal measure, in a dynamic phase of observation. The large scale suggests intimacy, but increases the discomfort of a spectator as a voyeur.

The "Parte" series is a "collection" of parts of the body, of arts, of "flesh".

But this is "flesh" that does not allow the fantasy of possession and its parts cannot become seized objects.

"Exchange 1", whose spiral of hoses is similar to a machine does not connect, will not allow the viewer to formulate and enforce an interpretation of the function.

It acts as a heat exchanger, but instead of containing fluid, it expels an ambiguous solid. The shadows are subtly contradictory. Although the surface is rendered in a determined way, its material remains indeterminable.

"Exchange 2" consists of a circulation tube, which culminates in two cut ends. It is empty of liquid. It is a machine that, as represented, could not fulfill its conventional function of exchange mechanism. 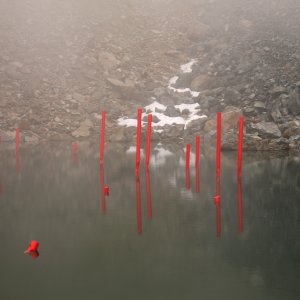