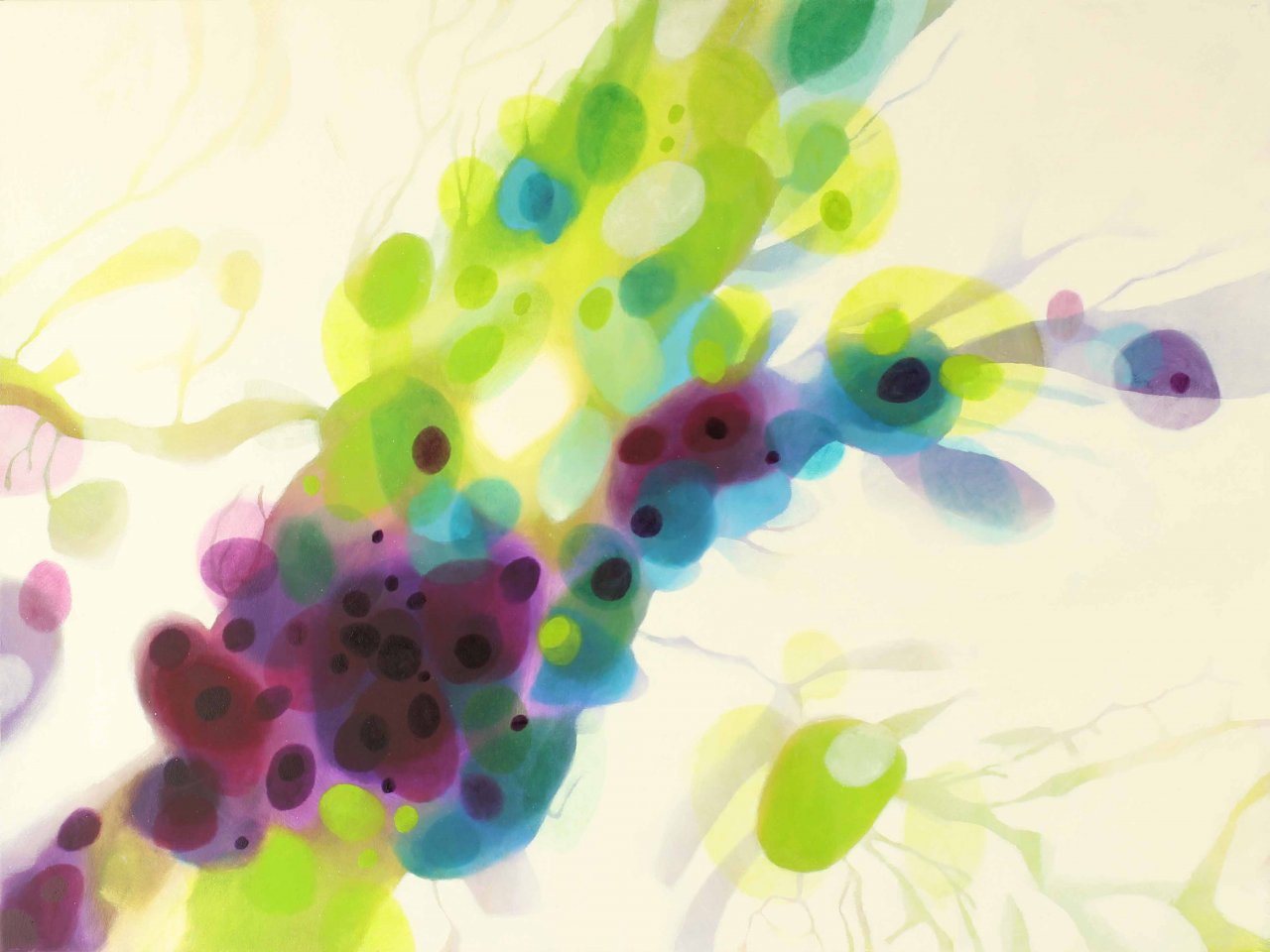 "Spiritual life [...] is the movement of knowledge. It can take many forms, but it always retains the same inner meaning, the same purpose” (Kandinsky, Concerning the Spiritual in Art)

The juxtaposition between Chiara Pasqualotto's work and Kandinsky's words is not only in the variety of forms, but in the inner life that animates them: they seem to regenerate from painting to painting, reborn each time in a different but connected way with the previous one.

It is a slow and meditated work, which also flows on several canvases at the same time, exploring the infinite possibilities and variations of the relationship between color and surface, observed as cells that multiply spontaneously on the slide of a microscope.The shapes are arranged on an ideal music sheet as chromatic notes, according to internal compositional rules as rigorous as personal, to which the viewer is forced to participate, attributing their meanings. This is why Chiara Pasqualotto's paintings do not have a didactic title and her forms have no name.In the interdisciplinary project for Link Campus University, Chiara’s works cohabit with a video made by Lucia Cadeddu (Lucideddu) and with music composed by Traindeville: the harmony that echoes the Gymnopedias by Eric Satie recalls the exercises that "i Poveri Ciechi" – the blinds once educated in the Casale di San Pio V - performed on the pianos, included in the exibithion. 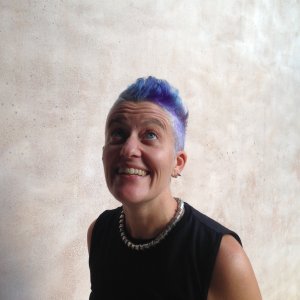