Guided tour of the show TAN LINES by Fredrik Værslev 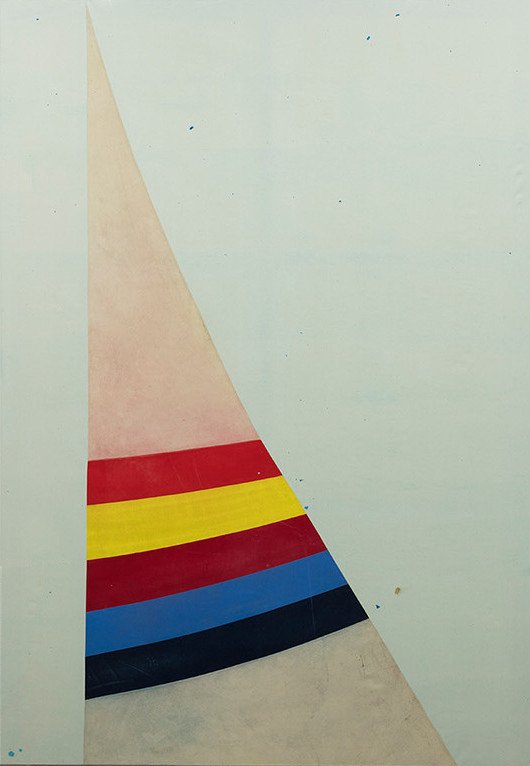 On October 24th at 5pm, during Rome Art Week, it will be possible to visit the exhibition and take advantage of the free guided tour. Free entry, no reservation required.

from 13 October to 22 December

Værslev's practice is a reflection on the act of painting as the result of a creative process dominated by the tension between careful planning and randomness. Interested in upending definitions, convictions and the limits of the pictorial medium, the genesis of his paintings is largely the result of a perpetual encounter/clash between control and chance. After having conceived an artwork with absolute rigour, Værslev often alters it through the intervention of fortuitous circumstances (exposing it to the weather, leaving it in nature or public places), or asking friends to freely modify and complete it, pushing the idea of appropriation to an extreme. Thanks to these processes, reality is physically deposited on the surface of the canvas, becoming part of an abstract composition where colour and pattern interact with a language of numbers and symbols. In Værslev's paintings, abstraction and figuration coexist, traditional materials alternate with the industrial, painting and graphic design merge, as well as the planned gestures of the artist with the accidental ones of fate.

Tan Lines presents two new bodies of work: the monumental Sail Paintings and Garden Paintings. In the Sail Paintings series, the artist combines fragments of canvases from both older and recent paintings on a monochromatic background, creating a composition that recalls the sails of a boat. The works present themselves as a complex hybrid where the cut-out canvases, combined and meticulously stitched together, merge with painted symbols that recall both the maritime environment and numerology, gestures and traces belonging to the artist’s own private sphere (such as the number 79, his year of birth). Trying to circumnavigate any classification of his work, Værslev subjects it to a process of continuous destruction and reconstruction to create visual and contextual fragmentation, leaving room for new meanings.

The Garden Paintings instead oscillate between painting and installation, presented as they are as wooden slabs that recall garden benches, but which are installed on the wall at eye level. Besides reflecting the artist’s profound interest in urban and suburban architecture, these works are the result of a slow, ten-layer painting process with a specially designed boat varnish. This element creates an intriguing dialogue between the Sail and Garden series, conceived to coexist as a metaphorical and, at the same time, real landscape in which to immerse oneself freely.

Tan Lines at Fondazione Giuliani is the third and final leg of an exhibition tour conceived in collaboration with Kunst Halle Sankt Gallen in Switzerland (November 2017 - January 2018) and Bonner Kunstverein in Germany (February - April 2018).

On the occasion of Videocittà (October 23-27), a film and audio-visual festival that foresees many different events taking place in Rome, Fondazione Giuliani will screen Gordon Matta-Clark’s film, Splitting (1974). The film was selected specifically by Fredrik Værslev.

With kind support from Office for Contemporary Art Norway (OCA).