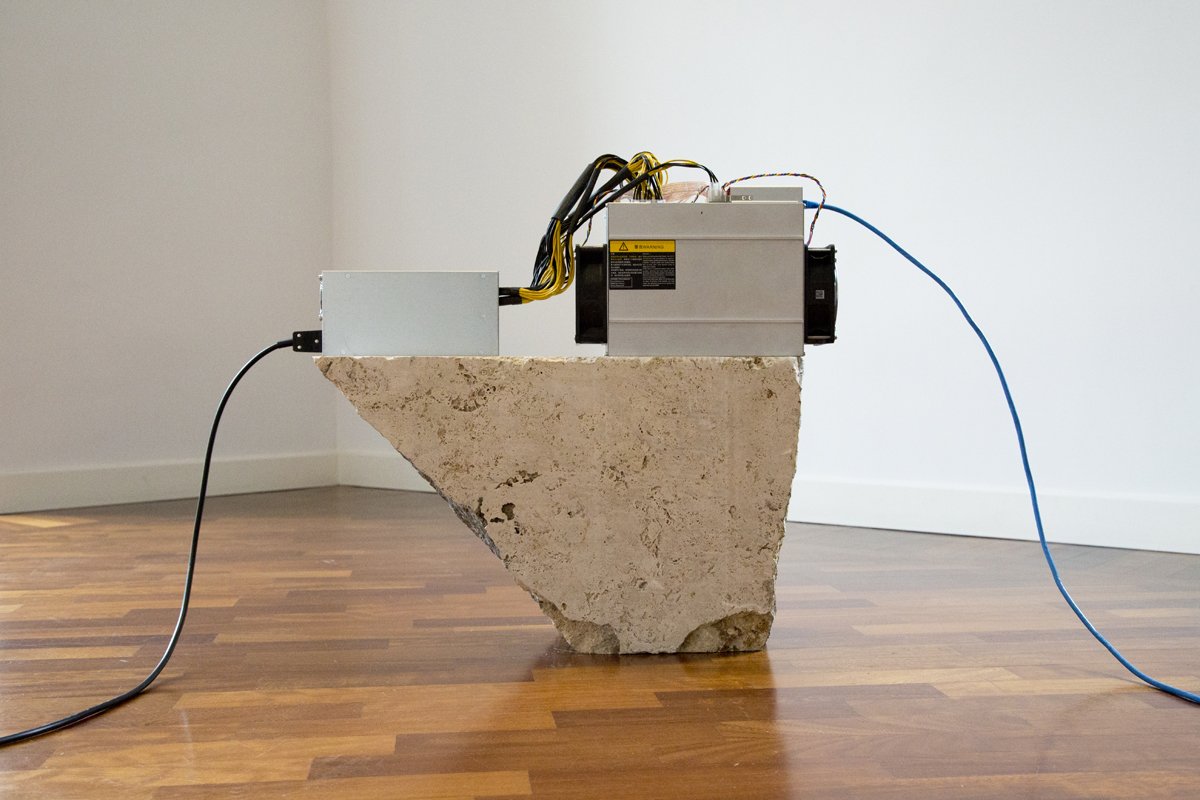 After his prestigious experience as an artist in residence and fellowship winner at the American Academy in Rome in 2015-2016, the artist has returned to Rome for his first solo exhibition, entitled White Paper. It is based on a reflection concerning the value that we attribute to certain items, including works of art: Siedlecki has considered the so-called Bitcoin miners, computerized calculators that are used to "extract" the cryptocurrency of the Bitcoin, which is now used on a worldwide basis to conduct economic transactions of all kinds.

This medium of exchange is now attracting a great deal of controversy in the media and has aroused the interest of the public, as well as that of millions of investors. The Bitcoin system is not regulated by a central bank, its value is determined by exchanges between users, and the traceability of its transactions is entirely entrusted to the network, without any other form of mediation. The technology behind cryptocurrencies – including the Bitcoin – is known as the Blockchain, an open and distributed network and ledger that that can record transactions between two parties efficiently and in a secure, verifiable and permanent way. It is thus a kind of modern-day notary's protocol or register.

The idea behind cryptocurrencies is to affirm a potentially revolutionary and utopian economic model, which nevertheless leads to some important questions about the potential lack of control of the transactions and the possibilities for facilitating financial speculation.

For White Paper, Namsal Siedlecki has created a series of sculptures in which technological objects such as Bitcoin miners are embedded in a setting consisting of natural elements. Wooden logs and stone blocks act as bases, pedestals and containers, giving life to hybrid creatures with unpredictable formal properties. This contrast is intended to encourage a series of reflections that can help the visitor to understand the exhibition, such as: the relationship between the virtual aspect of the cryptocurrencies produced by Bitcoin miners and the concrete reality of the stone and wooden elements; the function of these latter materials traditionally used for making sculptures but now used as "ambiguous" bases for electronic devices; but above all the value of the work of art, which – by incorporating the Bitcoin miners – makes it possible to produce wealth over time, by means of a paradoxical work that continually generates capital and that is autonomous from the artist who created it.

These miner-sculptures are linked up with hundreds of thousands of computers all over the world that are simultaneously working to extract cryptocurrencies.

The artist has also made several canvasses out of parchment, a material derived from organic animal tissues that – thanks to a meticulous task of processing in accordance with some very ancient techniques – takes on the appearance of a white and rigid surface, similar to a living skin. The use of this material reflects Siedlecki's interest in the passages of state that objects undergo, and their innate possibilities for changing shape and form, but once again he focusses on the concept of value and on the way parchment was related to economic exchanges. In fact the ancient registers upon which expenses, transactions and financial operations were written down were once made of parchment. By using it as a canvas, Siedlecki highlights its formal and material qualities, in much the same way as he does for the Bitcoin miners. These two very different supports and instruments, but they are both closely connected with the concept of economic development.

The expression White Paper refers to the "manifesto" of cryptocurrencies and the Blockchain, which is a fundamental text for the cultural, even more than the economic, diffusion and establishment of the Bitcoin.

Nevertheless, starting from a reflection on an economic phenomenon that is highly relevant today, the exhibition shifts our attention to the question of the value of the work of art, its possibilities for becoming an autonomous phenomenon, almost like an organism, that is capable of generating wealth, and the potentialities of objects and materials with some very different properties for combining with each other, and of being transformed.

With this exhibition smART - polo per l’arte continues its activity of exploration and reconnaissance of the contemporary art scene, as a continuation of the solo shows it dedicated to Valerio Nicolai and Carola Bonfili last year, with a view to supporting the creation of entirely new and original works specially conceived for its exhibition spaces.

We wish to thank the company BITMINER FACTORY for the support it has provided for the realization of the exhibition.

Namsal Siedlecki (Greenfield, U.S.A. 1986), lives and works in Seggiano, Tuscany. In 2015 he won the fourth edition of the Moroso Award and he is a Cy Twombly Italian Affiliated Fellow in Visual Arts of the American Academy in Rome. He has recently exhibited his work at numerous institutions including: Galeria Boavista and Galeria Madragoa in Lisbon, 2017; American Academy in Rome, 2016; Villa Romana in Florence, 2016; Frankfurt am Main Gallery in Berlin, 2016;  Luigi Pecci Centre for Contemporary Art in Prato, 2015; Antinori Art Project in Bargino (Tuscany), 2015; Sandretto Re Rebaudengo Foundation in Turin, 2014; Apparente Museum in Naples, 2014; Pastificio Cerere Foundation in Rome, 2013; Cripta747 in Turin, 2013; Bevilacqua La Masa Foundation in Venice, 2012. From 2008 to 2013 he managed the independent space GUM studio, first of all in Carrara, and then in Turin. www.namsalsiedlecki.com 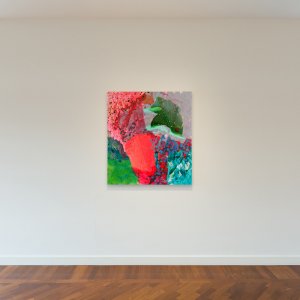