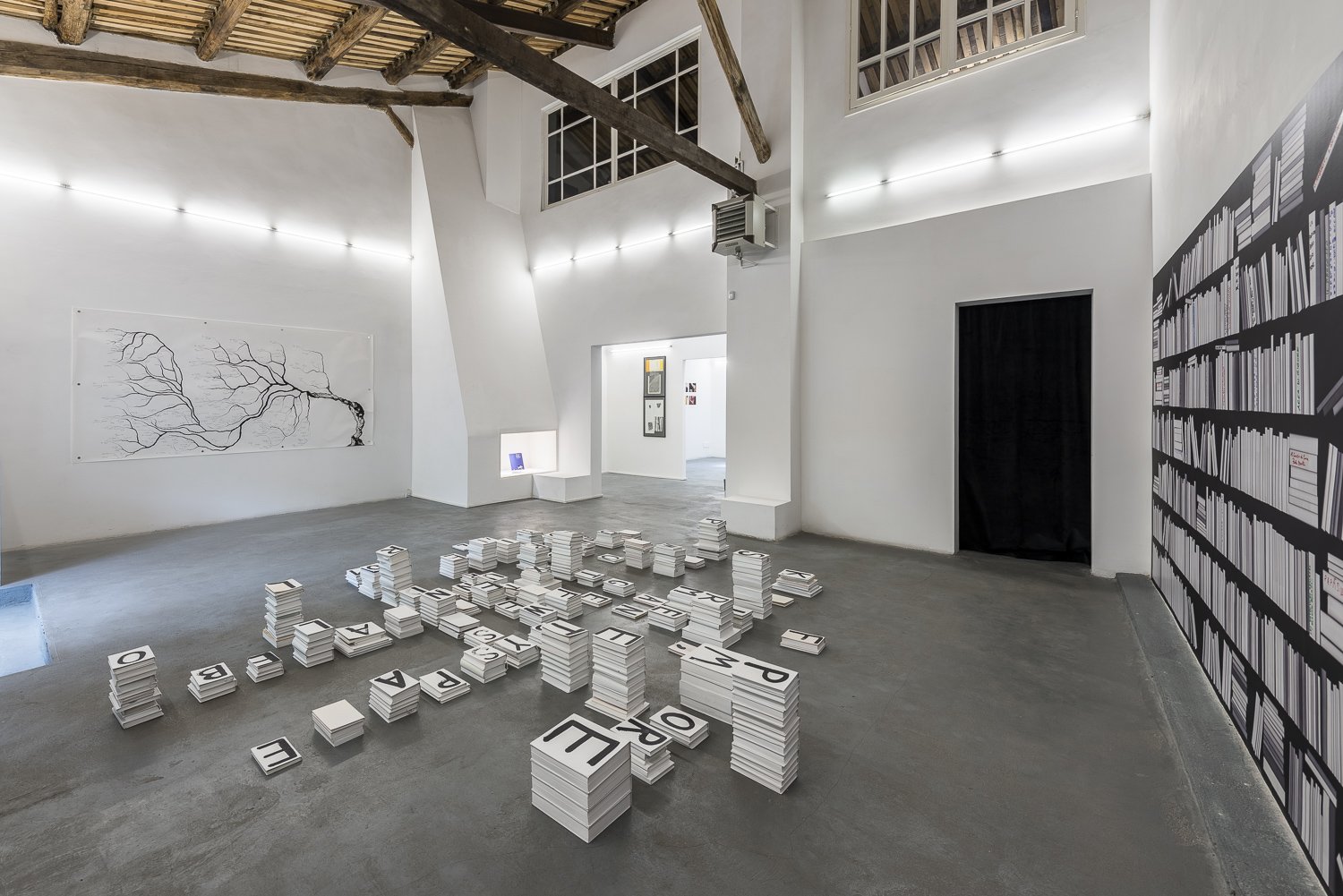 On Wednesday, 3rd of October 2018, AlbumArte, an independent space for contemporary art, inaugurates the double solo show of the artists Shubigi Rao (b. Mumbai, India, 1975) and Jaro Varga (b. Trebišov, Slovak Republic, 1982) titled About Books, and curated by Lýdia Pribišová.

The exhibition presents for the first time in Italy a series of works that have been specifically set up again for the spaces of AlbumArte.

Both artists, who come from different cultural, social, and political backgrounds but who nevertheless share a surprisingly similar artistic program, have a long history of working with the motif of libraries, which they see as a social construct produced by a specific historical period, as a space for knowledge and archiving but also as a tool of exclusion and political exploitation.

Singaporean artist Shubigi Rao’s range of interests includes ancient sciences, history, archeology, neuroscience, language, epistemology. She has been awarded the Juror's Choice Award at the ABP Signature Art Prize 2018. At the show About Books, Shubigi Rao presents Written in the Margins, a series of videos and one large-format drawing that are the first portion of material from her ongoing project Pulp: A Short Biography of the Banished Book, started in 2013. For this work, which explores the history of repression and censorship through books and libraries, Rao created a series of documentary films about public and private collections, libraries, and archives. Through the stories of these places, Shubigi Rao has collected various stories about the systematic eradication of knowledge, oppression through language, and citizens’ resistance to these phenomena.

Slovak artist Jaro Varga works with a wide range of topics such as geopolitical topography, archives, the fallibility of institutions, forgotten events from history, and intimate memories and stories. On the occasion of About Books exhibition, Varga presents three site-specific installation. Library takes the form of white and anonymous books wallpaper; this nameless library invites the viewers to add the names of the books they consider important. In this way, Library acts both as a collective intervention and a peculiar investigation on local politics and social trends. The text-based installation Untitled II is a collection of book titles that in some way contain the word end. Lastly, site-specific installation In Someone’s Else Dream is a series of cover books where Vargo has erased their original message to present a sentence inspired by Foucault’s writings in The History of Sexuality: “I cannot break free from the oppression of power, knowledge and sexuality”.

The exhibition has been realized with the support of the Slovak Art Council, the Slovak Institute in Rome and the National Arts Council Singapore.