Buck up and cry! Performance with Marco Marassi and Barbara Lalle

Makeup is inversely proportional to the strength of crying? 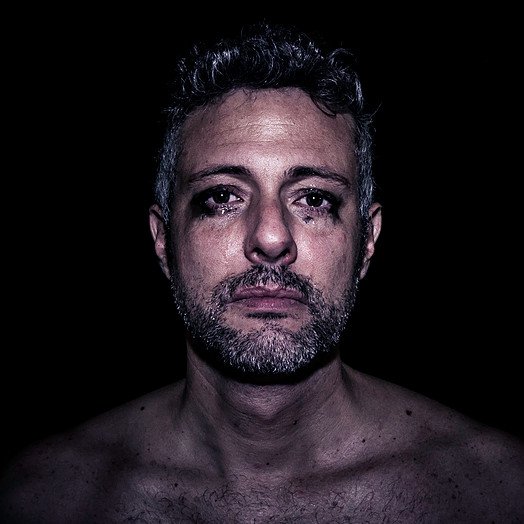 Buck up and cry!: The smartest and most artificial cosmetic was that for which man should not have to cry in any circumstance.

Trick and tears were often confused until they became taboo. Crying in antiquity, like all the human body fluids - blood, sweat, sperm - was synonymous with life and vitality. In extreme situations the hero cries and so he feels alive. After mourning and despair, he can be born again.

The weeping of men is already unveiled by women: women's tears are inexhaustible and exhausted, and those of men allow palingenesis. The weeping man is not a contemporary thing and surely the tears have a cathartic and strongly empathetic function. The weeping man is a positive value in the contemporary world as in the classic one: weeping cleanses the soul, giving vent to the sufferings.

Like tears, over time, trick has become a powerful vehicle of sometimes diametrically opposed concepts. In the past, the ideal of beauty had a spiritual meaning: the Egyptians, like the Greeks and the Romans, believed that beauty was pleasing to the gods. They used Kohl, a dark-colored powder obtained from grinding almonds, lead and copper, minerals, ash and ocher. In European countries, pale complexion became known as a sign of wealth and social position as in the Italian Renaissance. Around the Victorian period, facial trick began to be associated with prostitutes and actresses.

From patriotism to sexual emancipation: women who seduced men, women who have emancipated themselves from stereotypes of men who have idealized a feminine representation until they reapply them again, recklessly using cosmetics in a long evolutionary cycle.

Makeup is inversely proportional to the strength of crying? Do you make up for not crying or crying to get rid of a heavy trick?


Buck up and cry!
Performance by and with Marco Marassi and Barbara Lalle.

The initiative is not intended for commercial purposes of any kind, but is part of the cultural activities of the association.