Guided tour of the exhibitions: The April Theses, In the Russian East and Ritual 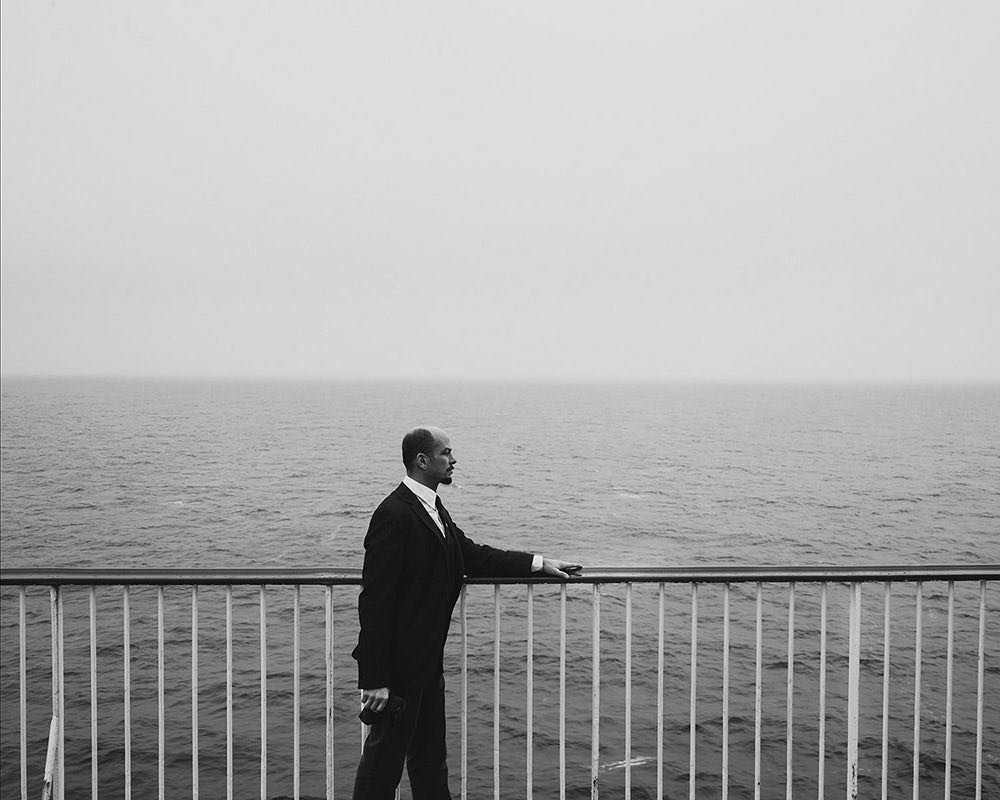 The April Theses, In The Russian East, Ritual

The Galleria del Cembalo, on the occasion of the centenary of the revolution

in October, it proposes three separate exhibitions, two by Davide Monteleone and one by

he left Switzerland, where he had been exiled. Eight months later he assumed the leadership of 160 million euro

occupying 1/6 of the inhabited surface of the globe. On 9 April 1917, with the support of the

German authorities, at the time at war with Russia, returned to their native country on a train, through

Germany, Sweden and Finland to St Petersburg railway station in Finland on 16 June

April, where, after a decade in exile, he took over the reins of the Russian Revolution.

A month earlier, Tsar Nicholas II had been ousted from power when the Russian Army had taken power.

together with the workers' uprising in Pietrograde, the Russian capital. In a dotted document, known as

as "The thesis of April", Lenin calls for the overthrow of the provisional government and outlines the

strategy that, in the following seven months, will lead to the October Revolution and give power to

Lenin before the events that have changed forever Russia and the rest of the world.

in a physically real journey, the epic journey of Lenin, inspired by the archival documents found at the

Finland Station "by Edmund Wilson and" The Sealed Train "by Michael Pearson. The final result is a

retrace a journey through time and space. The exhibition consists of a selection of

prints from the book "The April Theses" (Postcart 2017) presented in the form of an installation.

Davide Monteleone - In the Russian East

Monteleone, a Trans-Siberian man, looks to Russia to ask himself about the future of the country. Emulating

Avedon in technology and content, Monteleone creates a geographical and temporal parallelism between

The United States and Russia at a time when relations between the two countries are at an uncertain historical moment. Like Avedon, yes

disinterested in it. The protagonists of the portraits (descendants of gold and fur hunters, children of

survivors of the Gulags, Jews of Siberian Israel and even heirs of ancient empires such as the Buriates

or the Mongols of Gengis Khan) become icons of contemporary Russia.

Davide Monteleone (1974) is an artist and visual journalist who works on long-term independent projects, such as

using photography, video and writing. He studied social issues, exploring the relationship between

power and individuals. Known for his specific interest in post-Soviet countries, he has published four books on this

Lewis/Kehrer/Actes Sud/Peliti, 2012) and Spasibo (Kehrer, 2013). His projects have brought him numerous awards and

grant, including several World Press Photos, the Aftermath Grant, the European Publishers Award for Photography and the

Carmignac Photojournalism Award. He regularly contributes to major publications around the world and his

projects were presented as installations, exhibitions and screenings at festivals and galleries around the world, including the

Nobel Peace Center in Oslo, the Saatchi Gallery in London, the MEP in Paris and the Palazzo delle Esposizioni in Rome. victim

Russian (1917-2017). The author makes tangible and concrete the metaphor of "burning everything that

dear "and literally burns the symbols of the era you leave behind, creating free space for a

At the beginning of the twentieth century, avant-garde artists were already highlighting and anticipating the

dramatic changes that were created in the social structure. Hence, the need to

to build the future on the basis of new ideals: to achieve this utopia, it seems to suggest

Tkachenko, it is essential to burn, clear, everything that is static, connected to the world

which hinders the new way of thinking.

The structures in flames are photographed in rural areas, in an iconic "free field", and the light of the

the dawn of the new era. Eight images are presented in absolute preview.

Danila Tkachenko was born in Moscow in 1989. After a long trip to India, he becomes passionate about photography and enrolls

to Rodchenko School of Photography and Multimedia Arts, Moscow. His first work, Escape, dedicated to hermits

in the Russian wildlife, receives the acclaim of international juries and is published in 2014 in a published volume

by Peperoni Books. In 2015, the book Restricted Areas was published in Italy by Peliti Associati, promoter of the award.