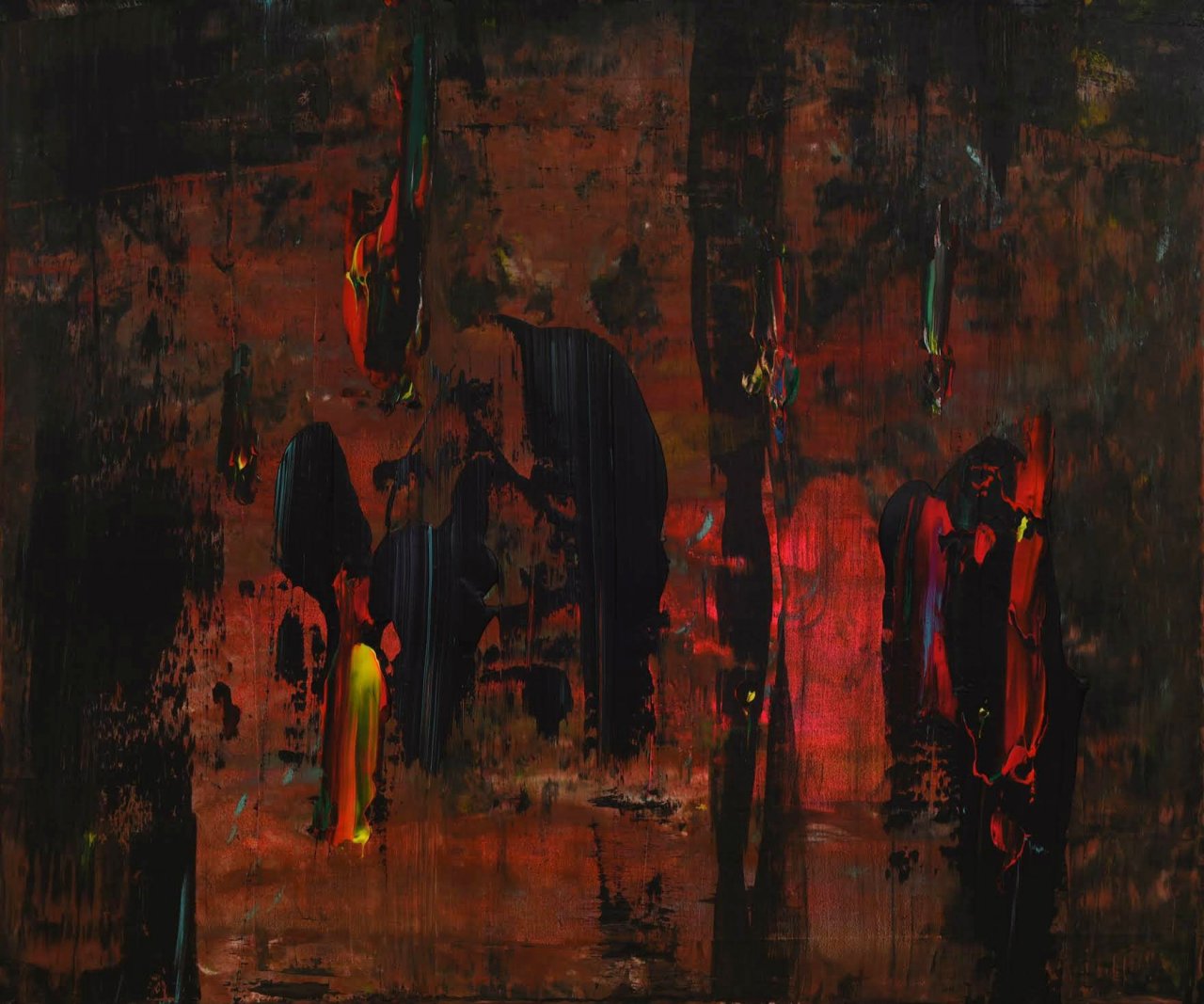 On Friday, October 6, at Palazzo Velli Expo, the first Italian staff of Melker Garay entitled "Think of the unthought". What can not be thought of: fifteen canvases from the Monokrom series, already exhibited in Norrköping and Moscow, and will fly to New York after the Roman experience.
In Garay, a Swedish nationalist writer from Sweden, in 2013, image and word can not be cut off: one accompanies and completes the other, enriches the meaning. Nonetheless, many works are associated with songs extracted from his collections of stories, novels, or reflections from artistic practice. Both focus on the dilemma, the paradox, the doubt. The existential void that the gesture of creation intends to fill.

There are seven published books, most of which are translated into English, Spanish and Russian, while for the winter will be given to prints in Italy "The Scarecrows - Twilight Tales" and "The Rat and other Cruel Tales. Acts to probe philosophical, theological issues and life-death dualism, present a scarce, essential, sometimes ironic language, and stage an enigmatic-questioning mechanism through which to blow every pretense of truth. Same devices on which the paintings are based. "Painting is for me the word impossible to express in a written text," explains the author, who goes on to say, "This is to resist and to doubt what is already taken for granted, of course, obviously; "A job has a multitude of transits, both small and large, both visible and invisible, both allowed and forbidden. I mean a labor-labor where every emancipation - both physical and psychic - is, at different degrees, painful. "
The title of the series, Monokrom, is indicative, but the whole show does not end in the repetition of the unique color. In the first canvases (2013-14) it experiences a vaguely abstract abstraction: tones accumulate and become shrill and tingling; or they overlap each other by creating geometric patterns, weave and warps, or surface movements like stormy sea. In the second part (2015-16), more material, where three-dimensional inserts may appear, there is a magmatic effect of crystallization of form; a primordial agglomeration of meaning that from the floor seems to try to get rid of it. Analyzing the works, Ida Thunström spoke of zen and influence of this tradition. Man begins to look silhouettes, and we are faced with the last figurative nucleus, recent. Unintentional self-portraits, parrots, flowers, cocks, and face hints; the color ribbon recalls the initial work: the cycle that has gone through three years has ended.

Melker Garay was born from Chilean mother to Chile in Chile (Tocopilla) in 1966. In 1970, the family moved to Sweden, in Norrköping, which has since become his city. As a writer he has published stories and novels, one of which, "mcv", can be defined as a form of conceptual art. His literature addresses the great subjects and the great existential and religious questions of the contemporary world. Some short stories have become short films and have taken part in international festivals, not least the Göteborg Film Festival and Berlinalen. "Kinski and Death" also had a theatrical transposition. He recently founded the Opulens.se magazine. The first personal exhibition is in 2014; the last one was held in Moscow in spring 2017 at the Central House of Artists.