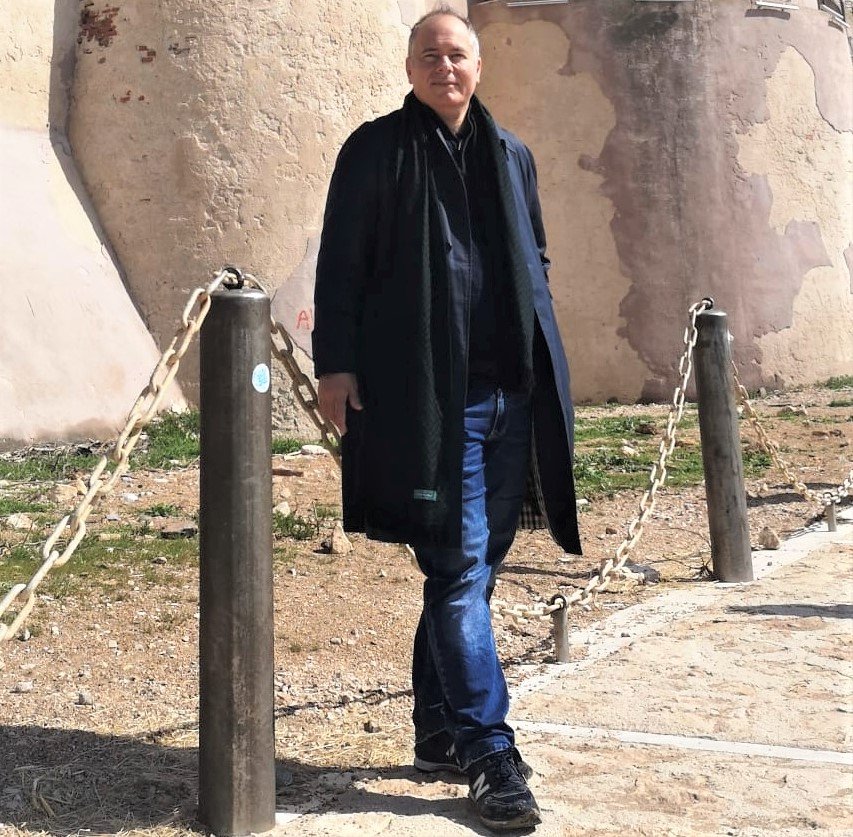 Languages:
Native Italian speaker; fluent in Spanish and English; reads Latin and classical Greek.
Key experience:
Extensive experience as a cultural advisor to and collaborator with foreign embassies and institutions, including:
• acting as a cultural attaché within foreign embassies in Italy.
• advising foreign ambassadors in Italy in connexion with matters of culture, cross-cultural communication, aspects of diplomatic relations and politics.
• collaborating with foreign cultural institutions in connexion with the preparation of conferences, educational programmes and exhibitions.
Extensive experience as a curator, art events organiser and art critic, with a proven capacity:
• to manage small and large scale public and private art exhibitions from ancient to modern art in a variety of mediums.
• to conceive of and to implement innovative exhibition concepts and associated educational programmes.
• to development and to maintain key stakeholder relationships including with artists, public and private donors, institutional investors, municipal and national governments, foreign embassies and the media.
• to raise funds for exhibitions and to manage all aspects of exhibition financing and general administration.
• to appraise and to introduce exhibitions, including planning and writing exhibition catalogues, media releases and promotional material.
A deep understanding of cross-cultural sensitivities, in particular those concerning cultural relations between Italy, on the one hand, and, Pakistan, Guatemala, Spain and Australia, on the other.

2006-2011 Significant critical collaboration with the (late) world-renowned scholar and Caravaggio expert, Maurizio Marini, who acted as a mentor in the analysis and consideration of the artistic and technical aspects of great master works and, in particular, those of Caravaggio, Velázquez and Ribera.
Selected media interviews:

12 July – 30 November: Curator of the solo exhibition “Ida Saitta - La Rinascita dei Paladini” at the hospital for children of Palermo (Sicily) supported by Foundation Terzo Pilastro – Internazionale and organized by Mediterraneum with the Patronage of the Municipality of Palermo.

6 – 22 April: Curator and Organizer of the solo exhibition “Gerhard Schwarz – Utopia di un viaggio con Goethe” at the Museum Venanzo Crocetti, Rome, with the Patronage of the Embassy of Germany in Italy, of the Iranian Cultural Institute of Rome, of the Regione Lazio and of UCOII (Unione delle Comunità Islamiche d’Italia);

11 November – 9 December: Curator of the solo exhibition “The Stuff of Dreams – Jonathan Hynd” at the Hyunnart Studio, Rome, with the Patronage of the British Council and of the Università degli Studi Roma Tre;

13 September – 20 September: Curator and Organizer of the solo exhibition “Boneyard – Francesca Beatrice Borri” at the Galleria Angelica, Rome, with the Patronage of the Ministery of Culture and Tourism of Italy and of Biblioteca Angelica;

25 February – 1 April: Curator and Co-organizer with the Embassy of Algeria in Italy of the solo antological exhibition “I Giardini del Paradiso – Abdelkader Houamel” at the PAN (Palazzo delle Arti) Municipality of Naples, Naples;

11 November – 6 december: Curator and Co-organizer of the solo exhibition “Per Aspera ad Astra – Andrea Frosolini” at the Italian Cultural Institute of Koln, Germany;

1 July – 31 July: Curator and organiser via Sphaerica of the exhibition “Roots for the Future” at Banca Popolare di Milano, Piazza Meda, 4; Milano

1 June-2 July: Curator and organiser via Sphaerica (an art events company whose president and founder is Ussani d’Escobar) of the exhibition “Homage to Maria Callas by Nikos Floros” at Teatro Comunale Bologna on the occasion of its 250th anniversary. (Catalogue Edition Sphaerica.)

18 December 2009-15 January 2010 – organiser and curator of a solo exhibition by Iginio Iurilli in Rome’s San Michele a Ripa Monumental Complex (catalogue - Arti Grafiche Boccia 2009, Salerno).
December 2009: In collaboration with the Instituto Cervantes, organisation of the International
Festival of Abstract Cinema (with entrants from 12 countries), which was realised simultaneously in Rome, New York and Cairo.

15-31 December – “Impronta Globale” (Global Imprint), an exhibition of leading Italian and foreign contemporary artists at the Rome Higher Institute of Fire Prevention (catalogue - H.L.Bettivò 2008, Rome).
June-September 2008 – in collaboration with Maurizio Marini, the technical design for and organisation of an exhibition of ancient art from the Museum of the Benedictine Monastery of Santa Maria de Montserrat, featuring, as the chief work, Caravaggio’s masterpiece “St Jerome Penitent”. The exhibition was slated for display at the Capitoline Museum in Rome, however, ultimately did not proceed.
21-29 April, – co-sponsor and active collaborator with the Guatemala Embassy in organising Guatemala Week, exhibitions and lectures hosted by the Genova Casamerica Foundation and dedicated to raising awareness in Italy of Guatemalan culture.

September-December – planner and organizer of “Flash of Dance”, an exhibition at the Rome Opera House, created together with the Fratelli Alinari National Museum of Photography, Florence (catalogue - Tipografia Miligraf, September 2007, Formello, Rome).

December: In collaboration with the Instituto Cervantes, organiser of the first National Italian
Competition of Painting, Sculpture and Digital Art at the Sala Cervantes, Piazza Navona, Rome;
and, together with Achille Bonito Oliva and another, I selected the candidates

October-December - coordinator of an exhibition by Dino Lanaro and the Corrente group artists in Rome’s Sant’Angelo Castle (catalogue - Mazzotta 2004, Milan).

July – Coordinator for Rome of “Hispanic American Baroque in Chile”, an exhibition in Rome’s Palazzo della Cancelleria.
Collaboration with the Instituto Cervantes in organising the “Comunidades Nocturnas” of Pablo Perez-Minguez, the photographer of Pedro Almodovar and of the Movida of Madrid and winner of the National Award of Photography of Spain, at the Sala Cervantes, Piazza Navona, Rome

Collaboration with the Instituto Cervantes in organising the solo exhibition of one of the most famous living Spanish contemporary artists, Miquel Barceló, in the National Gallery of Modern Art in Rome.


Selected research, presentations and writings:
2011-present Preparatory research in connexion with a forthcoming disquisition on iconology and the representation of the emotions in the fine arts.
2008 The author of the soon to be published novel, Seth.
2007 The author of the novel, Abraham. Racconto Fantastico, published in 2010 (ISBN 9788890486500).
2000-2001 Lecturer on “Language, Culture and Spanish Civilization” for “Progetto Humanitas”, a cultural association dedicated to long-term training and the development of creativity.
Jan-Dec 2000 The author of a series of articles published in “Prima Fila”, a theatre magazine distributed at a national level in Italy.
October 2000 Participant in the Ciudad Juarez Congress, Mexico, with a presentation concerning indigenous influences in the work of leading international writer Carlos Montemayor.


September 2000 Participant in the ‘Congress on Calderon de la Barca’ at the University of Navarra, Pamplona, Spain, with a research paper presented to the Congress on performances of El Gran Teatro del Mundo in Italy from 1930 to the present day (Calderon 2000, Vol. II, Acts of the International Congress, IV Centennial of the birth of Calderon, University of Navarra, September 2000, Kassel – Published Reichenberger, 2002). 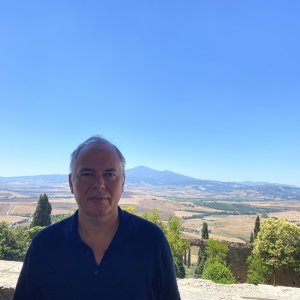 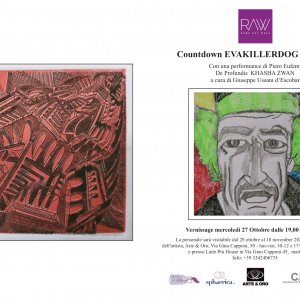 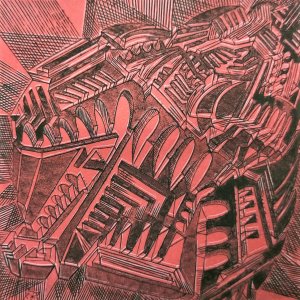