Giusy Lauriola is a visual artist born in Rome, where she lives and works. During the SyArt Sorrento International Festival, she was awarded the Arbiter Fata Verde 2021 Prize for her interesting and valuable artistic research and was given the front cover with an interview in the April 2022 Arbiter magazine.  In November 2021, she participated in the first contemporary art fair in Rome Arte in Nuvola. She also received a special mention, Honarable Mention, from the Circle Foundation for the Arts 2020, she was a finalist in the Premio Lupa 2020 and the Premio Celeste 2007 and she was the winner of the Museo Pier Maria Rossi competition in 2015. Her works can be found at the Copelouzos Family Art Museum in Athens, in the Art Collection of SanPaolo Invest in Rome and in other international private collections. She has also participated in the Contenporanea Art Fairs in Genoa, Padua and Parma. She is included in the 2020 edition of the Atlante dell'Arte Contemporanea De Agostini, the most complete survey of Italian artists from 1950 to the present day. In 2006 she was invited to exhibit as a guest of honour at the International Photo Festival in Lodz (Poland), then in 2010 at the Italian Cultural Institute in Damascus (Syria) with her solo exhibition Urban Visions in Progress and at the International Symposium in Idlib (Syria) organised by the Syrian Ministry of Culture.

Resin is a constant in Lauriola’s production, who over the years has developed a technique centred on the chromatic and structural relationship between liquid matter, pigments and the sign line. The latter is sometimes embodied in figures with a liquid line, intentionally far from a didactic figurative style, which over time has lost all connection with a mimetic realism and reached pure abstraction. Thus, the protagonists of her works are colour and light, symbols of the intimate dimension and the sign which, when present, lives in a timeless and metaphysical extension in which the idea of the past and the oneiric dimension become dominant feelings. 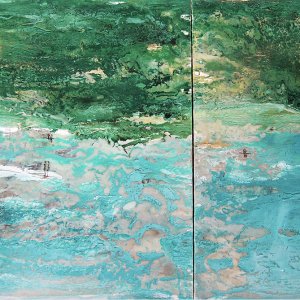 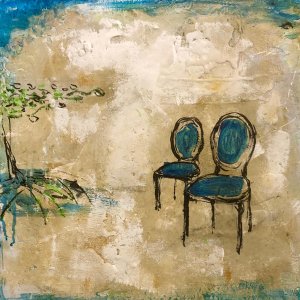 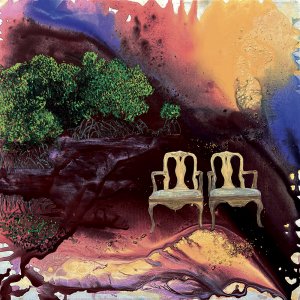 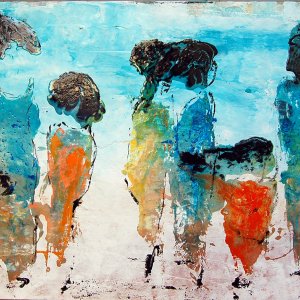 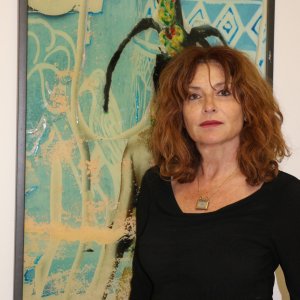 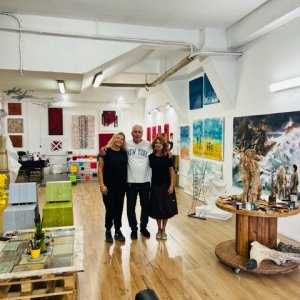