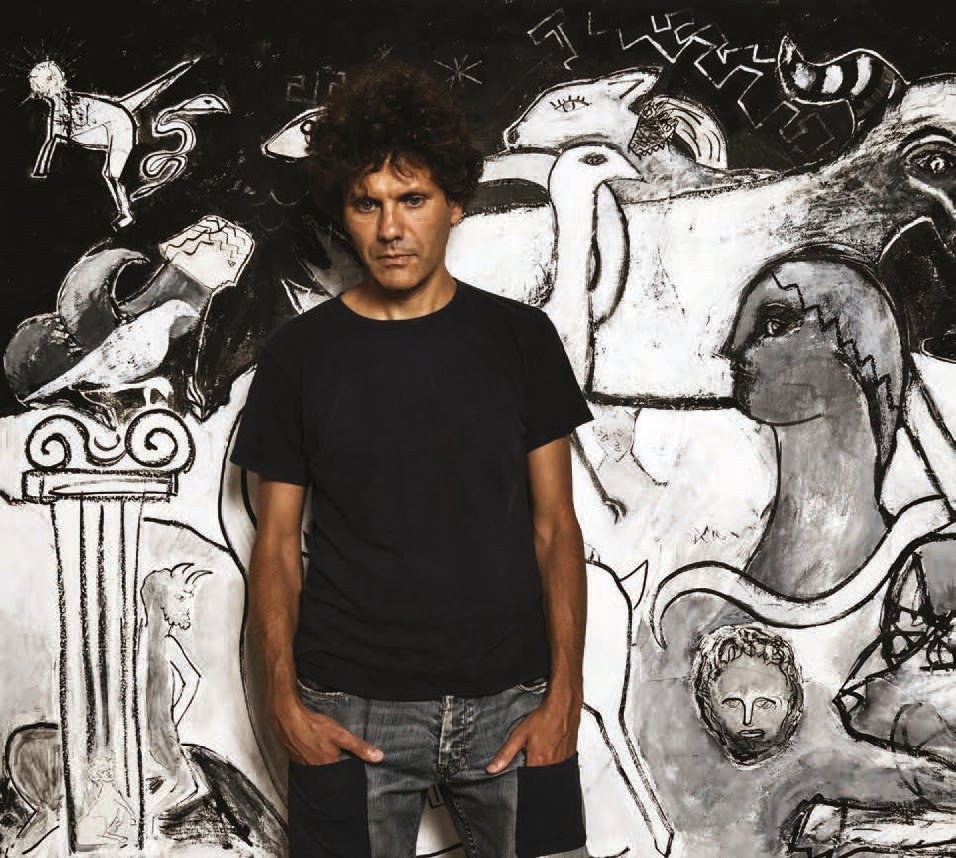 A graduate in Painting from the Accademia di Belle Arti di Roma in 2007, Lorenzo Bruschini was awarded scholarships to study in Paris at the Ecole Nationale Supérieure des Arts Décoratifs (ENSAD) and the Ecole Nationale Supérieure des Beaux-Arts (ENSBA). In 2008 he engaged in a meaningful correspondence with world famous poet and member of the Collège de France Yves Bonnefoy (1923-2016). To the evocative atmospheres of the poet, he then devoted the experience and works of “Initiation à la poésie“ (Artist Residency, Bedburg-Hau, Germany / Solo Exhibition, Teatro Quirino in Rome, 2009). Back in Italy, he established the Atelier Les Oiseaux Noirs and became one of the artists permanently represented by RvB Arts Gallery / Von Buren Contemporary in Rome. Over the following years he focused his attention on philosophy (Nietzsche and the theme of identity), music and ancient Greek, further pursuing them as a form of creative connection with his international contemporary art projects. Upon his return from France, he held the solo exhibitions "Self-Shaping Drawings" (Maison Gai Saber, 2012) and "Self-Shaping Paintings" (RvB Arts Gallery, 2014).

He is the author of the contemporary art project Viaggio a Hierapytna, that marks the beginning of an open research on the four elements (Earth, Water, Fire and Air). Along with the publication of the Artist's Book Scendeva simile alla notte (IanuArte, 2018), the first presentation of the travelling exhibition dedicated to the Hierapytna Project was held at Rome's RvB Arts Gallery.

In 2019, the French Academy in Rome commissioned him an environment scale video installation, Utopia, in collaboration with French-Venezuelan writer Miguel Bonnefoy. In 2020 he received the italian PSMSAD Fund Award (acronym for Painters, Sculptors, Musicians, Writers and Dramatic Authors).

In 2021, with the patronage of the Embassy of Greece in Rome, of the Municipality of Catanzaro-capital of the Calabria Region and of the Department of the Culture-city of Catanzaro, his solo museum exhibition "Scendeva simile alla notte" was held at the Complesso Monumentale del San Giovanni (Catanzaro, Italy), one of the most important museums in southern Italy. The exhibition, curated by Giuliana Stella, was promoted and organized by the Andrea Cefaly Foundation; the exhibition catalog was edited by De Luca Editori d'Arte. 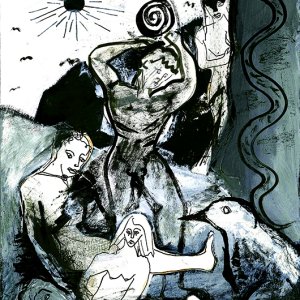 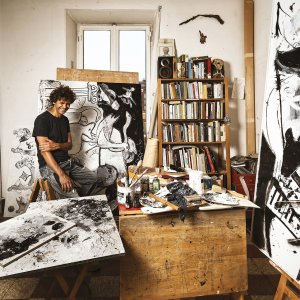