"To Lynn (Antonietta P.) was born in Southern Italy in September 198#. She is an independent artist.

BIOGRAPHY: It's all because of the pencils.

MESSAGE: Her production is figurative: watercolor illustrations and acrylic paintings.
The stroke is quick, immediate, the message prevails over the neatness of the drawing.
The style is concise, minimal, few colors are used, subjects are often in black and white, backgrounds are colored, sometimes pale.
The outlines of the figures are often intentionally undefined, the observer joins the points, as if it were a game. Perfection is in the mind of the observer, he can find the details, but in order to do so he needs to remove some elements.

The aim is to communicate in an authentic and visionary way.

Canvases and illustrations take inspirations from music, movies, everyday life scenes, domestic and urban life, and everything that circumstances may suggest. Conversely, commissioned artworks are based on phrases, songs and everything that is not directly connected to an image, precisely to avoid falling into mere execution.

Translating into an artwork a requested idea and not an image inverts the relationship between those who create and those who ask, swapping their places:

It's not the artist that imposes an idea to the client, it is the contrary instead; detachment disappears, but the personal vision remains.

She has organized many painting exhibitions, and she has taken part in several editorial and artistic project.

She prefers to exhibit in independent environments. She copies, sweetens, filters what happens." 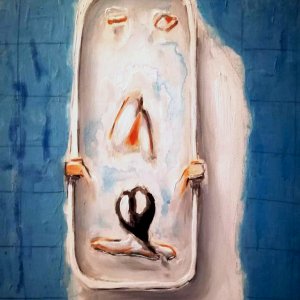 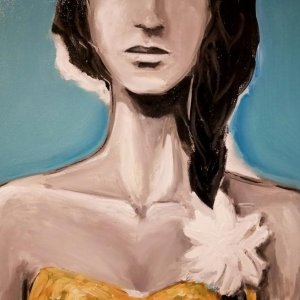 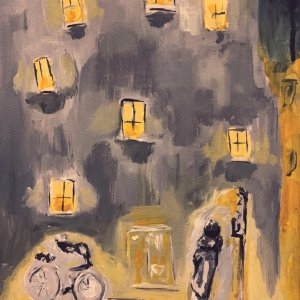 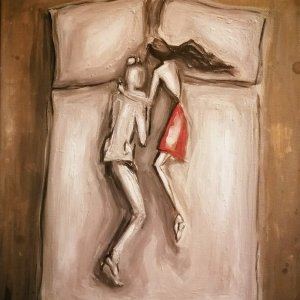 Write to To Lynn