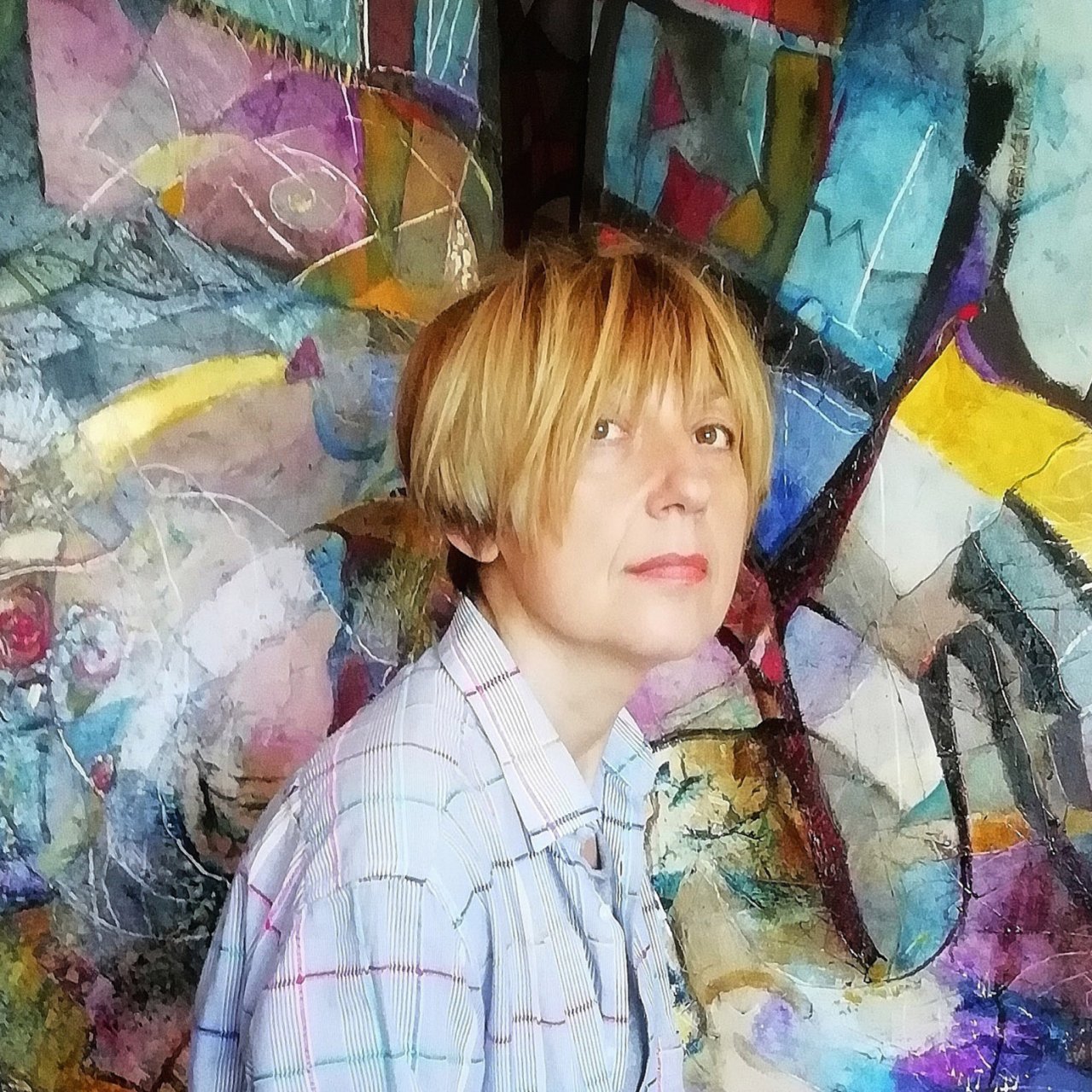 Born in Rome, she trained first at the Liceo Artistico di Via di Ripetta and then at the Istituto Europeo del Design. She has always cultivated a strong passion for art that led her to deepen over the years, in parallel with the acquisition of experiences in the field of advertising graphics, decoration and design of furnishing accessories, her pictorial research, which she considers a metaphorical journey of introspection, of self-knowledge. The constitutive datum of this journey starts from the feeling of belonging to one's own roots and culture. Existing or plausible landscapes are reinterpreted from a more rural to a metropolitan aspect. everything develops on an ultratemporal line and the building is never completed: the emblem of the ability, of the need to continually re-create oneself. In 2008 she exhibited her first solo show (I like to imagine) at the exhibition space "Bottega d'Arte", in the historic center of Chieti. This was followed, in the following years, by numerous solo shows throughout Italy, including Forma Libera Essenza (edited by Chiara Strozzieri) in Urbino at the Galleria Barocci repeated in the gallery La ricerca in Bergamo (2009), in Rome at the Lupigiada space in Via dei Fori Imperiali (2010) and in Rovereto (Appunti di viaggio) at the Sala Baldessari in 2011, the year in which he participated in the XXXVIII edition of the Premio Sulmona. Also in 2011 the exhibition, a charity event, at the Sala Verde del Fatebenefratelli, the one at the Sala Vincenzo Gemito (Le calde note dell'espressione) in the Galleria Principe di Piemonte in Naples and the solo show Anime Sospese at the Bottega dArte in Chieti. In 2012 and 2013 he exhibited in three solo shows: at the Scuderie Estensi in Tivoli, at the Museo Colle del Duomo in Viterbo (Kaleidoscope of new forms) and at the Mediamuseum in Pescara.

Between the end of 2014 and the beginning of 2015 he participates with his works in three collective exhibitions (L'Aquila, Vasto and San Salvo), exhibiting with the masters Salvatore Provino and Nino Attinà.

In recent years he has also actively participated in various cultural initiatives, and exhibited at awards, fairs and group exhibitions in Italy and abroad, bringing his work to London, New York, Nice, Harstad and Barcelona. In January 2016 is the personal "Città Sublimate", edited by Roberta Andolfo, at the Terraces Halls of Castel dell'Ovo in Naples, and in April the personal Passaggi (d)istanti in L'Aquila, at the Palazzetto dei Nobili. In August 2016 the exhibition "CONdiVISIONI", together with the artists Tanino Liberatore and Patrizio Di Sciullo.

In 2018, the Personnel Flexible sorting at the Pinacoteca Patiniana in Castel di Sangro (AQ) and takes part in the Collective "Human Rights?" in Rovereto (TN) at the Fondazione Campana dei Caduti. In the same year, in the role of organizer, the first part of the project "FALDUSfabrica", an exhibition spread within the event of cultural/artistic exchange between Italy and South Africa that saw the presence of South African Vice President Petrus Kgalema Motlanthe, Ambassador Shirish Soni and, among the artists, Gianfranco Gorgoni and Sebastiano de Laurentiis.

In 2019 she was invited to the VII edition of the PACI Prize at the Auditorium of the city of Isernia.

In December 2020 he participates in the XVI #giornatadelcontemporaneo, promoted by AMACI, providing his artistic contribution on the occasion of the online event created by "Stazione dell’Artexperience".
In 2021 he joined the "INTERNO 14 NEXT" project by Roberta Melasecca. In June you take part in "L'Aquilart", a widespread art exhibition in the historic center of the city.
During the summer, again in Abruzzo, he takes care of the street art project "The rediscovered thread" as part of a territorial and cultural redevelopment plan.
From 12 September to 12 October he participates in the "Contemporary Classic" art review, curated by Elio Rumma and Paolo Longo, at Villa Mergè in Frascati.
And, again curated by Elio Rumma, she will participate in a project of contemporary art itineraries in Cilento. 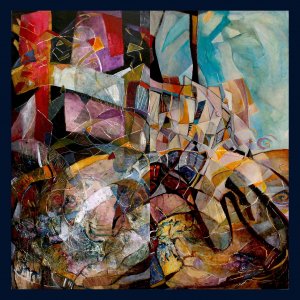 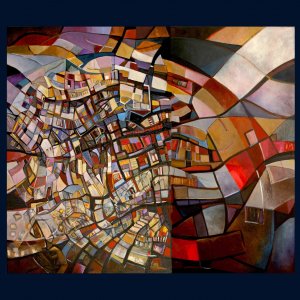 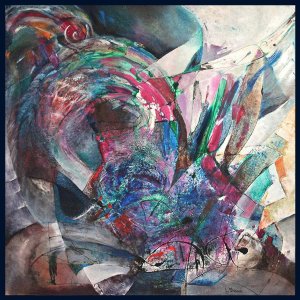 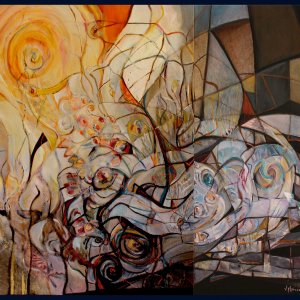