Marta Alexandra Abbott was born in Amsterdam and grew up between Connecticut and Prague. She lived in New York City before settling in Rome, Italy. Marta has studied painting, drawing, art restoration and floral design. From early on, her fascination with the natural world has informed her work, including style, subject matter and the mediums she chooses. Working primarily on paper, her mediums include water-based pigments and organic and non-traditional materials. While she now focuses her exploration of botanical forms on paper, she also spent several years working in floral design in New York, Rome and Milan. In her work, Marta attempts to make permanent that which is fleeting, embrace the materiality of both her subject matter and her medium, and communicates her effort to understand the human experience of nature and beauty.

Marta Abbott’s series Floral Echoes is an exploration of flowers at different stages of decay juxtaposed with an investigation into a creative process new to her studio: capturing her subject with a scanner. The series focuses on the elements of the organic form that often go unnoticed. She hopes to make these elements more perceptible to the eye through the context in which they are shown. Flowers are often used as symbols of love and beauty, and for good reason. Here,  however, flowers in their various phases of life also represent the cycle that plants, humans and every living being go through. They are a memento mori, of sorts. Not necessarily so as to remind one of their mortality, but rather that there is beauty at every stage.

Process is as important to the artist as the final result. The intended purpose of a scanner is typically to document and nothing more, but when used in different ways, it also allows for elements of imprecision and imperfection that reflect the beauty of the flowers themselves. It leaves a door open through with the imagination can enter. It is why Marta chose this method to record something as familiar yet mysterious as flowers. Bits of floral debris and specks of dust are sometimes left in the composition as a nod to the passage of time The floral specimens  depicted have a floating world to live in; one where they are suspended in time and in which their unique beauty becomes permanent rather than transient. The meeting of nature with the digital leads to the creation of a visual echo. 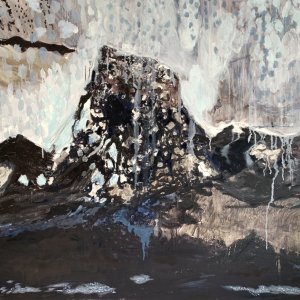